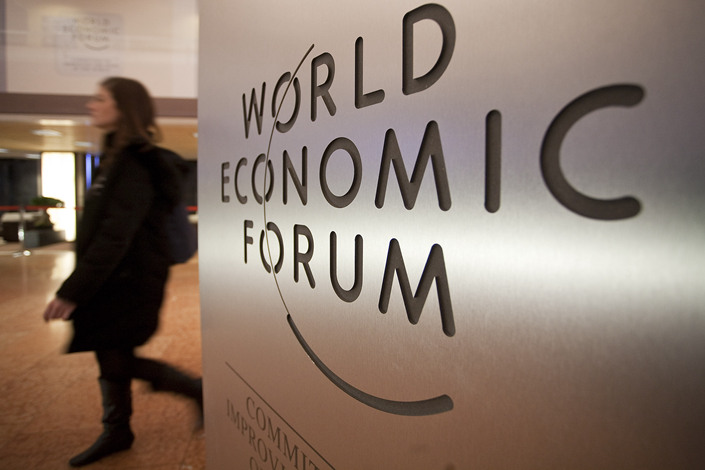 The World Economic Forum argues that free trade has increased prosperity across all nations over the past few decades, although it may have played some role in widening inequality within countries. Photo: VCG

Governments that attempt to address domestic inequality by resorting to protectionism and rolling back globalization will find their actions are counterproductive and could undermine the sustainability of economic growth in their countries, the World Economic Forum (WEF) has warned.

Economies that are more open are also more innovative and their markets are generally more competitive, the WEF said in its Global Competitiveness Report 2018, which was released in October. Free trade has increased prosperity across all nations over the past few decades, although it may have played some role in widening inequality within countries by reducing the income of some social groups.

“Policies should, therefore, focus on improving the conditions of those specifically impacted by globalization rather than favoring protectionism,” the report said, calling on governments to improve their redistributive policies, strengthen safety nets, increase investment in human capital, and adopt more progressive taxation to help reduce inequality.

The WEF's report comes amid evidence that globalization is slowing down and a constant assault on world integration, especially in trade, by U.S. President Donald Trump. The International Monetary Fund has warned that escalating global trade tensions and a potential shift from a multilateral, rules-based trading system have posed one of the biggest threats to world growth.

During his presidential campaign and since assuming power in January 2017, Trump has lambasted globalization for taking jobs away from his country and plunging workers into poverty. His hardline policies have strained U.S. trade relations with many countries, including its allies such as Canada. His policies have also fueled tensions with China, the world's biggest exporting nation, and the two countries are now engaged in an intensifying economic war involving trade, technology transfer, intellectual property rights, industrial policy and reform of the World Trade Organization.

The Trump administration has since July 2018 levied punitive tariffs on a total of $250 billion worth of products from China – roughly half of the country’s annual exports to the U.S. Beijing has responded with retaliatory measures on imports from the U.S.

The U.S. tariffs specifically target products that benefit from “Made in China 2025,” a blueprint announced in 2015 that offers subsidies to advanced technology industries with the aim of building the country into a globally competitive high-tech powerhouse. Washington's tactic has been seen by some analysts as evidence that the U.S. regards China as a rising competitor that it feels compelled to contain.

The WEF report was accompanied by a Global Competitiveness Index (GCI), a ranking of 140 countries based on their competitiveness in 12 “pillar” areas such as legal framework and law enforcement mechanism, infrastructure, macroeconomic stability, financial system, and innovation capability. The findings were based on a survey of nearly 17,000 business executives between January and April 2018 and statistics provided by external sources.

The U.S. topped the list with a score of 85.6 out of a possible 100 points that would indicate an ideal state where a country obtains top marks on every component of the GCI. Singapore and Germany were in second and third place, scoring 83.5 and 82.8, respectively.

China ranked 28th with a score of 72.6, the second-highest among developing economies, just behind Malaysia, which was in 25th place with a tally of 74.4 points.

The report noted that China and India are catching up with, or even outperforming, the average among high-income economies in terms of innovation.

For example, China is investing more in research and development than the average high-income economy, and in 2017 was home to 33% of the world’s “unicorns,” private companies valued at more than $1 billion, up from 12% in 2014.