Opinion: The Meaning of ‘Made in China’ Is Changing 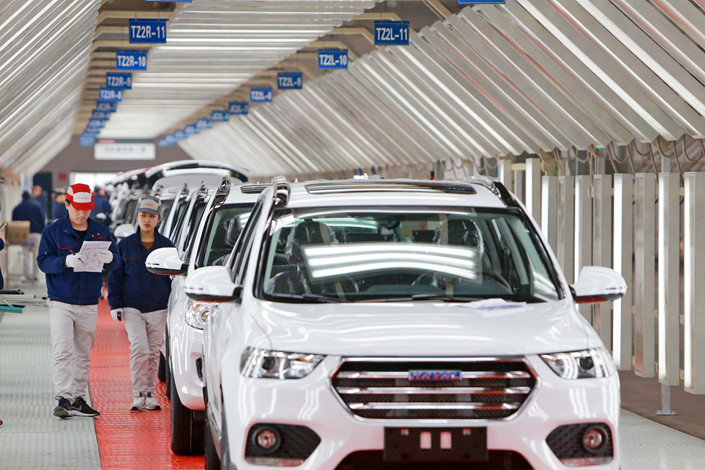 “The easiest thing in the world is self-deceit; for every man believes what he wishes, though the reality is often different,” said Demosthenes, the famous Greek statesman and orator.

Chinese products have a bad reputation in Japan. A good example is a recent experience of mine, on a flight from Tokyo to Seoul. When you fly with a stroller, you have to hand it to a member of the cabin crew just before you enter the cabin because of its size, even if folded flat. However, the stroller I used had a width of 37 centimeters (14.5 inches), height of 37 centimeters and a depth of 20 centimeters when folded flat. The height is therefore less than that of a sheet of A3 paper. Hopefully, that will give the reader some idea of just how compact it is.

Because of the stroller's small size when folded flat, I was about to take it on board when I was stopped by a cabin crew of the Japanese airline. After folding it flat, the crew member was amazed at how small it was and asked me where it came from. When I replied that it was made in China, the crew member gave me a dubious look and asked whether it was safe.

On the way back from Seoul the same thing happened. However, when I replied that the stroller was made in China, the cabin crew of the Korean airline expressed admiration for Chinese products in general and smartphones in particular.

Hopefully, the difference in the responses is clear. In most of Southeast Asia the response would be the same as in Korea. In my experience, Japanese consumers are alone in underrating China.

The fact that Chinese companies know this makes it all the more difficult for them to sell to Chinese consumers, but they have no choice. Most companies adopt and stick to a low-cost pricing strategy as a matter of course, paying little attention to quality. However, a small number do take this state of affairs seriously and do their best to improve the quality of their products. Such companies are worthy of attention.

With a population of nearly 1.4 billion, China has a lot of companies. While most follow the old ways and eventually fall by the wayside, a tiny minority survive by improving the quality of their products to the surprise of China's demanding consumers.

This raises the question of why quality has improved so much in China. The answer is: because Chinese consumers are so demanding. One reason they are so demanding is that, as incomes have risen, they now expect good quality when once they would have been satisfied if something simply worked. However, that is not the only reason.

While incomes have risen in China, they are still lower than in the advanced economies. The products Chinese consumers buy tend to be expensive compared with their incomes. While goods tend to trade according to the law of one price, wages vary (because labor, i.e., human resources, is not a tradable commodity). According to IMF data for 2017, China's per capita GDP is $8,643, only 22.5% of that of Japan at $38,449. If Chinese consumers nevertheless want to buy products with the same functionality, it is hardly surprising if they find the products expensive and complain accordingly. Moreover, as quality standards in the country as a whole are still low, consumers have little option but to take personal responsibility for checking the quality of the goods they buy.

Apparently that used to be the situation in Japan, too. As Japanese consumers are now well-to-do, they tend not to complain very much about relatively inexpensive household electronics and such. However, when it comes to big-ticket items such as automobiles and homes, they often raise their voices.

From the point of view of Japanese companies, customer complaints are feedback. Japanese companies tend to respond favorably to customer feedback as it helps them to improve their products. If feedback reaches the production site, it is easy to incorporate consumer suggestions into product improvements. If it does not, product developers have to rely on their own imagination when making improvements, a process sometimes referred to as "Galapagosization."

I said earlier that Chinese consumers were demanding. That is particularly true when it comes to time. Let us take Chinese logistics, which are said to be the most sophisticated in the world, as an example. The Chinese company Miss Fresh is committed to delivering fresh produce to its customers within an hour. If it takes any longer, its customers complain — loudly. The recent trend away from safety and health towards speed and convenience when it comes to ready-made meals is also understandable.

So what kind of Chinese companies are particularly good at improving their products? If you ask Chinese people in China what they consider to be "cool" Chinese products, the first thing they mention is smartphones. Most of the world's smartphones are made in China. Even if U.S. smartphones have been completely designed in the U.S., they are made in China. As many readers probably know, the quality of Chinese products has been improving. One example of this is Huawei Technologies. The company's product design is also starting to take its own shape. While some U.S. mobile phone providers have refused to sell Huawei smartphones, this illustrates the fact that Chinese technology has improved to the point where it is seen as posing a threat to U.S. national security. It has also been reported that an excessive reliance on one company, Huawei, is the reason the U.K. government is reviewing the makeup of its telecommunication-equipment market.

Another example of the kind of Chinese company that is particularly good at improving its products is automakers. There is a good reason why Chinese automakers have increased their share of their domestic market. Until about 2014, Chinese automobiles were considered cheap but of poor quality by Chinese consumers. Since then, however, demand has increased as their design and performance have been seen to improve relative to their price. A good example of this is the 2014 model of Great Wall Motor Company's Haval H6 SUV, whose price-performance ratio is such that China's demanding consumers have called it the "God car." Since then, a growing number of products from other companies have received a similar evaluation.

Smartphones and automobiles are not the only Chinese products that have improved in quality. Another example is cosmetics. While Chinese cosmetics manufacturers have yet to produce premium products, there is a growing number of mid-range products. One example of this is the Pien Tze Huang range of cosmetics launched in 2002 by Zhangzhou Pientzehuang Pharmaceutical, a time-honored brand famous for its traditional Chinese medicines. When I asked the investor relations representatives of the listed Chinese companies I was visiting which Chinese cosmetics they used or would like to try, nine times out of ten this company was mentioned. Backed by the company's strong brand recognition and Chinese consumers' trust in traditional Chinese medicines, the Pien Tze Huang series is developing into a new genre of premium Chinese herbal cosmetics. It seems that a company that has been dealing in traditional Chinese medicine for centuries is considered best qualified to produce cosmetics designed specifically for Chinese users.

In 1962, Kose, a Japanese cosmetics company established in 1946, launched the first range of premium cosmetics designed specifically for Japanese users (AULIC), to compete with European and US products. Shiseido, established in 1872 as a Western-style dispensing pharmacy, first became seriously involved in the cosmetics business in 1916, when it spun off its cosmetics division from the pharmacy. The fact that the company's founder had studied Western pharmacology and that the company had started as a pharmacy probably helped its brand image.

Another Chinese company that produces a premium range of cosmetics (Herborist) is Shanghai Jahwa United (also a time-honored brand). Other popular brands include Inoherb, backed by joint research with Shanghai University of Traditional Chinese Medicine, and Dr. Plant, which uses alpine plants as ingredients in its products.

As an economist, I spend a lot of time following Chinese macroeconomic data. However, there are some aspects of consumption that macroeconomic data alone cannot capture. It seems that one sometimes needs to enter the world of microeconomics in order to do this. One of those trends is the way that Chinese products have struck back and is the story of how these products have had to fight to gain the trust of China's demanding consumers. It is also, in my view, a retelling of the story of how Japanese companies had to fight to gain the trust of Japanese consumers in the past, although the fact that China is bigger than Japan means that some differences have begun to appear. I also believe that Chinese products will continue to strike back for some time — indeed, for quite a long time — just as appears to have happened in Japan.

The manufacturer of the stroller mentioned at the start of this report is the Chinese company Goodbaby. In 2014 Goodbaby acquired Cybex, a European stroller manufacturer. Japanese readers are probably more familiar with the latter name. Until 2017, Goodbaby's Pockit stroller sold for 30,000 yen ($264) or less. However, the Pockit Plus stroller it launched in 2018 costs more or less twice as much. It seems to me that the acquisition of a European firm boosted Goodbaby's brand image, enabling it to fully reflect the product's actual quality and appeal to the sales price. The day is not far off when Chinese products, long seen as cheap but of poor quality, are seen as expensive but of good quality. In fact, with the exception of Japan, that is how they are already perceived.