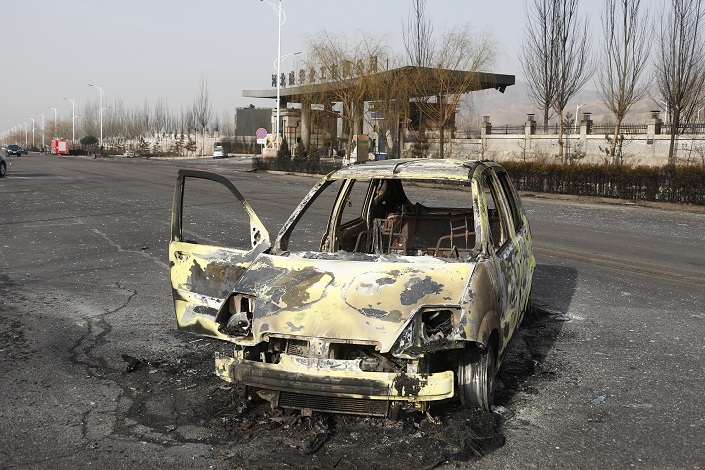 An explosion Wednesday that killed 23 people and injured 22 in Hebei was caused by a gas leak at a plant run by a subsidiary of state-owned ChemChina, officials said Friday.

The admission contradicted earlier state-media reports that a truck — carrying the flammable gas acetylene — caused the blast. Those media reports have since been deleted.

Instead, the explosion is being blamed on a gas leak at a factory owned by ChemChina subsidiary Shenghua Chemical Company.

Officials and ChemChina said a leak of vinyl chloride — a colorless, highly flammable gas also known as chloroethene — met an open flame and set off a chain explosion of trucks that were transporting chemicals to plants in the area around Zhangjiakou, a city in Hebei about 120 miles northwest of Beijing.

In a statement, ChemChina took responsibility for the leak and apologized, saying it would carefully investigate the incident and “make every effort to cooperate in the rescue of the injured and do everything we can to reduce losses.”