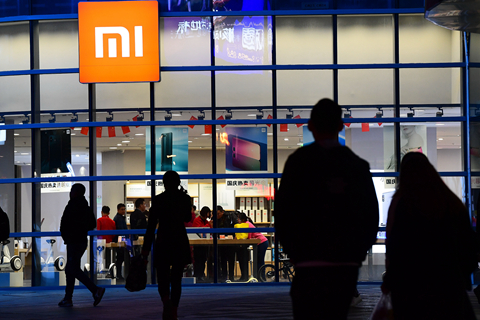 Chinese electronic-device maker Xiaomi Corp. is focusing on artificial intelligence (AI) and the internet of things (IoT) as its next growth fields as the world’s fourth-biggest smartphone maker sees sales declining in its core business.

Speaking at the company’s annual developer conference in Beijing on Tuesday, Xiaomi founder and CEO Lei Jun said AI and IoT will be the core strategy of his company’s business in the next five to 10 years.

“Xiaomi needs to be more open than ever and to connect more people and devices effectively,” Lei said.

Lei said AI development in the last two years has shown bigger growth potential for the IoT sector. Even though a smart voice assistant is just a small part of AI, it has brought a revolution to IoT devices, Lei said.

Xiaomi also said it will invest 100 million yuan ($14.4 million) in the Xiaomi AIoT Developer Fund, which will be used to support AI developers, hardware equipment manufacturers and AI technology companies.

Xiaomi entered the smart-speaker business last year when the market was increasingly crowded. Now almost every tech company has its own smart assistant. In the U.S., Amazon.com Inc. has Alexa and Echo; Apple Inc. has Siri and HomePod; and Google LLC has Google Home. In China, there are at least 50 brands of smart speakers.

To fight for a slice of the cake, Chinese smart speakers are racing to deeply discount their products. Xiaomi’s XiaoAi Bluetooth speaker carries a price tag as low as 49 yuan. Baidu Inc.’s Xiaodu smart speaker sells for 69 yuan. Their higher-end speakers, Xiaomi’s Mi Ai and Baidu’s Xiaodu at Home, both cost 299 yuan, still much lower than the cost of U.S. rivals such as Echo and HomePod.

According to the most recent quarterly research from Strategy Analytics, global smart-speaker shipments grew 197% year-over-year to reach a record 22.7 million units in the third quarter, putting the market on track to surpass 100 million units in use during the final quarter of the year.

Xiaomi, Baidu and Alibaba Group Holding Ltd. are in a three-way battle for leadership of China’s fledgling smart-speaker market. Xiaomi and Baidu each shipped 1.9 million speakers in the third quarter, tied for No. 4 globally, each with 8% of the market. They ranked behind Amazon, Google, and Alibaba’s Tmall Genie. Alibaba shipped 2.2 million units of its product in the third quarter, according to Strategy Associates.

Baidu, as a latecomer in the smart-speaker market, is growing particularly rapidly, expanding its share from 1% in the second quarter to 8% in the third quarter.

But Xiaomi claims its XiaoAi voice assistant as the No. 1-activated IoT consumer electronics smart system. XiaoAi had been activated on more than 132 million smart devices, with monthly active users exceeding 34 million, Lei said at the conference.

According to Xiaomi’s third-quarter results, IoT-related businesses contributed 10.805 billion yuan to quarterly revenue, representing an 89% increase over a year ago and accounting for 21.3% of total revenue, compared with 16.7% a year ago.

Meanwhile, during the third quarter Xiaomi saw its first smartphone sales decline in its home market in more than a year. As a result, the company’s Hong Kong-listed shares have lost more than 16% of their value since their initial public offering in July.