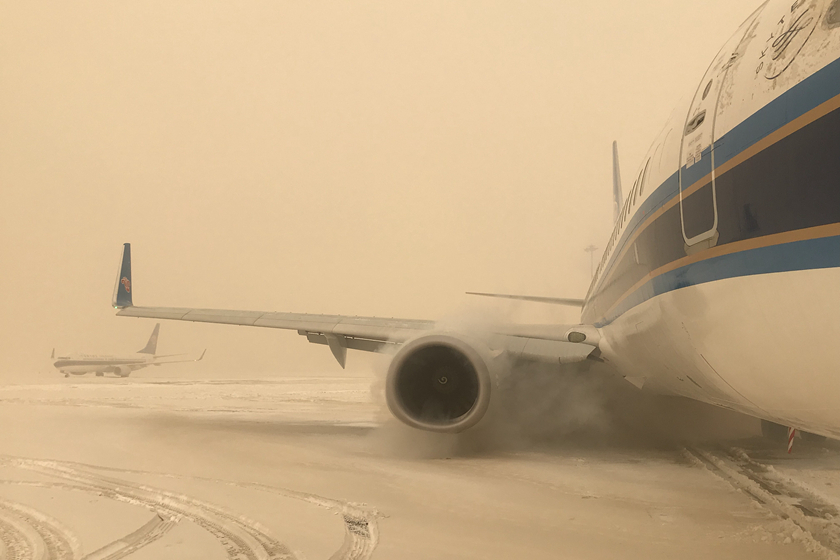 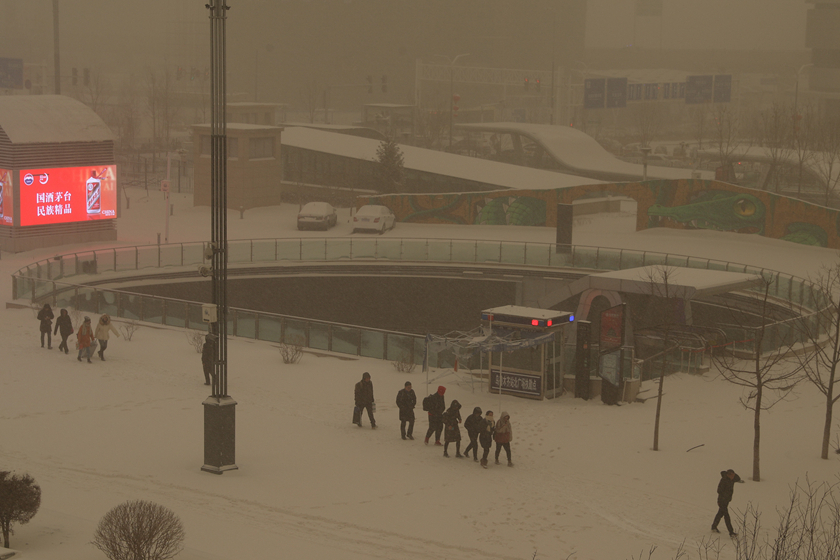 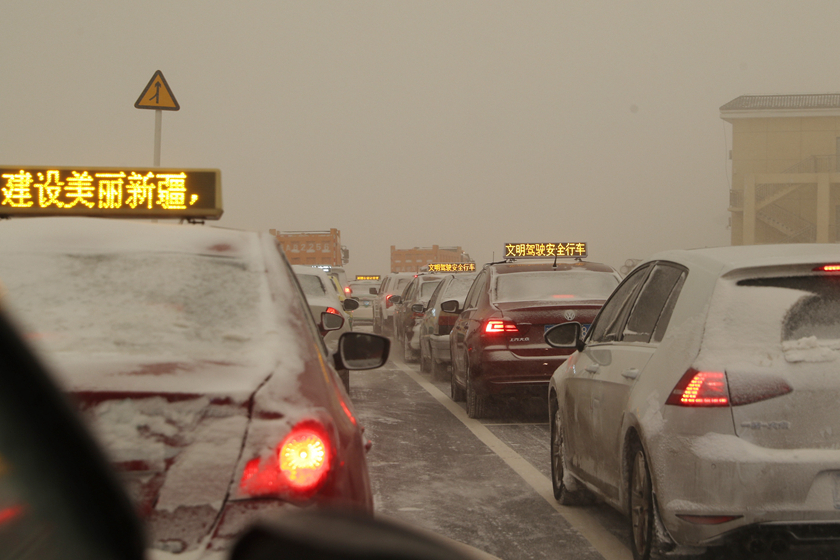 Traffic slowed to a standstill in Urumqi during the storm on Dec. 1. Meteorologists expected the harsh conditions to be concentrated in Xinjiang but said nearby regions might experience similar weather. Photo: VCG 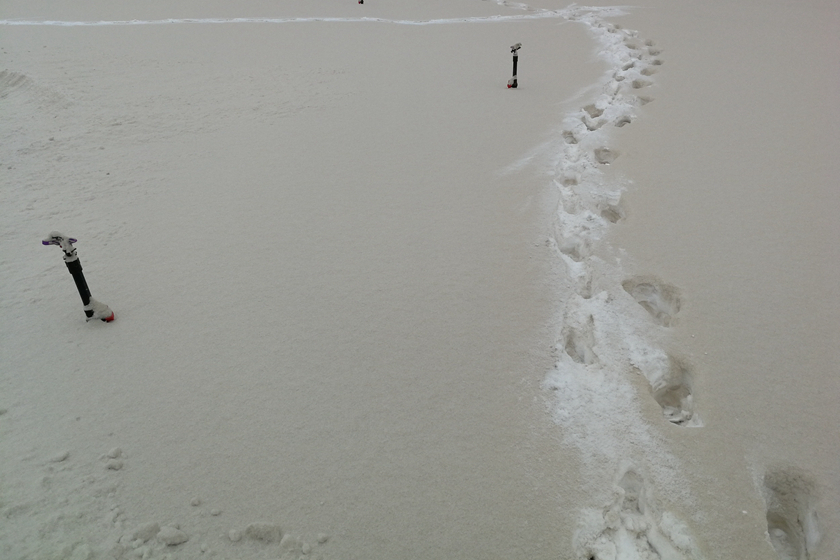 A layer of sand could be seen deposited on the top of the white snow on Dec. 1. Photo: VCG 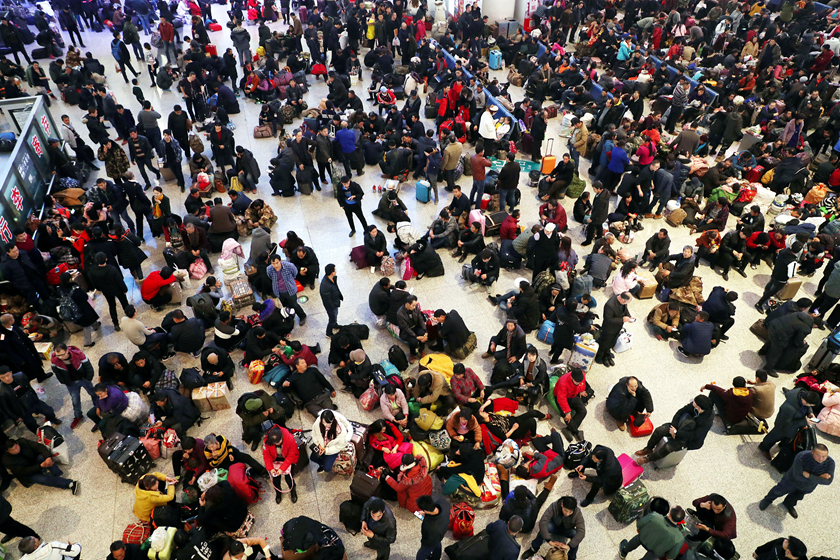 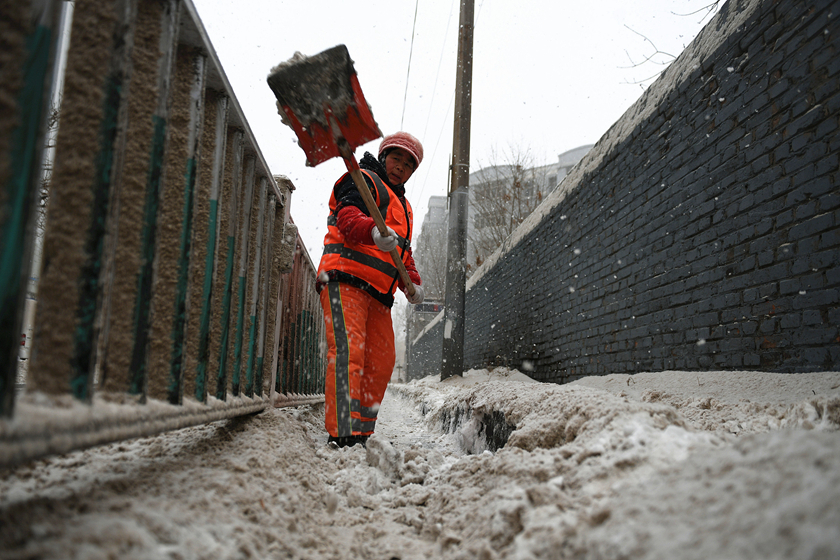 A sanitation worker cleans up the sandy snow. Photo: VCG