By Tang Ziyi and Zhang Erchi 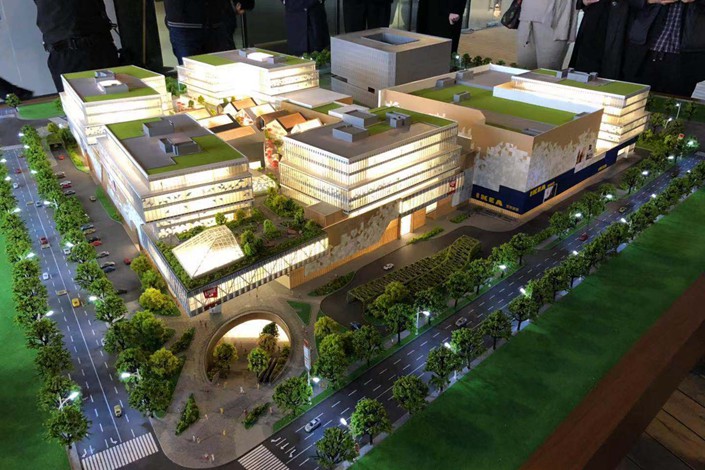 Ikea announced Thursday that it will build an 8 billion yuan ($1.2 billion) mixed-use shopping center in Shanghai, the largest investment the company has ever made into a single location.

The Shanghai Linkong Project, which will be built in the city’s Changning district near Shanghai Hongqiao International Airport, will be the sixth shopping center the company has either announced or built in China since 2009.

Ikea’s China president, Anna Pawlak-Kuliga, said the project marks Ikea’s new era in China, and that they are trying to do things they haven’t done in the past 20 years.

Ikea has built shopping centers — which can include malls, movie theaters and amusement parks — under its brand Livat in China since 2009, with centers operating already in the Jiangsu province city of Wuxi, Beijing and Wuhan, Central China’s Hubei province. The company has previously announced projects in Changsha, Central China’s Hunan province and Xi’an, Northwest China’s Shaanxi province.

The multinational furniture-maker already has 26 stores (link in Chinese) in China.

Chinese smartphone-maker Xiaomi announced on Nov. 28 that it would partner with Ikea to offer "smart home" technology in China. The initial collaboration will let users of Xiaomi's smart voice assistant XiaoAi control certain Ikea lighting systems from their phones.