Opinion: U.S.-China Trade Truce Is No Guarantee of Long-Term Solution 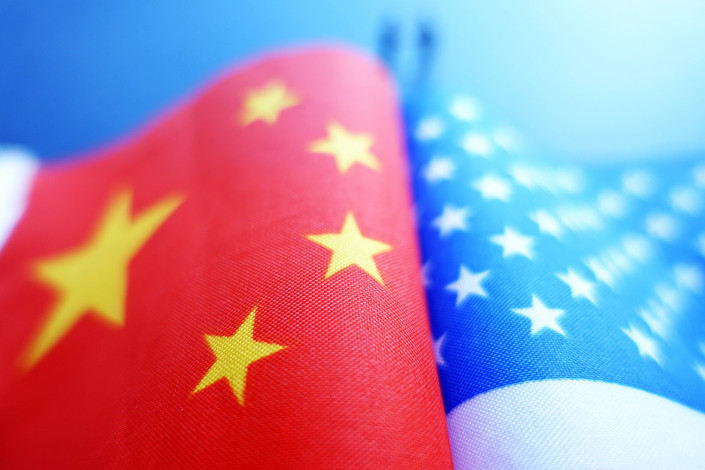 The approach taken by the U.S. and China to relieving trade tensions does have ample precedent, but such episodes provide little grounds for hope. Photo: VCG

(Beijing) — On Dec. 1 in Buenos Aires, U.S. President Donald Trump and his Chinese counterpart, Xi Jinping, agreed on a 90-day moratorium on increases in import tariffs to provide a window for negotiations. Unfortunately, this approach to mediation does not always succeed, and investors were not impressed — as was evident in the 800-point fall in the Dow Jones Industrial Average on Dec. 4. And if markets were skeptical then, they will be even more skeptical now, with the arrest of Huawei Chief Financial Officer Meng Wanzhou on suspicion of violating U.S. sanctions on Iran.

The two presidents’ approach to relieving trade tensions does have ample precedent, but such episodes provide little grounds for hope. In February 1930, the League of Nations convened an international conference in Geneva to address the problem of proliferating protectionism that “obstructed the development of large-scale production and impeded European recovery” and was deployed more generally as a “weapon of economic warfare.” Thirty countries sent delegations. The United States, though not a member of the league, sent Edward C. Wilson, the first secretary at the U.S. Embassy in Paris.

In advance of the negotiations, the Economic Committee of the League drafted a convention for a two-year customs truce. But the delegates accepted neither this draft convention nor a scaled-down version submitted subsequently by the French. New states with ambitious industrialization plans were not prepared to abandon them (shades of “Made in China 2025”). Countries running chronic deficits were loath to sign onto the agreement absent a commitment by others to take more of their exports (an objection that will resonate with Trump).

Nothing of substance was agreed upon. When the U.S., responding to domestic political pressures, adopted the Smoot-Hawley Tariff Act four months later, angry European governments responded in kind. The rest, as they say, is history.

Planning for Smoot-Hawley had been underway well before the Great Depression. But the onset of the Great Depression intensified the pressure to do something — anything — that might alleviate the collapse of domestic spending. Given preceding discussions, the most plausible such something was the tariff act.

Today, with the U.S. housing market cooling and financial conditions tightening, a U.S. recession is not out of the question. Together with a decline in the stock market, that recession would ratchet up the pressure on Trump to look like he was doing something — anything — to prop up the economy. Most likely, that something would come at China’s expense.

Part of the problem in 1930 was that countries came to the Geneva conference with very different views of what they had signed up for, which appears to be the case again today. Whereas the Trump administration expects rapid progress in reducing the bilateral trade deficit, Chinese state media refers to the desirability of a “gradual” reduction. Whereas the White House news release specifies a 90-day window for negotiations, China mentioned no specific time frame.

Similarly, whereas the official White House statement asserts that China will purchase “very substantial” farm, energy, and industrial exports from the U.S., China’s statement says only that it will import more U.S. goods. But that will of course occur in any case, without any policy action, assuming that the Chinese economy continues to expand, as is all but certain, given recent fiscal and monetary support.

Most troubling are differences related to intellectual property (IP). According to the U.S. statement, China will immediately negotiate on forced technology transfer and IP protection. By contrast, the Chinese statement says only that the two countries will work together to reach a consensus on trade issues.

Reform of the IP regime is a valid U.S. concern. Indeed, it is the most important issue. But strengthening IP protections will require a fundamental change in China’s economic model. There is zero chance of this happening in 90 days.

How, then, might the negotiation play out? One scenario is that the Chinese buy some additional American soybeans. Trump characterizes this as a great victory. The U.S. president having waved the white flag, the trade war comes to an end.

Nothing substantial will have changed, but at least the diplomatic and commercial sniping and disruptive uncertainty will be over. Again, there is ample precedent for this, the North American Free Trade Agreement renegotiation having ended this way.

Alternatively, one can imagine an outcome along the lines of Trump’s meeting with North Korean leader Kim Jong Un: China announces, or at least the Trump administration imagines that it has announced, a profound transformation of its economy. But this belief in a breakthrough is illusory. In fact, nothing of substance has changed. When Trump and his advisers wake up to this fact, tensions will spike, and the trade war will resume.

Which scenario is more likely? As in 1930, the answer hinges on how U.S. economic conditions develop. If the late-stage expansion continues, as it did during the NAFTA renegotiation, Trump may be inclined to accept cosmetic concessions, which he can characterize as the “largest, most significant, modern and balanced trade agreement in history.” But if the U.S. economy shows signs of falling into recession, Trump will need to blame someone. And in this case, we can be relatively certain about who that will be.