By Jason Tan and Yang Ge 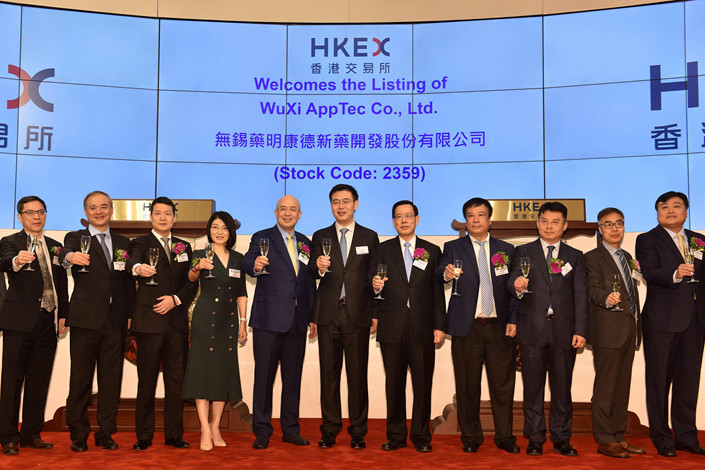 AppTec, which raised more than $1 billion in Hong Kong, is among an emerging group of fast-growing Chinese biotech firms tapping financial markets both at home and abroad as investors bet on their potential.

It is also one of the few among that group that is profitable, unlike most that are still losing money as their drugs go through clinical trials and await regulatory approval. These startups usually take years to make a profit.

Also in the IPO queue is money-losing Shanghai Junshi Biosciences Co. Ltd., which plans to raise up to HK$3.24 billion in Hong Kong later this month.

AppTec first listed in Shanghai in May, and surged 44% on its debut. It rose from an initial public offering price of 21.6 yuan ($3.14) to 31.1 yuan, hitting Shanghai’s daily increase limit for newly-listed shares.

Its stock surged as high as nearly 133 yuan in its first three and a half weeks of trade on bullish sentiment towards the sector. That prompted the company to warn that its valuation might be getting overstated, and since then the shares have given back some of those gains, closing at 80.5 yuan on Thursday.