Hot Drugmaker Warns It May Be Too Hot 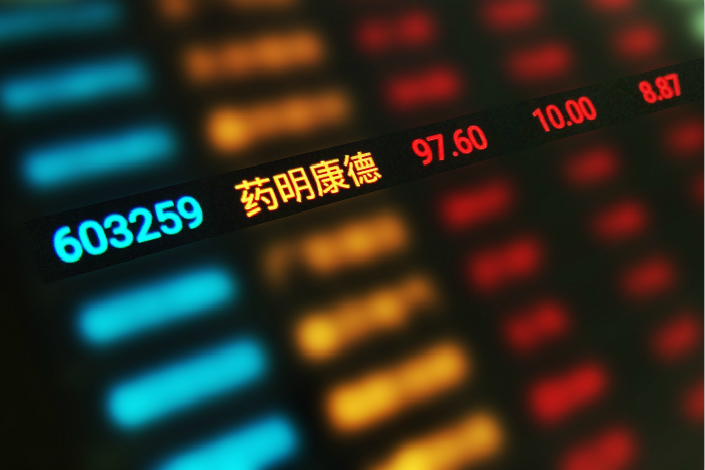 WuXi AppTec said in a statement that it would like to "remind investors to be aware of the risks of investing, rational decision-making and thoughtful investment" after its stock's meteoric price rise. Photo: VCG

Newly listed drugmaker WuXi AppTec Co. Ltd. warned that its stock may have become overvalued since its trading debut earlier this month, as its shares rose by the maximum daily limit for a 15th consecutive day on Monday.

Unlike the West, Chinese companies are more limited in setting the prices for their IPO shares, which sometimes results in big gains when trading begins. Another company, video-player maker Baofeng Group Co. Ltd., posted one of the biggest gains of all time when it rose by the daily maximum for 29 consecutive trading days in 2015 during China’s stock market bubble that year.

WuXi AppTec, a unit of the formerly U.S.-listed WuXi PharmaTech, took the unusual step of issuing a cautionary statement to investors saying that its shares might have become overvalued following the post-IPO run-up.

The company pointed out that its shares now trade at dynamic and static price-to-earnings (PE) ratios of 86 and 83 respectively. By comparison, it said, the average dynamic and static PE for scientific research and technology services companies was 49 and 37, according to a stock exchange filing (link in Chinese) on Friday. It said that most of its peers had multiples in the 53-56 range.

“The company’s PE ratio is higher than other comparable companies,” it said. “We would like to remind investors to be aware of the risks of investing, rational decision-making and thoughtful investment.”

WuXi PharmaTech was one of several dozen Chinese companies to privatize from New York during a wave of delistings that peaked in 2015, spurred by lack of interest in the stocks from American investors. Many of those companies were aiming to relist in China where their names were better known and valuations are generally higher.

Following the run-up in its stock, WuXi AppTec is now worth about 123 billion yuan, or nearly $20 billion, compared with a market value of just $3.3 billion for WuXi PharmaTech when it completed its privatization at the end of 2015.