JD’s Finance Unit in Shareholder Restructuring … or Not 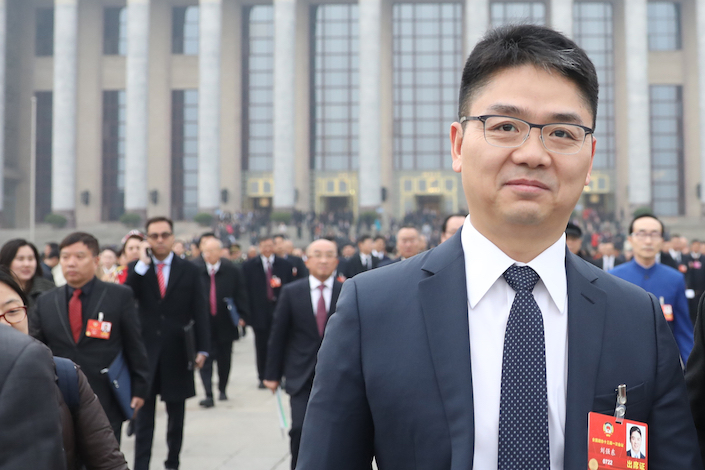 The latest public records show that Liu, who stands accused of rape stemming from a U.S. case dating back to August, has recently seen his personal stake drop in JD.D, previously known as JD Finance. The drop to 14.02% from a previous 16.67% is significant, because the latter figure was enough to make him the company’s biggest stakeholder.

But following the reduction, the biggest single shareholder now becomes a limited partnership registered in Liu’s hometown of Suqian in east China’s Jiangsu Province. And guess who controls that partnership, which holds 16.13% of JD.D? Of course that would be Liu, who is the majority stakeholder.

The company had no comment on the minor reshuffle.

Liu was accused of rape in August by a student in the U.S. state of Minnesota, in a case where prosecutors are still weighing whether to bring charges.

JD.com’s stock has slumped by over 30% since the rape allegation. The company, the second largest e-commerce player in China after Alibaba, was listed on the Nasdaq in 2014, and still counts Liu as the man in control with 79.5% of its total voting rights. JD Finance is one of JD’s three key sub-businesses besides JD mall and JD logistics.