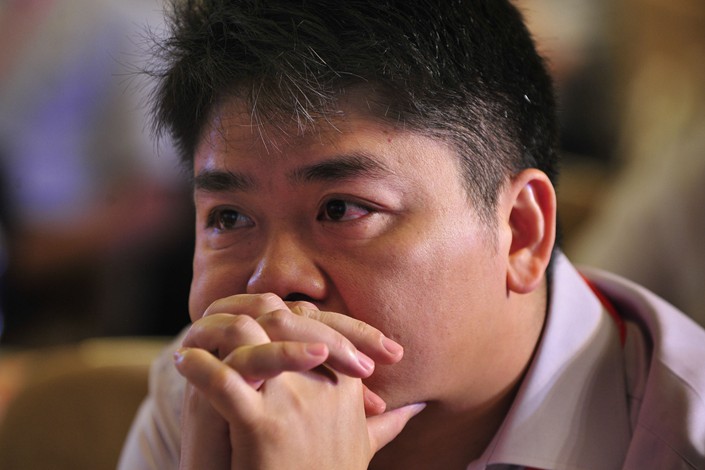 * Minneapolis police turn over result of their investigation to Hennepin County prosecutors, who will decide whether to file charges

* Accuser has cooperated with police and is prepared to do the same with prosecutors, lawyer says

(Beijing) — Police in the U.S. city of Minneapolis have concluded their investigation into e-commerce tycoon Richard Liu over sexual assault allegations and given their findings to prosecutors for possible charges, the local district attorney said.

The Hennepin County Attorney’s Office will review the evidence and decide whether to bring a case against Liu, a billionaire and one of China’s most recognized internet figures as founder of e-commerce giant JD.com Inc. There is no deadline for making that decision. No information will be made public while the attorney’s office is reviewing police files, the office in a release on Thursday.

Liu, whose Chinese name is Liu Qiangdong, was arrested Aug. 31 in Minneapolis on suspicion of felony rape but was released 18 hours later without posting bail.

His accuser has cooperated with police and is prepared to do the same with prosecutors, said Hang Jian, partner of Hang & Associates, one of the law firms representing her. Hang offered no further comment.

Chuck Laszewski, spokesman for the county prosecutor’s office, told Caixin on Sept. 9 that the attorney’s office usually makes a decision on whether to file charges “within days” and “normally no more than a week” after receiving a police report.

One of Liu’s attorneys, Earl Gray, declined to comment on the latest development when contacted by Caixin on Thursday. In an earlier interview with Caixin, he said his client didn’t commit any wrongdoing. Another of Liu’s attorneys, Joseph Friedberg, previously said his client was unlikely to be charged as Liu was released after only 18 hours, without bail and without his passport being confiscated.

Liu was in the city to participate in a weeklong residency at the University of Minnesota for a Ph.D. program. His arrest on the afternoon of Aug. 31 came 24 hours after he attended a boozy dinner at a Japanese restaurant the night the alleged rape occurred, Caixin has learned. The group, which included several women, racked up a $2,000 bill, drinking around 18 bottles of red wine and 20 bottles of beer, a restaurant worker previously told Caixin.

Liu has since returned to Beijing, where his company, JD.com, is based. A prosecutor in Hennepin County, which includes Minneapolis, previously told Caixin that Liu will have to appear in a U.S. court if prosecutors decide to bring charges against him. There is no extradition agreement between China and the U.S.

A spokesman from JD.com in China didn’t comment on the latest development in the case. The company previously said Liu has already cooperated with police, who had not found any misconduct, but Liu would continue the cooperation if necessary.

Earlier this month, three American law firms, Rosen, Schall and Pomerantz, said that they will investigate on behalf of shareholders whether JD.com, which is listed in New York, issued misleading statements or failed to disclose information related to Liu’s arrest in the U.S.

Shares of JD.com rose slightly on Thursday to $26.93. They have lost about 14% of their value since word of the case first emerged at the end of August.