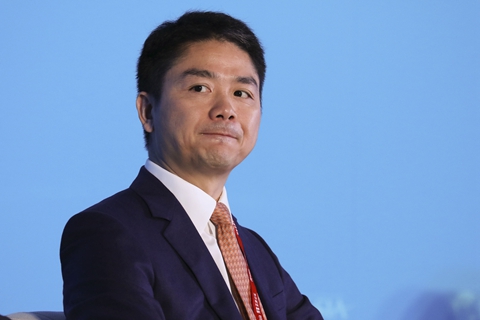 Chinese billionaire businessman Liu Qiangdong, accused of rape during a recent Minneapolis trip, will have to appear in a U.S. court if prosecutors decide to bring charges against him, the county prosecutor’s office said.

Liu, the 45-year-old chief executive officer of U.S.-listed Chinese e-commerce giant JD.com, was arrested in Minnesota’s Hennepin County on suspicion of rape last Friday but was released the next day and has returned to Beijing.

The Hennepin County Attorney’s Office is waiting for a police report to decide whether to bring charges against Liu, said Chuck Laszewski, spokesman of the county prosecutor’s office. A spokesman for the police department told Caixin that the investigation is ongoing and the results could be disclosed as early as Friday.

Laszewski didn’t provide an expected timetable for the police report but said the attorney’s office usually makes a decision on charges “within days” and “normally no more than a week” after receiving a police report.

There has so far been no official disclosure of exactly what happened that led to Liu’s arrest except that he was detained on allegations of “criminal sexual conduct - rape.”

Liu denied any wrongdoing in connection with the arrest, and his lawyers said Monday that there is only “a very remote possibility” that charges will be filed against Liu.

Laszewski said the attorney’s office hasn’t had any contact with Liu’s lawyers.

The police didn’t release any information on the alleged victim. Laszewski said the attorney’s office would evaluate all aspects when deciding whether to press charges, including whether the victim is willing testify.

Liu was in Minneapolis attending a week-long course at the University of Minnesota’s Carlson School of Management for its China business administration doctoral program, which is tailored for top Chinese executives.

Laszewski said no information would be made public while the attorney’s office is reviewing files from the police.

Read more of JD.com's CEO crisis
You've accessed an article available only to subscribers
Subscribe today for just $.99.
VIEW OPTIONS
Share now and your friends will read it for free!
Share this article
Open WeChat and scan the QR code
RELATED
MOST POPULAR
GALLERY
SPONSORED