JD.com CEO Being Investigated for Rape

By Mo Yelin and Zhang Qi 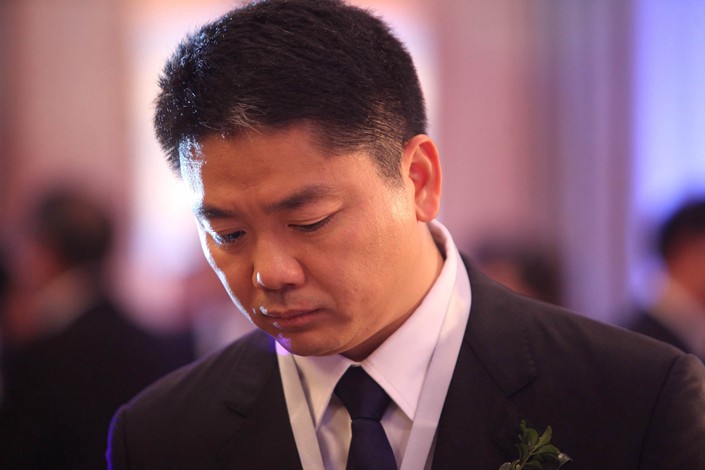 Police in the U.S. state of Minnesota are investigating Liu Qiangdong, founder and CEO of Chinese e-commerce giant JD.com Inc., on suspicion of rape, according to a newly released document.

The billionaire, who also goes by the name Richard Liu, was taken into custody by Minneapolis police last Friday and released the next day. Previously, the police only identified his offense using the term “sexual misconduct,” which covers a range of sexual crimes.

But on Tuesday, the Minneapolis Police Department released an updated report on the case, which said Liu was arrested last week on allegations of “Criminal Sexual Conduct — Rape.”

A spokesman for the police department has told Caixin that the investigation is ongoing, and the results could be announced as early as Friday. JD has not commented on the ongoing investigation but said in previous statements that the police had not found any misconduct in their probe into Liu.

Three American law firms, Rosen, Schall and Pomerantz, said late Tuesday that they would investigate on behalf of shareholders whether JD.com issued misleading statements or failed to disclose information related to Liu’s arrest.

Liu is one of China’s richest men and among the country’s handful of internet celebrities who are household names. Others in that group include Jack Ma, founder of e-commerce giant Alibaba Group Holding Ltd., and Robin Li, founder of online search leader Baidu Inc.

Liu appeared in public on Tuesday at his company’s Beijing headquarters, where he announced a partnership with Shandong Ruyi Group, a textile and clothing company.

During Liu’s trip last week in the U.S., he was studying at the University of Minnesota for a Ph.D. program offered by the university’s Carlson School of Management, according to Bloomberg News.

Liu, who was born to a peasant family in East China’s Jiangsu province, become one of China’s richest men by establishing his e-commerce giant JD.com, which is listed in the U.S. with a market value of around $43 billion.

On Tuesday, shares of JD.com lost about 6% of their value to close at $29, as investors worried that Liu’s personal scandal could affect the company.