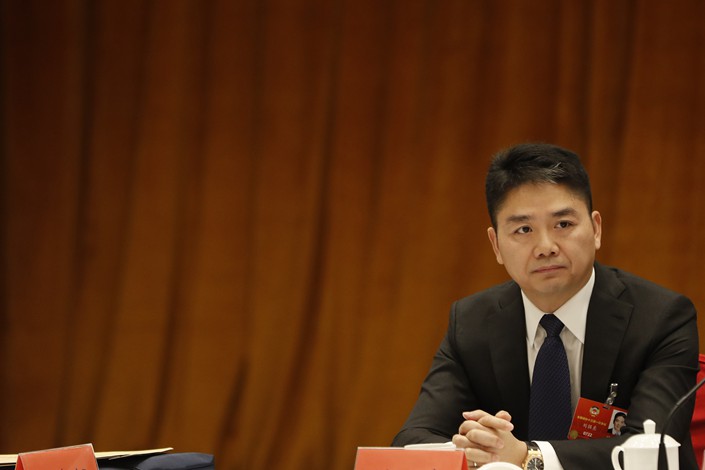 Shares of e-commerce giant JD.com Inc. opened down 4.1% on Tuesday and continued to decline, in their first trading since founder and CEO Richard Liu was detained in the U.S. on allegations of sexual misconduct.

JD.com is the second largest player in China’s booming e-commerce market, even though the company consistently loses money four years after its New York IPO. Its 45-year-old founder was detained last Friday in the U.S. state of Minnesota on sexual misconduct allegations, but was later released.

Liu, who is married, has since then returned to Beijing, where JD.com is based, the company said late on Monday on its official microblog. It added that no charges have been filed against him. A police spokesman from the city of Minneapolis previously told Caixin that an investigation into the matter was underway, and that results would be announced as early as Friday.

JD.com’s shares closed up about 1% in Friday trade in New York before Liu’s detention became widely known. U.S. markets were closed for a national holiday on Monday, making the Tuesday opening the first time the stock had reacted to the news.