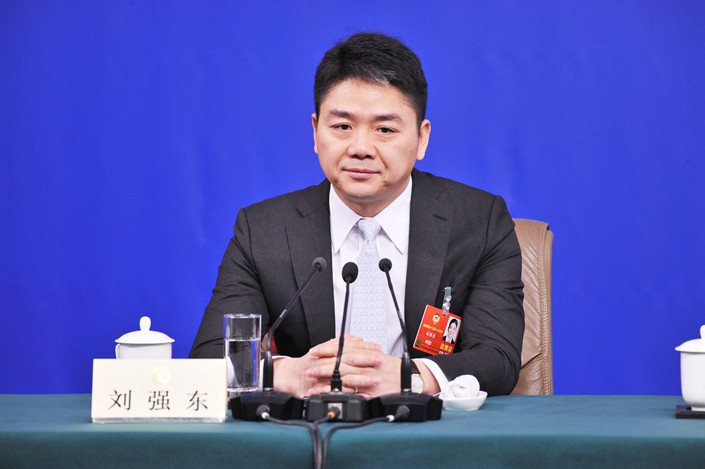 Wealth: $7.9 billion, according to Forbes magazine

Born to a peasant family in East China’s Jiangsu province, Richard Liu has become one of China’s most recognizable new billionaires to earn their fortunes from the internet. Liu, whose given name is Liu Qiangdong, was in global headlines for less-honorable reasons as the new week began, following his detention in the U.S. state of Minnesota on allegations of sexual misconduct.

His company, JD.com Inc., is China’s second-largest e-commerce business, with more than 220 million active users and the ability to deliver goods and services to most of China. But life was far less glamorous for Liu during his upbringing more than three decades ago in a family that was so poor that he could eat meat only once or twice a year. He ate corn for four months of the year and potatoes the other eight months, he once said in an interview with the Financial Times.

At age 18, he left home with 700 yuan (about $130 at the time) and 76 eggs given by his relatives and attended Renmin University, one of China’s top educational institutions, where he studied sociology. In his spare time, he started writing computer code and tried his hand at starting several small businesses as China began allowing more private enterprises.

In 2004, Liu started building an online sales platform in the early days of China’s internet and named it 360buy Jingdong. In 2014, the company changed its name to JD.com, and raised $1.8 billion in a Nasdaq Stock Market initial public offering in May the same year. The company now includes separate divisions focused on e-commerce, finance and logistics. In 2018, it was listed in the Fortune Global 500 for the third time.

Liu has also attracted attention for his marriage to Zhang Zetian, a graduate of the prestigious Tsinghua University and 19 years his junior. Zhang is known to many Chinese as “Milk Tea Little Sister,” a nickname she received after a photo of her holding the popular beverage went viral online in 2009. The couple has attended many high-profile events together, from Paris Fashion Week to a speech he gave at Oxford University. Zhang’s large number of social media followers and notable public influence were considered a great help by many in the promotion of JD.com among young and urban customers.