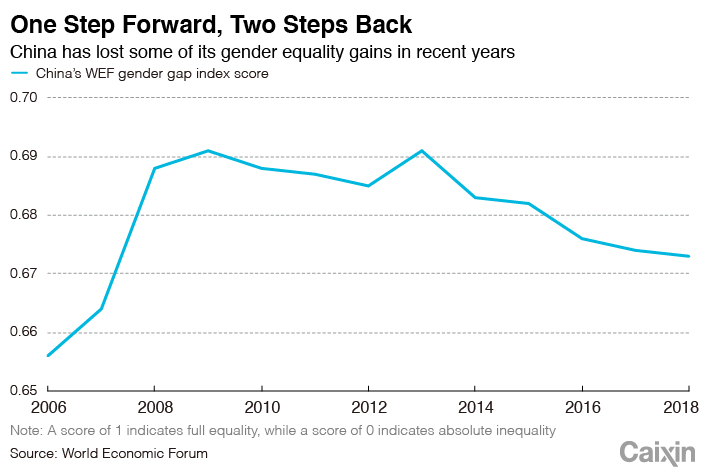 The world’s 2018 gender equality report card is out — and China’s grades are even worse than last year’s.

China ranks 103 out of 149 countries in the world for gender equality, down from last year’s 100 out of 144, according to an annual report by the World Economic Forum published Friday.

This year marks the fifth year in a row that China’s Gender Gap Index Score has worsened. The index measures women’s opportunities in politics, education, health and the economy. The U.S. ranks 51st this year, while Iceland tops the list.

The largest gap between China’s score and the global average is in the area of politics, where the lack of women in parliament and ministerial positions put its “political empowerment” score far below much of the rest of the world.

And while China, like most other countries, has nearly perfect equality in terms of healthcare, its serious gender imbalance at birth — far more boys are born each year than girls — still puts it at the bottom of world rankings in terms of women’s health and survival.