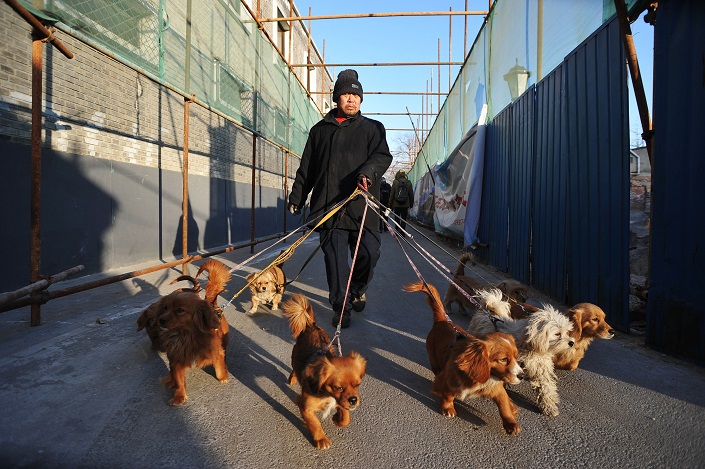 One city in central China has a message for residents: If you’re thinking of getting that second dog, think again.

Huangshi, in Hubei province, said it will restrict residents to one dog per family, beginning in 2019.

The policy will also prohibit large dogs — specifically dogs taller than 45 centimeters — or “ferocious dogs,” such as molossers and bulldogs.

The local government said the move aims to "protect citizens' health and safety,” after some residents had been attacked or bitten.

Hunan’s capital city, Changsha, rolled out a one-dog policy earlier this year, amid a nationwide crackdown on "irresponsible" pet-keeping behavior. Chengdu and Hangzhou recently banned their residents from keeping dogs that aren't on a list of certain breeds.