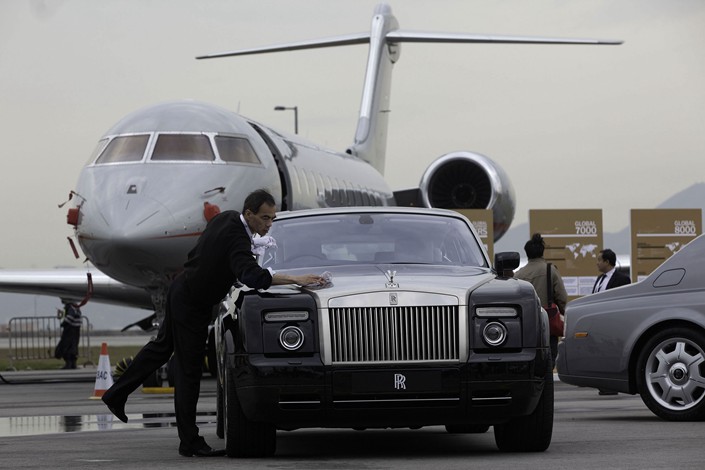 This year was he first time wealth in the region has dropped since the billionaire ranking started in 2012. Photo: Bloomberg

The 128 people in Asia with enough money to crack the 500-member Bloomberg Billionaires Index lost a combined $137 billion in 2018, the first time wealth in the region has dropped since the ranking started in 2012.

Global trade tensions and concerns that stock valuations are too frothy hammered some of the area’s biggest fortunes. China’s tech sector was hit particularly hard, while India and South Korea weren’t spared. The declines occurred even as banks and money managers aggressively stepped up efforts to cater to Asia’s richest.

“Difficult stock market conditions this year and the uncertainty of the trade tensions likely have been a challenge to many businesses,” said Philip Wyatt, a Hong Kong-based economist for UBS Group AG, who doesn’t see the downdraft continuing through 2019 or significantly reducing the ranks of billionaires. Conditions are actually ripe for the region to create more of the mega rich as new technologies attract private capital and government support, he said.

For now, though, fear in the market is trampling fortunes. More than two-thirds of the 40 Chinese on the Bloomberg ranking saw their wealth dwindle. Wanda Group’s Wang Jianlin, whose property conglomerate is selling assets to cut debt, lost $10.8 billion, the most of anyone in Asia. JD.com founder Richard Liu, who was arrested in the U.S. in August for less than 24 hours on suspicion of rape before being released, took the heaviest losses in percentage terms, with his wealth cut almost in half to $4.8 billion. No charges have been filed against Liu, who has denied the allegation.

South Korea’s tycoons didn’t escape the carnage either. The market rout lopped $17.2 billion from the fortunes of the country’s seven richest people. The father and son who control Samsung Electronics, Lee Kun-Hee and son Jay Y Lee, account for more than a third of that decline.

In Hong Kong, titans of real estate took a big hit. Li Ka-shing, who retired as chairman of CK Hutchison and CK Asset in March, lost $6 billion in 2018, while Lee Shau Kee, the city’s second-richest person, ends the year about $3.3 billion poorer.

There were still plenty of winners to emerge from the wreckage of 2018.

Lei Jun, the chairman of Chinese smartphone maker Xiaomi Corp., added $8.7 billion, with a July initial public offering catapulting him into the Top 100 of the Bloomberg index after he started the year outside the ranking. The IPO also turned three of his co-founders into billionaires.

Among the winners, the Bloomberg Billionaires Index added new members in technology, consumer, biotech and pharmaceuticals.

E-commerce platform Pinduoduo Inc.’s Colin Huang was the second-largest winner in the region, adding $6.6 billion to his net worth. China’s third largest online retailer was targeted by short seller Blue Orca Capital in November for overstating financials, though its shares traded higher that week as the company denied the accusation and posted strong growth in sales. While most of the newcomers to Asia’s ranks of billionaires are from China, there are five from Korea and four from Japan. Two new billionaires were identified in Southeast Asia. The household “must-have” fish sauce condiment saw Nguyen Dang Quang, chairman of Vietnam’s consumer giant Masan Group, join the ultra-rich club. Indonesian real estate mogul Donald Sihombing, who works 20 hours a day, also joined the list.

At least six Asian billionaires died, leaving behind a total of $29 billion.

Walter Kwok, the former chairman of Hong Kong’s biggest real estate developer Sun Hung Kai Properties Ltd. who was worth $9.1 billion, died in October at the age of 68. His two sons inherited a $3 billion stake from the company, according to regulatory filings. Vichai Srivaddhanaprabha, the founder of Thailand’s duty-free giant King Power Group, was killed in a helicopter crash in October. He owned English Premier League team Leicester City.