By Jason Tan and Peng Yanfeng 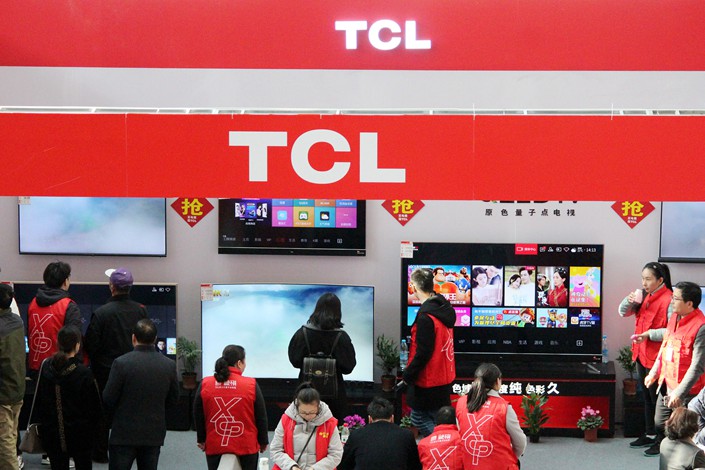 * Although the company withdrew from India in 2007, Chairman Tomson Li said in September that the market potential of the South Asian nation is simply too big to ignore

(Beijing) — Home-electronics maker TCL Corp. is set to try its luck again in India with the establishment of two new plants, after retreating from the market over 10 years ago.

Ground has been broken on the facilities — one dedicated to manufacturing panel modules, the other to TV assembly — in the southeastern state of Andhra Pradesh, with operations set to start in the fourth quarter of 2019, TCL said in a news release.

The Huizhou-based company didn’t reveal the financial details of the project, but an internal source told Caixin (link in Chinese) that the total investment could be as much as $300 million.

TCL’s re-entry into the South Asian nation, which has a rapidly growing middle class, comes years after its Chinese rivals solidified their presence there. Midea Group Co. Ltd., which set up a factory with a local partner in 2012, broke ground on a new production base in the western state of Maharashtra in November to produce heaters, air conditioner compressors and other home appliances. Haier Group Corp. made its first foray into India in 2007 through the acquisition of a local refrigerator factory. It expanded the site last year to produce other products, including washing machines, air conditioners, water heaters and TVs.

TCL first attempted to break into India in 2004 but retreated three years later due to an overaggressive expansion and a lack of local know-how. But company Chairman Tomson Li said in September that the market potential is simply too big to ignore, and that the company was aiming for a breakthrough by next year.

“India is a strategic market for TCL,” Li said in the company statement. “The project will strengthen our supply chain integration capabilities in India and in turn will benefit our local consumers, providing them with superior quality products at greater value.”

The modules plant will be operated by TCL’s panel-making subsidiary, Shenzhen China Star Optoelectronics Technology Co. Ltd. The factory is expected to produce modules for TV and smartphone screens, with an annual output of 8 million 22-inch to 55-inch screens, as well as 30 million 3.5-inch to 8-inch mobile screens.

The assembly plant will produce TVs for TCL’s own brand and other clients on a contract basis, the company said.