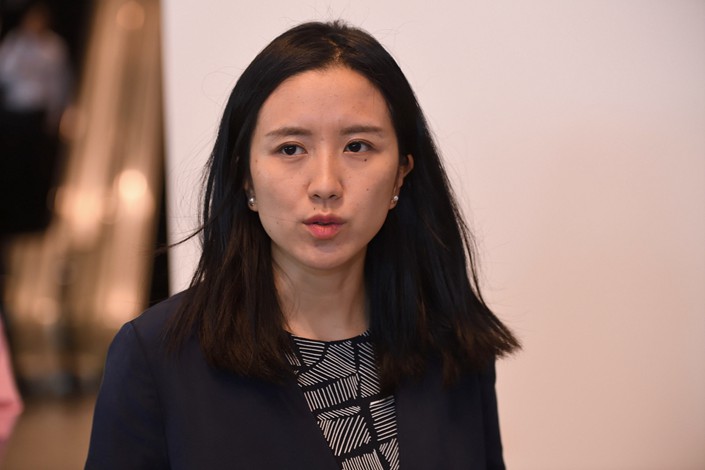 The founding team of shared bike operator Beijing Mobike Technology Co. Ltd. has left the company, in the latest trouble sign from a cash-bleeding nascent industry that was once a darling of both investors and consumers.

CEO Hu Weiwei led the move to the exit door, eight months after the company she co-founded was acquired by leading online-to-offline (O2O) services provider Meituan Dianping for $2.7 billion. Commercial documents dated at the end of last month showed that Meituan Dianping founder Wang Xing had become Mobike’s major shareholder with a 95% stake of the company. Meituan co-founder and chief technology officer Mu Rong held the other 5%.

Hu’s departure follows the rapid explosion of Mobike, along with chief rival Ofo and a host of smaller companies onto the scene starting about three years ago. The group placed millions of bikes on China’s streets and sidewalks, using apps and a new generation of location-based technology that allowed people to unlock bikes, ride them, and park anywhere at their own convenience for a small fee.

But rampant price wars, combined with high damage rates and clashes with officials frustrated at a new form of urban clutter quickly took a toll on the industry, which had relied on hundreds of millions of dollars in investor cash to fuel its rapid growth.

“It isn’t important that the business world thinks the shared bike industry has gone from rising star to yesterday’s news,” Hu said in a departure letter obtained by Caixin. “The important thing is to ‘Stop radically expanding and honestly return to consider the nature of the problem. Put most of your energy into cultivating your basic abilities, including improving the efficiency of inventory, operations and maintenance of assets.’”

Hu added that she had fulfilled her mission at the company, and denied there was any “palace struggle” behind her departure. She said she was handing over the reins to current President Liu Yu, a former Mobike consultant who came to the company shortly after it was purchased by Meituan Dianping in April. Hu had also assumed her CEO role around that time.

Mobike and Ofo raised hundreds of millions of dollars in cash from investors in their heyday, as each flooded streets with their namesake bikes both at home and abroad. Mobike now says it operates in around 200 cities in 19 countries worldwide, with about 200 million total users.

Massive losses at both Mobike and Ofo reportedly prompted their investors to push for a merger between the pair last year, but a deal never materialized. Following its purchase of Mobike earlier this year, Meituan has put the company into a bigger unit that also includes its shared car services segment and other location-based services. Mobike’s big losses have also taken a toll on Meituan’s broader financial performance, dragging its profit margin down by 16.1 percentage points.

Ofo has also struggled in recent months following its decision to remain independent. The company has shut down many of its overseas operations and laid off staff, with founder Dai Wai recently saying it is suffering a capital crunch and he has considered filing for bankruptcy.

Last week Ofo made headlines after hundreds of users showed up outside its Beijing headquarters demanding the return of their deposits. Dai has also been blacklisted by a court and barred from excessive spending after the company failed to meet debt obligations.