By Qian Tong and Shen Lu 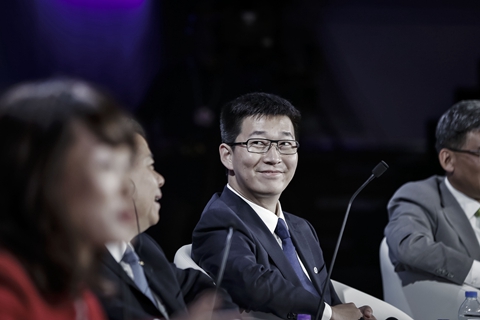 The founder of China’s bike-sharing startup Ofo was blacklisted by a court and barred from excessive spending after the company failed to meet debt obligations amid a cash crunch.

The People's Court of Haidian District in Beijing took the action against Dai Wei, Ofo’s founder and chief executive officer, limiting the amount of money Dai can spend on services and products, according to a court document. Dongxia Datong Management and Consulting Co. Ltd., the company owned by Dai that operates Ofo, was listed as a defaulter.

Dai is not allowed to fly first-class or take seats above second-class on high-speed trains, under the court order. He cannot splurge on golfing or luxury hotels. The court also banned him from buying properties and vehicles and from taking vacations. Violating the restrictions could result in fines, detention and even criminal charges, according to a court order dated Dec. 4.

In an internal letter to employees Wednesday, Dai said the company is suffering a capital crunch and he has considered filing for bankruptcy, in part because the company did not “correctly assess the changing external environment from the end of last year.”

Droves of customers demanding deposit refunds are adding to pressures on Ofo. On Monday, a line of more than 100 people formed outside the company’s headquarters in Beijing’s high-tech hub, Zhongguancun.

Ofo, once part of a duopoly of China’s burgeoning bike-sharing market, secured its last funding round in March, led by Alibaba Group Holdings. Alibaba invested $343 million for a 12% stake in Ofo at that time, giving it a valuation of at least $2.8 billion. Weeks later, archrival Mobike was acquired by group-buying giant Meituan-Dianping for $2.7 billion.

But the capital injection didn’t help Ofo enough. Since September, Ofo has faced a flood of customer requests for deposit refunds amid the supplier lawsuits over unpaid bills. Ofo’s daily active-user count in September fell to 3.89 million from 5.1 million earlier in the year.

According to Ofo’s refund registration system, more than 10 million users have applied for refunds. Deposits amount to 99 yuan ($14.36) or 199 yuan each, depending when the user signed up, putting the total amount to be refunded somewhere between 1 billion yuan and 1.5 billion yuan.

Ofo told Caixin that it would refund deposits as promised, and the process started Dec. 18.