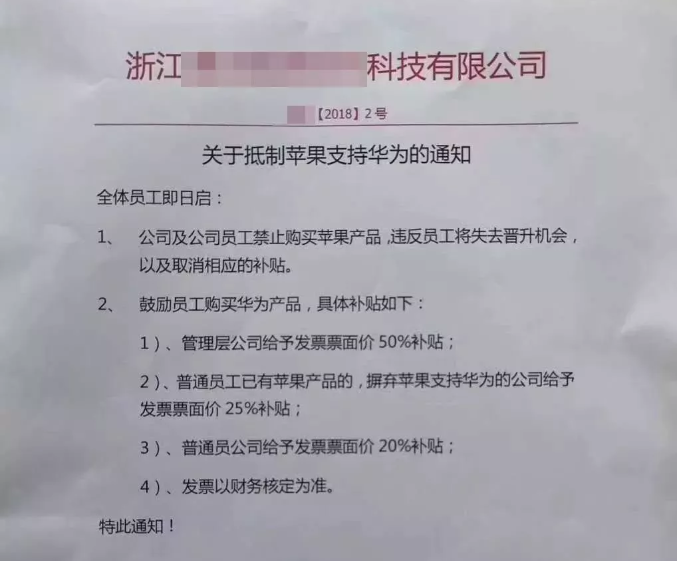 Several Chinese firms have offered promotions in solidarity with Huawei. But one has gone a step further.

A tech company in Zhejiang province informed its employees that they would get partially reimbursed for buying Huawei products, local media Qianjiang Evening News reported.

But more strikingly, the unnamed company said that employees who bought Apple products would lose their chance for promotions.

The moves are displays of patriotism amid troubles for the Chinese company, whose CFO Meng Wanzhou was arrested in Canada this month at the request of the U.S., before being released on bail.

Some Chinese organizations recently offered deals to customers who support controversial tech giant Huawei. One tourist site in China let visitors in for free if they brought along a Huawei phone.

It is unknown whether any employees have actually been punished for Apple purchases so far.