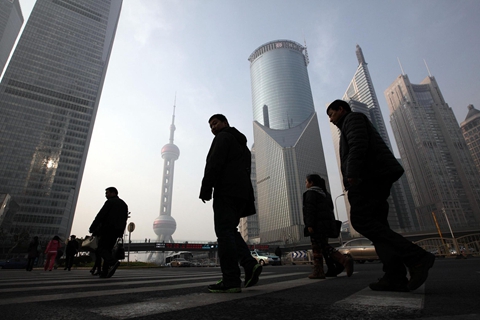 In its first nationwide “negative list” for investment, China slashed prohibited sectors by more than half compared with a two-year-old regional pilot program on investment management.

The powerful National Development and Reform Commission and the Ministry of Commerce specified 151 areas that are either banned to non-state businesses or require government approval for entry. Industries not on the list are open for investment to all and require no approval. The new national list drops 171 restricted sectors from the pilot program.

The unified negative list follows pledges by the central government to further open up the economy and provide a level playing field for foreign and private investors. The world’s second-largest economy behind the United States is grappling with the challenges of slower growth and a damaging trade war with the U.S.

“The implementation of the nationwide negative list means that China has set up a unified, fair and rule-based system for market access,” said Xu Shanchang, director of the NDRC’s economics system reform department, at a press briefing. “From now on, other government agencies and local governments are barred from making rules about market entry.”

The prohibited areas include sectors banned for entry by laws and regulations, as well as “illegal financing” and “unlawful internet activities.” Sectors requiring approval for investment include grain export, wholesale medicine, gas and oil exploration and areas in mining, transportation and manufacturing, among others.

China started a pilot program in 2016 to regulate investment with a negative-list approach in four province-level jurisdictions, Tianjin, Shanghai, Guangdong and Fujian. The program was expanded to 15 cities and provinces last year.

The release of the new list is part of China’s efforts to expand market access. Last month, President Xi Jinping said at a Shanghai trade fair that China would continued to support globalization and make access easier for foreign firms.

The new list is distinct from the negative list for foreign investment issued by the commerce ministry in June as this list applies to all business players, both foreign and domestic, according to Xu.

“For areas that are not on the negative list for foreign investment, we will supervise in accordance with the principle of being equal to domestic and foreign business,” Xu said.