Zhang Guifang, 84, who lives with her 64-year-old paralyzed son, Huang Jinqiang, in Tengshan village, Guangdong province, hoists her son out of bed every morning and drags him to where he sits and then drags him back before sunset. Her story reflects the plight of many parents of disabled people. According to the China Disabled Persons’ Federation, 45% of the country’s 85 million people living with disabilities were over 65 years old in 2006. Photo: Liang Yingfei/Caixin 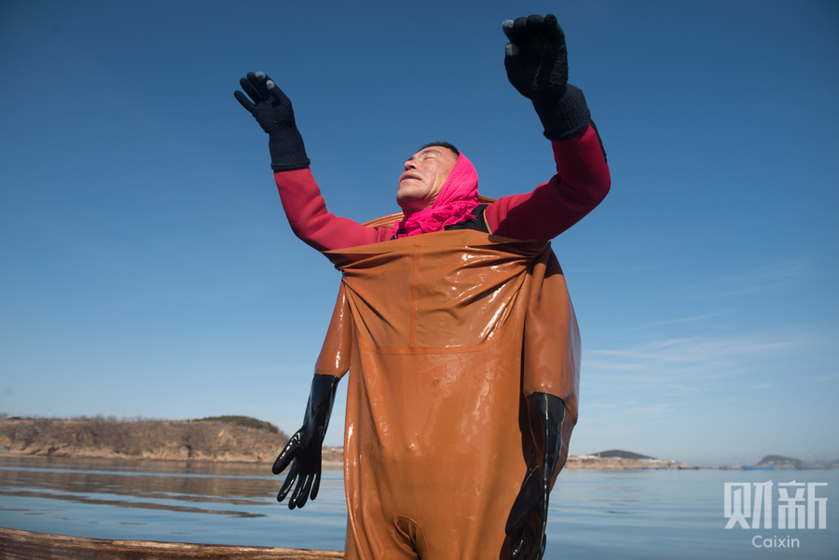 Ning Hai, a 44-year-old sea cucumber harvester, takes off his diving suit after collecting sea cucumbers in the freezing water near Guanglu Island, Dalian, Northeast China’s Liaoning province. Harvesting sea cucumbers, an expensive delicacy, is a tough and dangerous job, but wages have not kept pace with inflation in recent years. Most of Ning’s colleagues are in their 40s now, and their livelihoods are threatened by the industry’s increasing mechanization. Photo: Chen Liang/Caixin 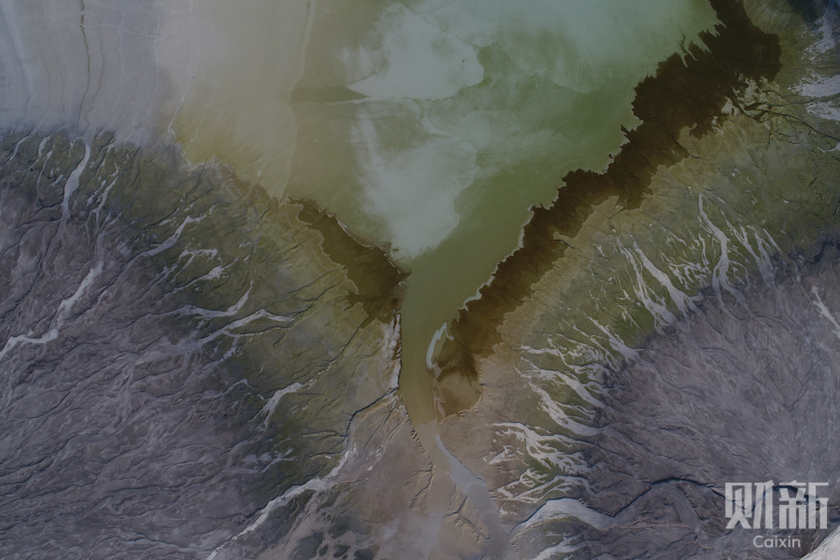 A mountain polluted by a local mineral refinery is seen from above in Huayuan county, Xiangxi, Hunan province. The pollution contains heavy metals and harmful chemicals, which can easily contaminate underground water. Photo: Liang Yingfei/Caixin 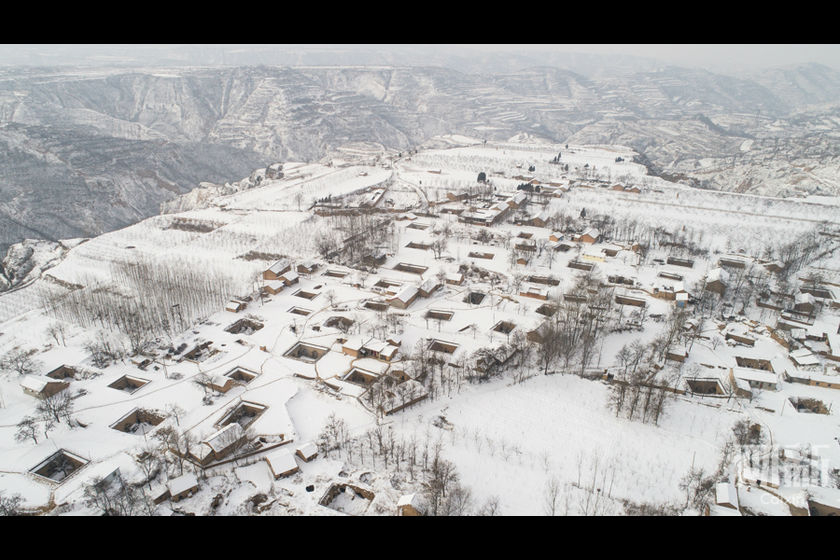 Snowy “dikeng”, cave-like underground living quarters in Central China’s Henan province, are seen from above on Jan. 5. Dikeng, which have a history of more than 4,000 years, were revealed to the wider world when they were spotted by a German pilot 85 years ago. Photo: Chen Liang/Caixin 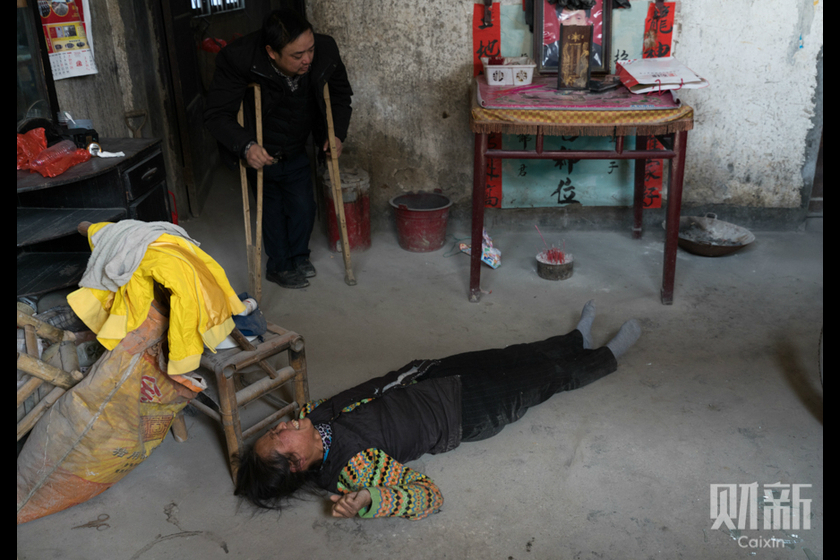 Ou Xiangbin’s mother cries on the floor after dreaming of her son who fell to his death while climbing down a rope to leave the roof of a building he was working on in Zhengzhou, Central China's Henan province, on Feb. 3. Ou and his co-workers were supposed to use a ladder, but it had been removed by urban patrol officers who claimed it was their duty to take away tools that violated regulations. Photo: Chen Weixi/Caixin 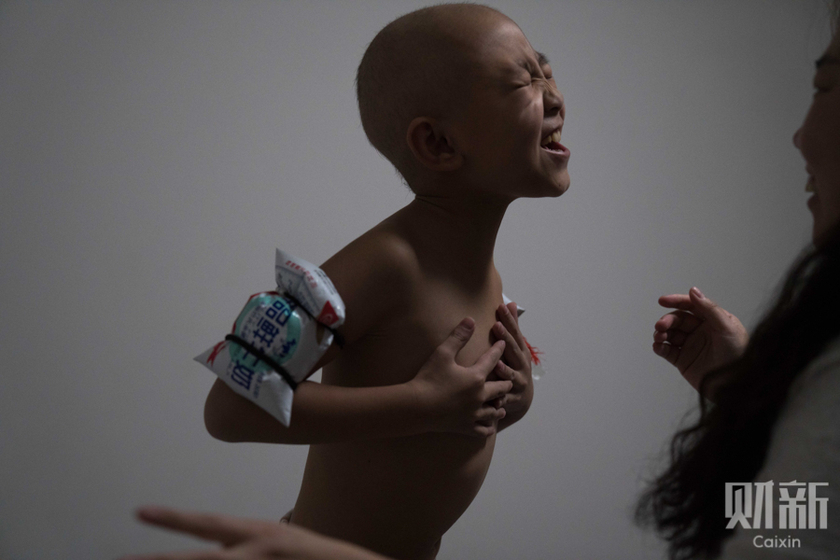 A child suffering from leukemia cries to his mother while warm milk bags are tied to his arms to relieve the pain of injections, in Yanjiao, Hebei province. About 15,000 children are diagnosed with leukemia every year in China, according to data from the National Children's Medical Center. Photo: Chen Liang/Caixin 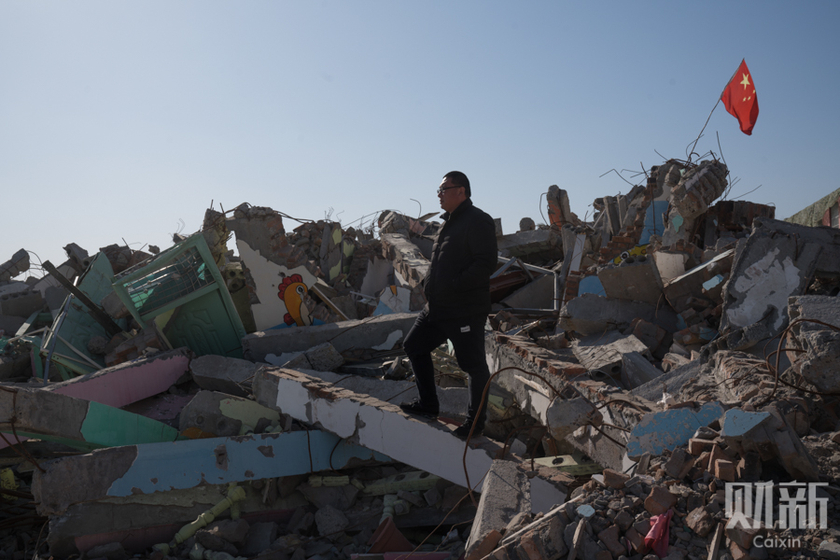 Chen Dadong, the founder of Xiaobaige Kindergarten, stands on the ruins of two three-story school buildings that cost 6 million yuan ($870,000). About 580 students were left without a school to go to after the kindergarten was torn down in Huaiyang county, Zhoukou, Henan province, in February. Dozens of institutions, mostly private kindergartens (preschools) and primary schools, were demolished when local authorities decided to crack down on unlicensed use of land by school operators, though the institutions had education licenses and had been allowed to operate for years. Photo: Chen Liang/Caixin 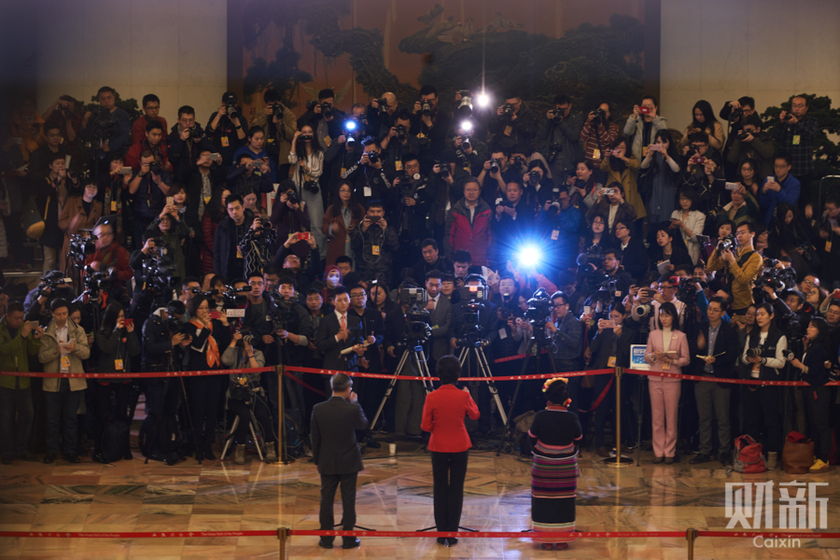 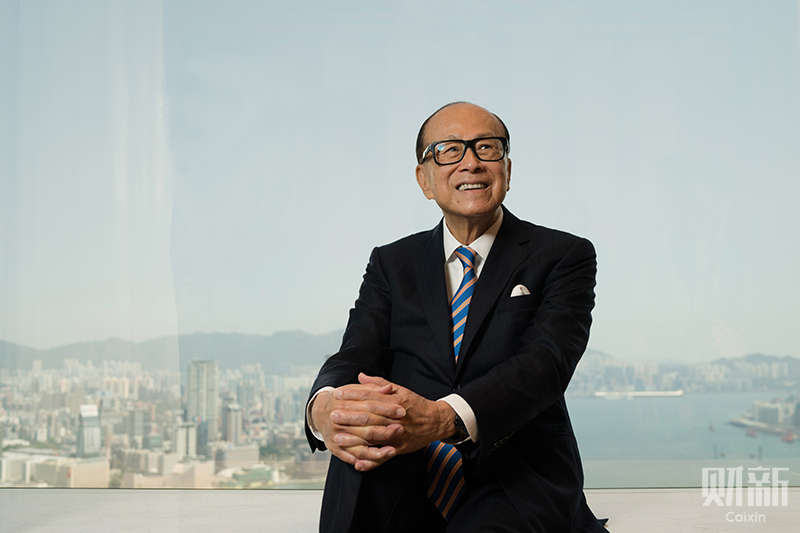 Li Ka-shing, who was the 23rd-richest person in the world with an estimated net worth of $37.7 billion as of January 2018, sits near the windows of his 70th floor office in Hong Kong on March 12. The 90-year-old announced his retirement in May. Photo: Guo Xianzhong/Caixin 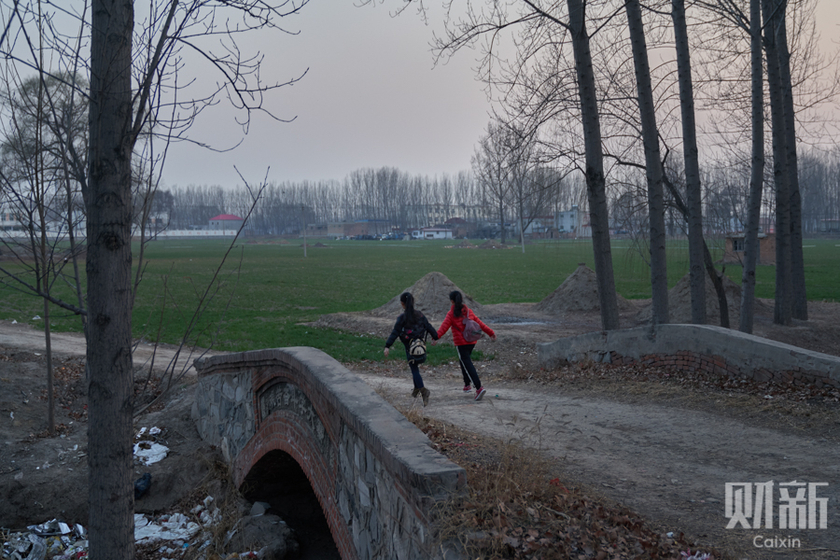 Classmates Jia Yi and Ma Nan hold hands as they run to a dance rehearsal in Duancun town, Hebei province, on March 22. For them and other young ballet students in the town, the province’s art college is an escape from rural life, and an alternative to the exam-driven route to success that was the only option for previous generations. Photo: Liang Yingfei/Caixin 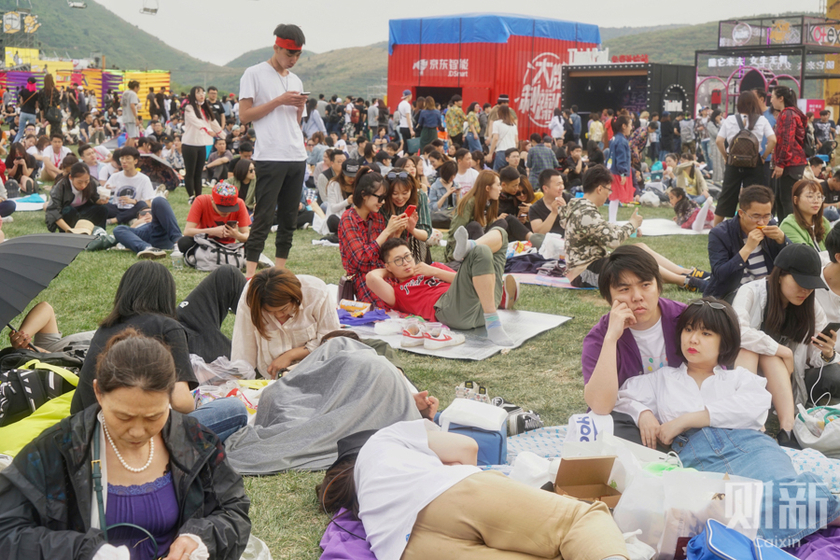 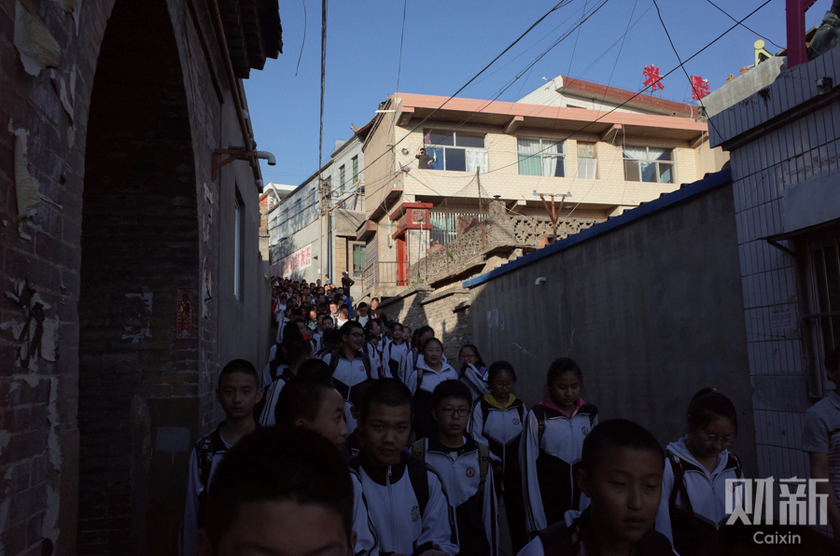 Students from No. 3 Middle School in Mizhi county pass through a narrow alley to leave school in Shaanxi province on May 2. Five days earlier, a man armed with a knife stabbed 19 students at the school, killing nine. Photo: Ding Gang/Caixin 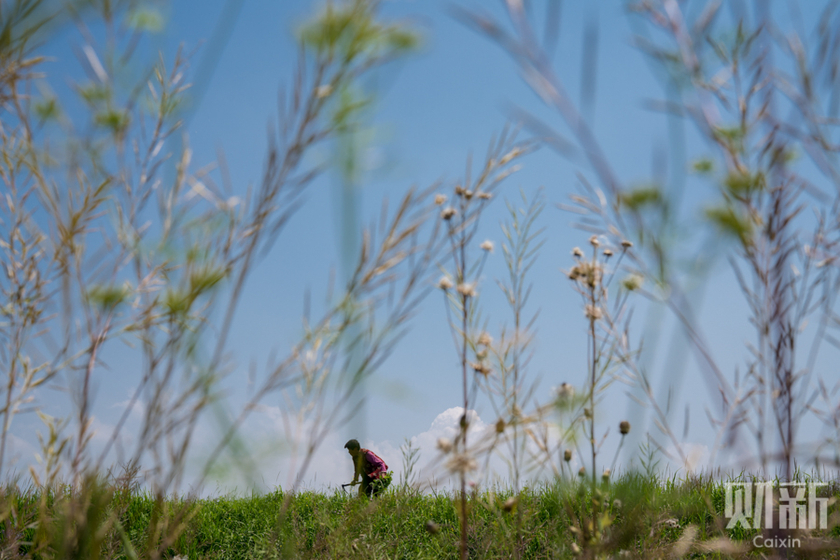 70-year old Gong Wanxiu harvests a local plant to earn money in Suizhou, Hubei province on May 8. Gong’s family was evacuated from Hanjia Island in a neighboring city, along with more than 100 other households, as part of a government-sanctioned relocation program in early 2010 to make way for the construction of the South-North Water Diversion Project. Photo: Chen Liang/Caixin 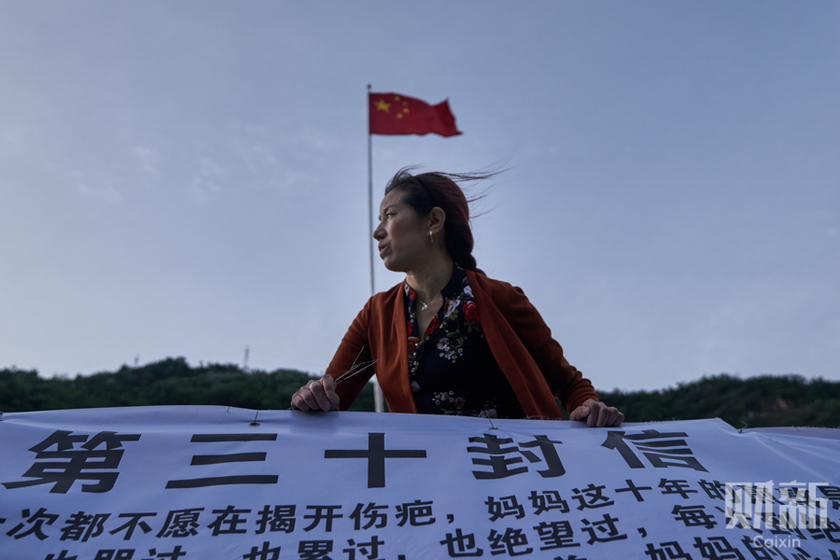 Cheng Xingfeng, the mother of a Maoba Middle School student who has been missing since the 2008 Sichuan earthquake, carries the 30th banner she has placed on the ruins of the school on May 12, the 10th anniversary of the earthquake. The earthquake killed nearly 70,000 people in two minutes, injured 370,000 and left nearly 20,000 missing. Photo: Liang Yingfei/Caixin 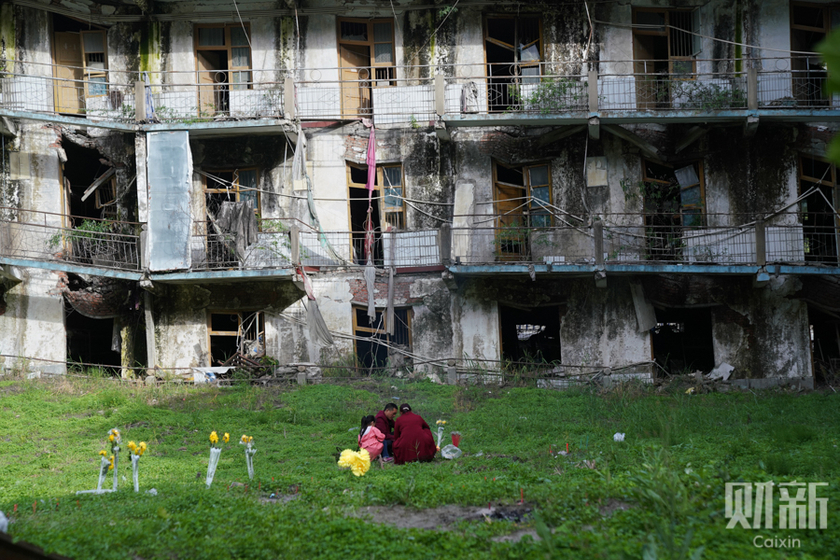 A family of three mourns their dead relatives on May 12 in front of a building damaged during the 2008 Sichuan earthquake. Photo: Liang Yingfei/Caixin 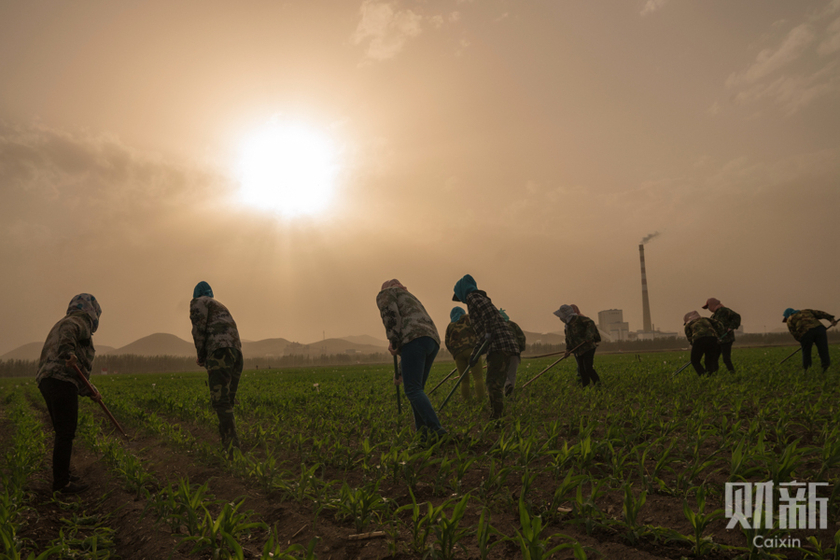 Women remove weeds in a local grass seed farm on June 3 in Horqin’s Right Middle Banner, Hinggan league, the Inner Mongolia autonomous region. In recent years, the local government has implemented a grazing ban in an attempt to reverse the deterioration caused by unregulated grazing. Many herdsmen have learned to farm and can earn nearly 100 yuan ($14.50) a day. Photo: Guo Xianzhong/Caixin