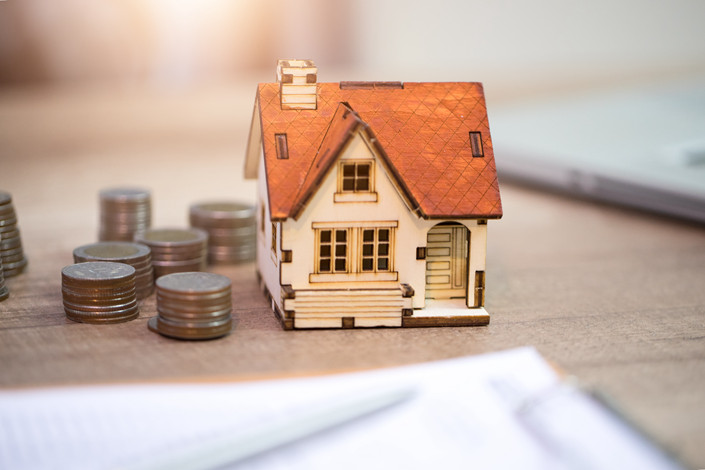 The Chinese government has been slowing the pace of deleveraging as economic growth weakened to 6.7% in the first nine months of 2018 from 6.9% last year. Photo: VCG

* President of the National Institution for Finance & Development, a government think tank, issues words of caution at Wednesday news conference

* Li urged authorities to take measures to discourage consumers from borrowing more, saying that debt accounted for 85% of Chinese households’ disposable income at the end of 2017

(Beijing) — China’s debt level will continue to rise if the economy continues to rely on credit to drive growth, a senior government adviser has warned.

The comments came after top policymakers promised deeper tax cuts and more spending in infrastructure next year even though corporate profits have started to decline, leaving analysts to widely expect the country’s fiscal deficit to jump.

The Chinese economy is a “debt-driven economy” because historical figures show changes in its growth rate lag the trend of the annualized increase in its total debt by about 10 months, said Li Yang, president of the National Institution for Finance & Development, a government think tank, on Wednesday.

“If (we) still mainly rely on government policies that boost demand to support economic growth, the country’s debt-to-GDP (gross domestic product) ratio will continue to increase,” he said at a news conference.

Deleveraging will be a long-term battle because greater money and credit supply is needed to maintain stable growth, which conflicts with the government’s goal to reduce the debt level of the economy, he said.

The Chinese government has been slowing the pace of deleveraging as economic growth weakened to 6.7% in the first nine months of 2018 from 6.9% last year. The fact that the term “deleveraging” was left out in the statement of a key meeting of top leaders in October led many analysts to believe that the task has become less of a government priority.

The government’s debt-to-GDP ratio rose to 36.7% from 36.1% during the period, with local governments’ liabilities growing faster than the central government.

The government is facing a widening funding gap next year as it has planned to offer greater tax cuts to reduce burdens on companies and individuals and step up infrastructure investment as it seeks to put a floor on economic growth slowdown. Meanwhile, China’s industrial profits fell for the first time in three years in November after their growth weakened for six straight months, which is set to make a dent on government income. Analysts widely expect the government to set a higher budget deficit that pushes up China’s deficit-to-GDP ratio to 3% or higher in 2019, from a target of 2.6% in 2018.

“We must stop luring the residents to borrow more money,” he said.

The debt-to-GDP ratio of non-financial enterprises fell to 154.5% at the end of September from 157% at the end of 2017, possibly reflecting sluggish demand for loans by companies and waning risk appetite of banks during an economic growth downturn, Li said.