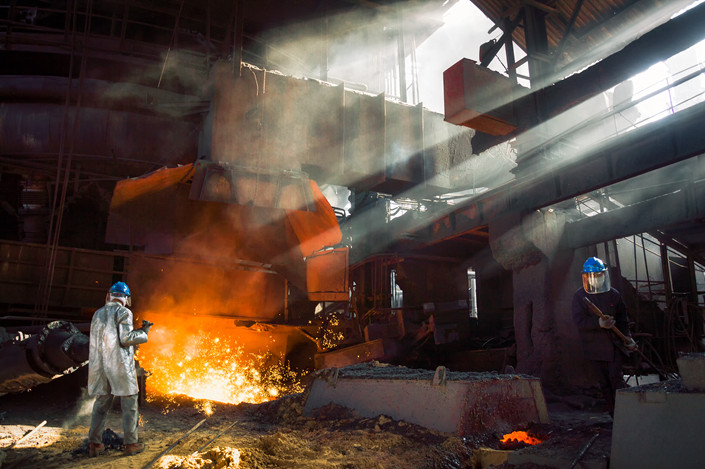 The trend poses a challenge to budget-makers as slumping industrial profits look set to widen the government’s fiscal deficit as Beijing plans more tax cuts next year to boost the economy.

The total profit of the industrial sector fell 1.8% last month from a year ago, marking its first decline since December 2015, according to figures (link in Chinese) from the National Bureau of Statistics (NBS).

Before November, growth of industrial profits had slowed for six consecutive months, with the rate sliding from 21.9% in April to 3.6% in October.

“Industrial profit logged a year-on-year decline in November mainly because of slower increase in the sector’s output and sales, drops in the rise of factory gate prices of industrial products and higher costs,” NBS analyst He Ping said in a statement.

The outlook for industrial profit in the coming months remains gloomy due to uncertainties in exports amid an ongoing China-U.S. trade war, subdued domestic demand as investment and consumption have remained sluggish, and the anemic and decelerating rise in industrial inflation.

“Looking ahead, industrial profit growth continues to face headwinds, as we expect both industrial production growth and PPI inflation to soften next year, especially in Q1,” Goldman Sachs analysts said in a report.

Weakening net profit in the industrial sector, which accounts for a third of China’s gross domestic product (GDP), is set to make a dent in the government’s fiscal revenues and contribute to an expected jump in the official budget deficit next year as authorities have said they will cut taxes to a greater degree than this year.

“Tax and fees cut will only become more aggressive next year,” Liu Xuezhi, an economist with Bank of Communications in Shanghai, told Caixin.

They widely expect the government to set a higher budget deficit that pushes up China’s deficit-to-GDP ratio to 3% or higher, up from a target of 2.6% in 2018.

They called for policy incentives to increase total social financing, a broad measure of credit and liquidity in the economy, to avoid the further deterioration of corporate profitability and economic fundamentals.