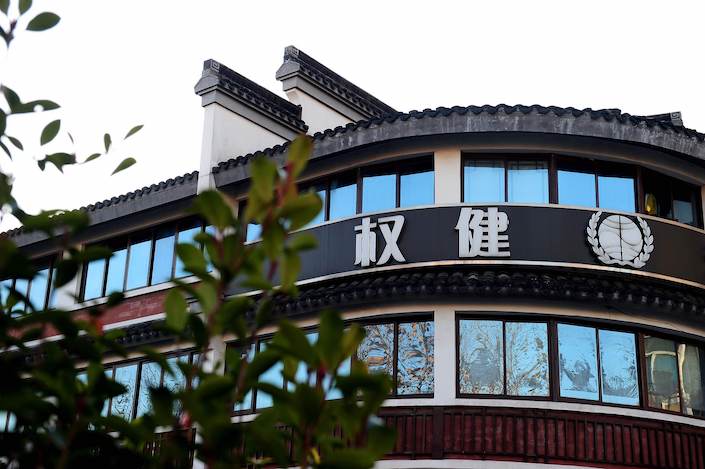 A formal investigation has been initiated against Quanjian by the Tianjin city market regulator on allegations of violating market competition law, said the report.

Tianjin-based Quanjian has been under public scrutiny since Dingxiangyuan, an online health news portal, published an article Tuesday reporting that the company exaggerated the benefits of its products, which contributed to the 2015 death of a 4-year-old with cancer. Tianjin authorities sent inspectors to the company after the report went viral.

Quanjian also faces questions on whether it was involved in pyramid sales, which are banned in China. An official on the inspection team said the probe is still underway, according to the CCTV report.