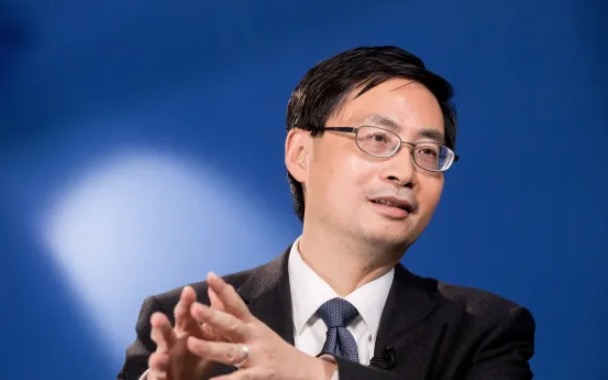 When Ma Jun, a member of the monetary policy committee of China's central bank, put forward a radical idea in October this year to halve the amount of capital held on bank balance sheets against green loans there was barely a ripple of international interest.

But global experts in the field of green finance tell Chanticleer that if Ma's proposal is adopted it would have a profound effect on the global financial system. China could move unilaterally on capital concessions for green loans and this would affect other countries because its banks are among the largest in the world and it is home to the world's second largest green bond market.

There is no better example of how capital rules influence the behaviour of banks than the Australian housing market.

Concessional capital rules for mortgages, which are laid down by the Bank for International Settlements in Switzerland, have given Australian banks enormous incentives to prefer residential mortgage lending over all other forms of lending.

Under rules enforced by the Australian Prudential Regulation Authority an Australian bank must hold $10.50 of capital for every $100 of commercial lending. The concessional rules mean a bank would only have to hold $3.68 of capital against $100 of mortgage lending.

Ma's idea about changing the capital risk weighting for green finance is not new. Chanticleer understands it was raised about six years ago by legendary Australian investment banker Mark Burrows in several international forums when he was a senior adviser to the United Nations Environment Program.

In several speeches, Burrows laid out the compelling logic behind accelerating green finance through the use of concessional capital rules. Burrows is now a senior adviser to Macquarie Group, which owns the world's largest dedicated green finance lender, the London-based Green Investment Group.

Ma's idea should be taken seriously simply because he is one of the most influential people in the world of green finance.

Over the past six years he has played a critical role in pushing through a green finance agenda in China and at a range of multi-lateral meetings including the Group of 20 and in the European Union.

When Chanticleer spoke to Ma this week, he said the idea of giving concessional lending status to green finance was based on strong empirical evidence.

"I think we need more innovation to encourage green financing and changes to risk weights would be a powerful policy instrument to achieve that objective," he says.

"As I said in an article in China Finance [a journal of the central bank] the proposed reduction in risk weights for green assets is based on the fact that green loans perform much better than other loans.

"So the green loan default rate is less than half of the average default rate of the banking system." Ma says the proposal is justified by the risk differential between green loans and other loans and "it's consistent with the primary principle of financial regulation which is to support banking stability".

In his article in the central bank journal Ma said his preliminary estimates are that "if the risk weight for green loans is reduced from the current 100 per cent to 50 per cent, it can reduce the financing costs by about 50 basis points [0.5 percentage points] for all green projects funded by green loans in China".

"Given the fact that bank loans are the primary source of funding for green projects in China, this measure could lower the financing costs of all green projects by 0.4-0.5 percentage points in the country," the journal article said.

"In addition, the 'saving' of capital requirement for banks with substantial green asset exposure could allow these banks to extend more green credit. The 'stimulus' impact of this measure alone could potentially outweigh the total impact of all green finance incentives introduced so far."

In Australia, there is early evidence to support the work done in China showing a positive correlation between green lending and loan performance.

The only truly pure green financier in Australia is the government-owned Clean Energy Finance Corporation, which was established by an Act of Parliament in 2012.

Its latest annual report shows that it took a loan impairment charge of $2.7 million against a loan book of $1.9 billion in the year to June 30, 2018.

The CEFC also took a $5 million impairment charge against its available-for-sale financial assets of $1.4 billion.

Ian Learmonth, chief executive of the CEFC, says the rapid growth in the company's loan book made it difficult to draw definitive conclusions about the superior credit quality of green loans.

But he said it was fair to say the CEFC had been conservative in its loan assessments. He said all its commercial borrowers were rated entities. Some of its corporate loan clients include Visy, Mirvac and Cleanaway.

CEFC had no impaired loans at June 30 2018 and using its impairment for the year its default rate was about 0.14 per cent. To put that in perspective the typical default rate for a residential mortgage in Australia is 0.72 per cent.

The big four Australian banks do not reveal default rates on green loans, but Learmonth says the CEFC benchmarks its loan portfolio against similar loans held by the big four even though CEFC is not regulated by APRA.

Learmonth says one of the more significant developments in the impairment of green loans in the future is the adoption of a new accounting standard called AASB 9, which will force lenders to take account of forward-looking macroeconomic risks.

This will force anyone lending in the energy sector to include such things as downside scenarios for electricity prices, interest rates, GDP growth and property prices. In the case of CEFC this would lift its impairment provision against loans to about $28 million.

At the same time as influential figures in China are talking about concessional capital treatment for green loans there are powerful forces at work attempted to penalise banks for holding "brown" loans, or loans for fossil fuel projects.

Bank of England governor Mark Carney has hinted that "brown" loans should be penalised as part of protecting the financial system against the problem of stranded assets which carry bank financing.

Carney is merely trying to apply the same sort of differentiated risk weightings as Ma is trying to do in China.

Carney has support for his views in the European Union, which is in the process of developing a taxonomy of what is, and what isn't a sustainable or green investment.

This should allow banks and other players to assess their books and understand if the gradient of asset quality between green and brown is material.

Ma, who has maintained his position of influence in green finance in China through the Green Finance Leadership Program at Tsinghua University, is at the forefront of helping to arrive at a reliable and nationwide definition of a green loan in China.

Ma's piece in the central bank journal said: "A growing consensus from these international discussions is that if the default rate of green assets is proven to be lower than for non-green assets, it will then justify the consideration of lowering risk weights for green assets and potentially raising those for brown assets.

"Such evidence-based measures will align with risk-based prudential regulatory frameworks, and the overarching goal of financial regulations to enhance the resilience of the banking sector and maintain financial stability.

"Unfortunately, most countries have not yet developed explicit definitions for green finance [including green loans] and thus have not collected data on green loans/assets, and are not able to conduct statistical analyses of the default rates and compare the difference between green and brown assets."

It would seem the global surge in demand for wind and solar power is not only driving a revolution in green finance in China; it is also driving a dramatic change in the structure of Australia's national energy market.

In a report published just before Christmas, the Energy Security Board, which is chaired by Kerry Schott, said that Australia is likely to lead the world in renewable energy by 2050.

Already in South Australia, there is the second highest level of wind and solar energy in the world after Denmark. The Energy Security Board report said Australia's renewable energy will be 40 per cent of total generation by 2050.

The article was originally published on The Australian Financial Review.