By Lin Jinbing and Yu Hairong 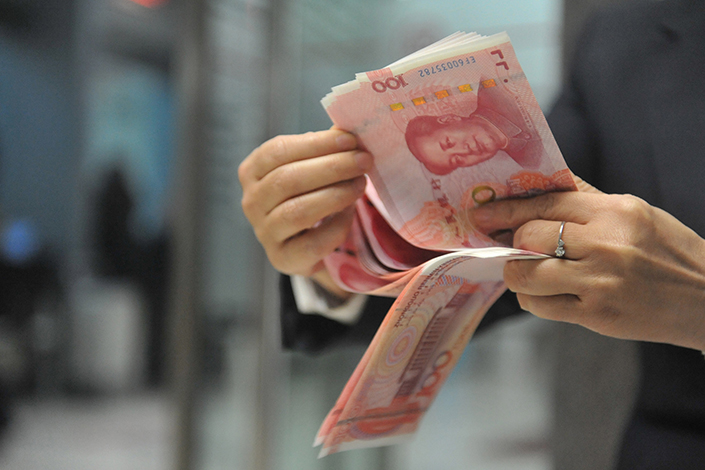 Local governments will be able to use part of their bond quotas earlier than usual next year, following the recent passage of a bill aimed at boosting slowing economic growth.

The Standing Committee of the National People’s Congress (NPC), China’s top legislature, passed a bill last week allowing local governments to issue 1.39 trillion yuan ($202 billion) worth of bonds before the legislature officially approves a 2019 quota in March, according to its Saturday statement (link in Chinese). The amount is about 64% of the 2018 quota set by Beijing for new issuance of local debt.

Following passage of the bill, local governments can start issuing new debt in the first quarter of 2019.

The country’s top legislature first hinted at the move two weeks ago when it mentioned the possibility in a proposed agenda.

The NPC generally approves a full-year quota for new bond issuance by local governments at its annual session in March. The State Council, China’s cabinet, then orders the Ministry of Finance to assign different quotas to local governments. Only after this can local authorities merge the bond quota into their own fiscal budget.

The timing means that even though the NPC-approved quota is for the full year, most of the quota actually ends up getting used in the second half of the year.

“Since most local governments adjusted their budgets around May in recent years, the issuance and use of local government bonds has been relatively slow,” Finance Minister Liu Kun explained (link in Chinese) when proposing the bill. There have been some situations where there was no bond issuance in the first half of the year and a lot of issuance in the second half, he said.

In addition to allowing earlier bond issuances next year, the bill also allows the State Council to make similar moves each year through 2022. The early allotment for each year should be no more than 60% of the quota for the previous year.

The legislature passed the bill in an attempt to speed up fund-raising by local governments, and ensure they have sufficient money to meet needs of key projects, it said in the statement. Many local governments are now struggling under a heavy debt load and have had difficulty raising new money. They traditionally relied on land sales as one of their biggest revenue sources, but that income has slowed due to a weak property market.

As China’s economy slows, policymakers are willing to encourage government-driven infrastructure projects to stimulate growth. In 2018, growth in China’s infrastructure investment moved basically downward due to a previous clampdown on local government borrowing.