China Will Roll Out Tax Cuts, More Infrastructure Spending in 2019 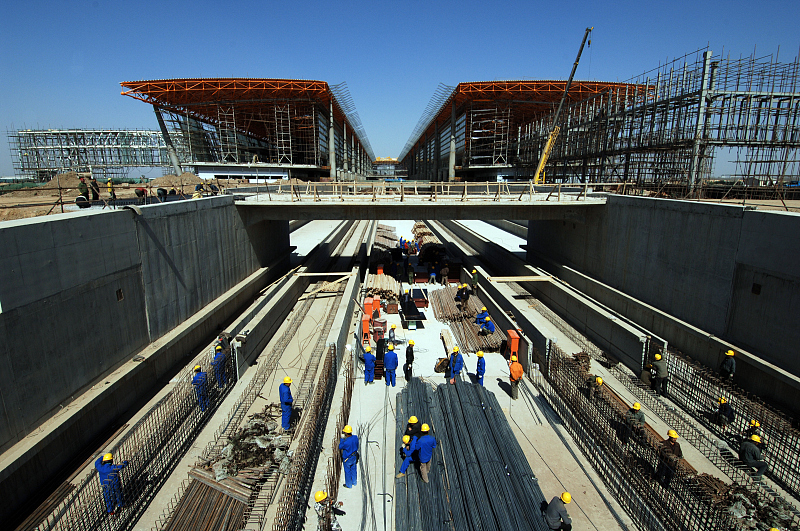 China’s fiscal policymakers said they would implement additional cuts in taxes and fees as well as increase issuance of local government special purpose bonds to boost infrastructure construction in 2019, as the government seeks to address the slowing of the country’s economic growth amid continued trade frictions with the U.S.

On Thursday and Friday, the National Fiscal Work Meeting, attended by Finance Minister Liu Kun, agreed to implement additional positive policies and increase support for certain industries, according to a release (link in Chinese) by the Ministry of Finance.

The meeting followed the policy direction set out by the annual Central Economic Work Conference during its meeting from Dec. 19 and Dec. 21, which identified “concerns and changes” in the economic outlook and highlighted the need to increase infrastructure spending as well as implement a large-scale cut in taxes and fees to help stabilize the economy.

China’s gross domestic product grew 6.5% year-on-year in the third quarter this year, the slowest rate since the first quarter of 2009. Economists’ estimates for full year growth this year are around 6.6% and most expect the pace to slow further to a range of 6% to 6.3% next year.

The Ministry of Finance allowed local government to issue 1.3 trillion yuan ($190 billion) in new special-purpose bonds in 2018. Although analysts’ predictions vary on how much special purpose bond issuance would be allowed in 2019, the average of their estimates was around 2 trillion yuan, a sizeable increase from this year.

From information disclosed by the government officials so far, the tax cut next year will likely focus on the value-added tax rate, while the fee reduction will affect the social insurance premiums that employers and employees pay. However, details of the tax and fee cuts and a schedule for their implementation haven’t been specified.

The tax and fee cuts and the increasing issuance of special purpose bonds will put pressure on overall government expenditures, so government agencies should be prepared to operate under a tight budget and restrain general expenditures such as those for operating costs, the report said.