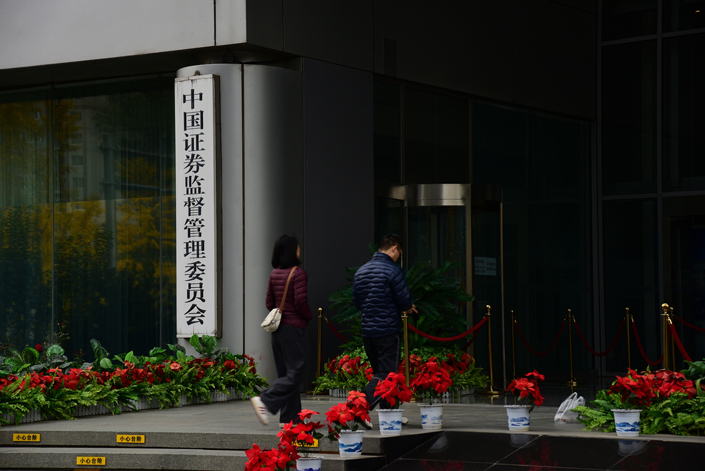 China’s securities watchdog has begun reviewing the applications of three joint-venture brokerages with overseas shareholders, as it makes good on pledges to allow greater market access to non-mainland firms.

The CSRC has accelerated its approval of foreign-owned onshore brokerage firms and brokerages with foreign shareholders to realize the country’s commitment to opening-up its financial markets. In April, China promised to allow foreign investors to own up to 51% of any joint venture in the securities, fund, and futures industries, and to remove the cap completely three years after the new rules go into effect. Swiss multinational UBS Group AG became the first foreign bank to control a Chinese mainland securities firm on Dec. 24, marking a milestone for the initiative amid global pressure on market access.

According to the latest CSRC filing, all three joint ventures have been waiting for their applications to move on to the review stage for years. Fangyuan Securities submitted its application materials on Sept. 22, 2016, Hanhua Securities handed in its application on Dec. 2, 2016, and Huasheng Securities did so on Aug. 7, 2017. The new developments in these long-standing applications reflect the fact that the securities regulator has put market access-related reforms high on its agenda this year.

Fangyuan Securities is a joint venture with an initial capitalization of 1.5 billion yuan ($218 million), with key shareholders that include the Shanghai-listed Suzhou Kelida Decoration Co. Ltd., and Hong Kong brokerage firm SBI China Capital Financial Services Ltd, which has been a licensed securities company in Hong Kong since 2004. SBI China Capital will hold a 26% stake in the brokerage, while Kelida and its parent company, Kelida Group, will hold a total 49.5% stake, according to Kelida’s announcement on Sept. 1, 2016.

Hanhua Securities is a joint venture controlled by Hong Kong-listed Hanhua Financial Holding Co. Ltd. with a capitalization of 1.5 billion yuan, according to the firm’s announcement on Dec. 6, 2016. Jiangbeizui Group, a wholly state-owned enterprise that acts as an investment and financing vehicle for the government of Chongqing, will hold a 25% stake. The brokerage’s business scope will include securities, underwriting and sponsorship of securities, proprietary trading, securities and asset management.

Huasheng Securities is labeled as a joint venture with overseas stakeholders by the CSRC, but no detailed public information is available at this stage.

The latest CSRC filing also shows that U.S. investment bank JPMorgan Chase & Co., and Japan’s Nomura Holdings Inc., which are both seeking to set up new securities joint ventures in which they would hold a 51% stake, have received feedback on the CSRC’s review process and are awaiting approval.