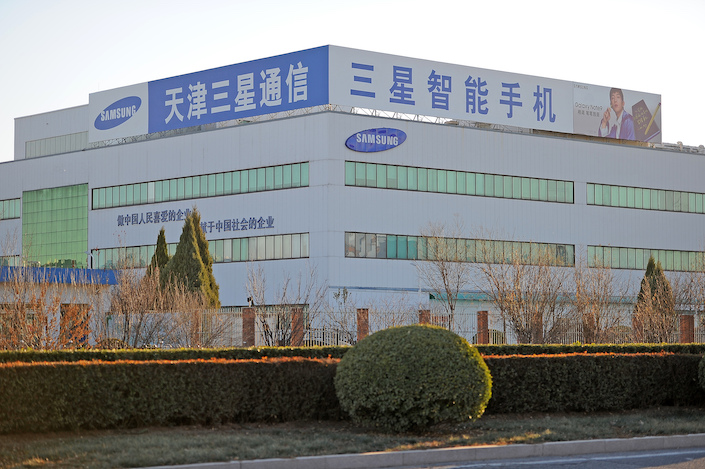 With the closure of its joint-venture facility in Tianjin, Samsung’s smartphone manufacturing presence in China has dwindled to one.

The company’s remaining plant is in Huizhou, near the manufacturing conurbation of Shenzhen and Guangzhou.

Tianjin Samsung Telecom Technology, which closes today after nearly 20 years in operation, was a joint-venture by Samsung and a Tianjin government-backed company.

Over 2,000 workers will lose their jobs with the closure of the plant, which once employed over 8,000 people and could produce 36 million smartphones per year.

Samsung was the market leader in China just five years ago, but competition, especially from cheaper domestic rivals, have eaten away at the company’s bottom line.

Samsung announced the shut-down decision on Dec. 12, months after it closed a factory in Shenzhen. The moves are responses to sluggish sales in China and the company’s intention to focus on Southeast Asian markets, it said.