2018 Through the Lens of Caixin Photographers (Part 2) 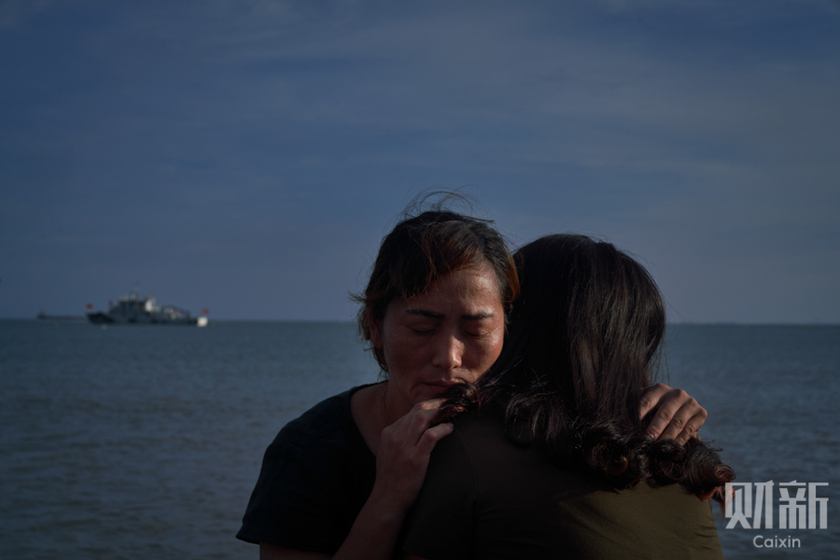 Lin Aizhen (left) and Chen Shufen embrace near the sea in Putian, in East China’s Fujian province, on June 9, 2018. Both were sold by their parents when they were little. Lin was beloved by her adopted family, while Chen was purchased as a child bride and was forced to marry her adopted brother, who is mentally disabled. At least 10,000 young girls were sold as child laborers or brides to families in Putian, according to estimates by women’s and girls’ rights groups in Fujian. Photo: Liang Yingfei/Caixin 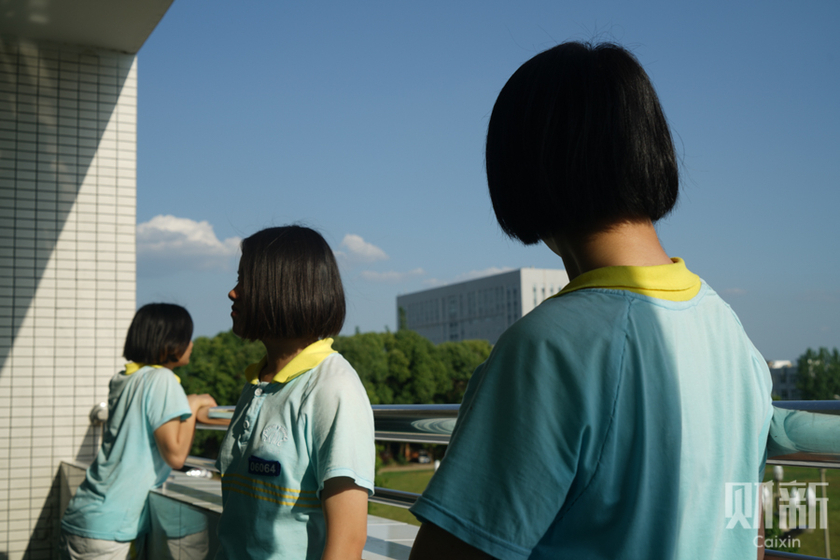 Three detainees at a ‘Compulsory Isolated Drug Rehabilitation Center’ in Deyang, Sichuan province, take a break on June 10, 2018 during rehearsals for a performance to mark the United Nations’ International Day Against Drug Abuse and Illicit Trafficking. Over 2017, the number of known drug users in China rose by nearly 2% to 2.55 million, according to official figures. Photo: Cai Yingli/Caixin 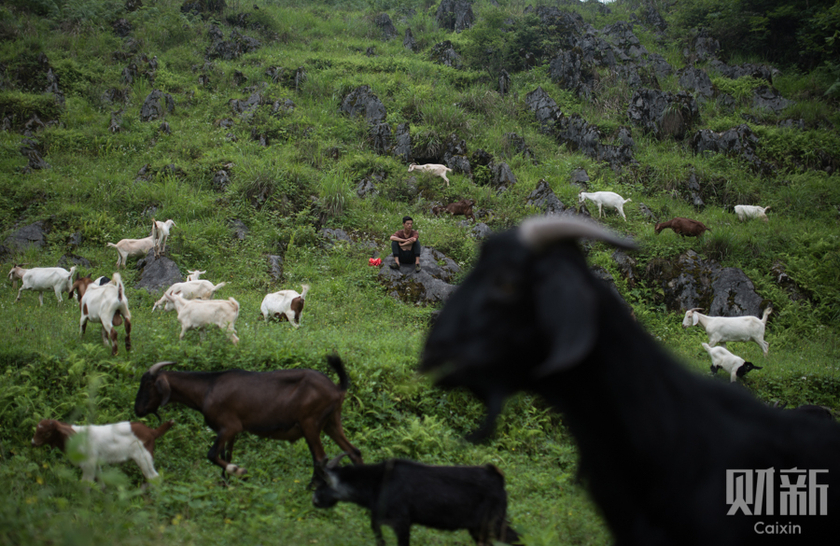 Ren Huajun tends his goats on a hillside in Zunyi, Guizhou province. A former migrant worker who spent many years away, Ren returned home to take care of his family and raise goats for a living after his father’s death. His father Ren Yunkai, a miner, was arrested for what local police alleged was insurance fraud in Zunyi after he was diagnosed with stage-one black lung disease at the Guizhou Aerospace Hospital in 2015 and received part of his insurance payout. Ren Yunkai died of cancer in May 2018 while the investigation was ongoing. His and other similar cases attracted claims local police had colluded with companies to undermine workers’ rights. Photo: Ding Gang/ Caixin 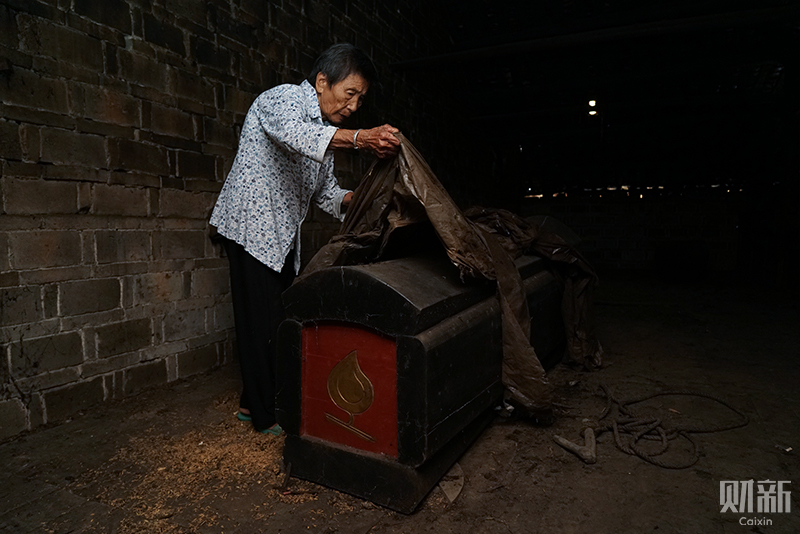 Human burial is a long-running tradition in much of rural China. On Aug. 3, 2018, deep in a mountain hiding place away from her village in Ji’an, Jiangxi province, Yang Ailian (a pseudonym) inspects a coffin she prepared for herself two decades ago. Yang’s husband, who did not want to be cremated, was buried in a similar coffin after he committed suicide to avoid being caught by a controversial new law forbidding human burial which is to be implemented in Jiangxi in 2020. Photo: Cai Yingli/Caixin 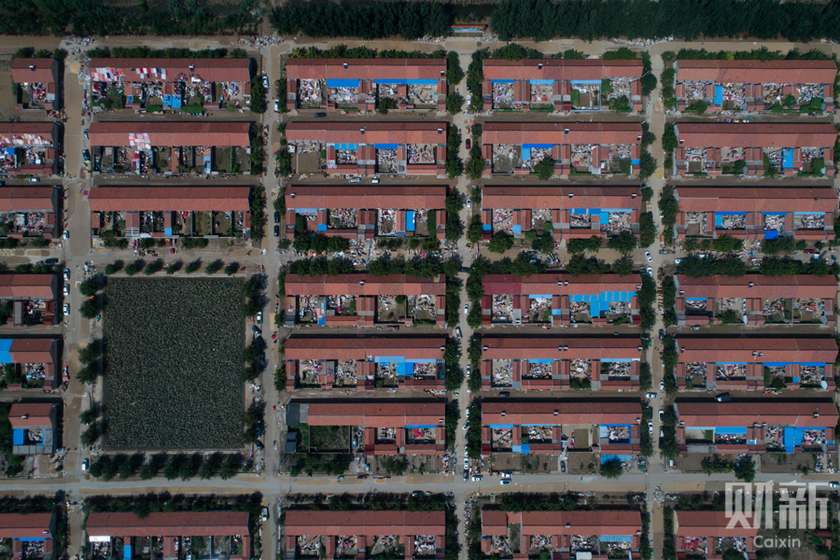 A flooded area of Shouguang town, Weifang, in East China’s Shandong province, is seen from above on Aug. 25, 2018. In the photo, locals attempt to dry out their furniture and other household items by leaving them outside. In mid-August, unprecedented flooding triggered by incessant rain and a last-minute discharge of floodwaters from upstream reservoirs wreaked havoc in the city, which is known as a top vegetable and fruit producer. Photo: Chen Weixi/Caixin 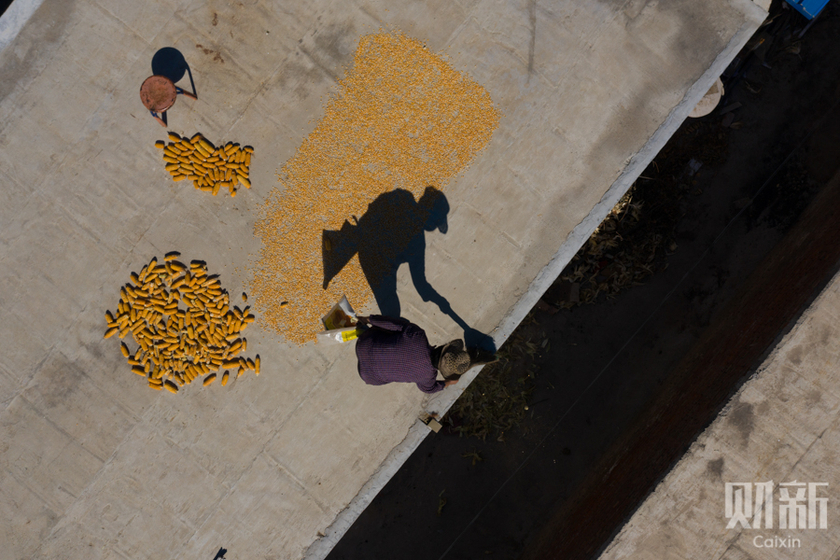 Zhang Huanzhi, whose son Nie Shubin was wrongly executed because of a miscarriage of justice, dries corn on a roof. Nie was executed in 1995 for the crime of raping and killing a woman in a cornfield near Shijiazhuang, Hebei province. A decade later, another man arrested for a separate crime confessed to the murder. Nie’s mother had fought for years to exonerate her son. Photo: Chen Liang/Caixin 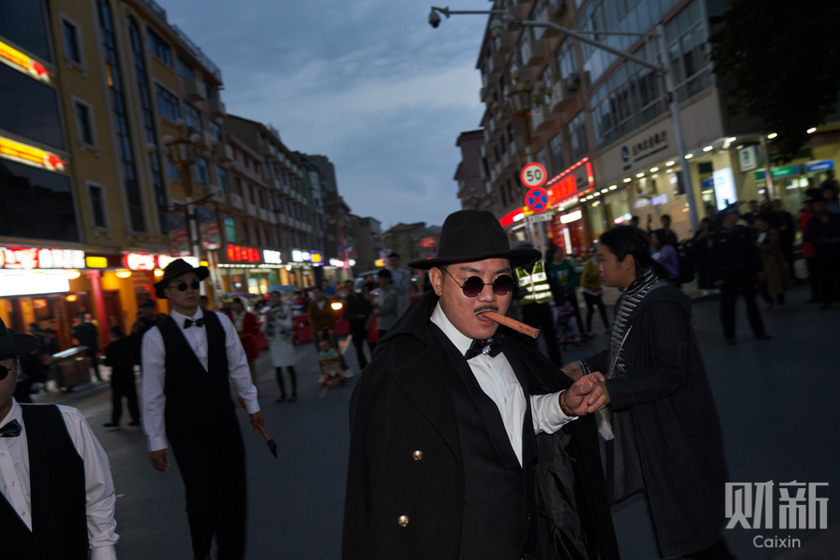 Actors and performers fill the streets during a parade at the Film and Television Festival in Hengdian, Zhejiang province on Oct. 20, 2018. Participants travel from around China to the world’s largest film and television shooting base, Hengdian World Studios, to chase their dreams of stardom. Photo: Liang Yingfei/Caixin

A fire at a lubricant warehouse in Tianjin’s Binhai New Area lights up the sky on Oct. 29, 2018. No deaths were reported. Photo: Cai Yingli/Caixin 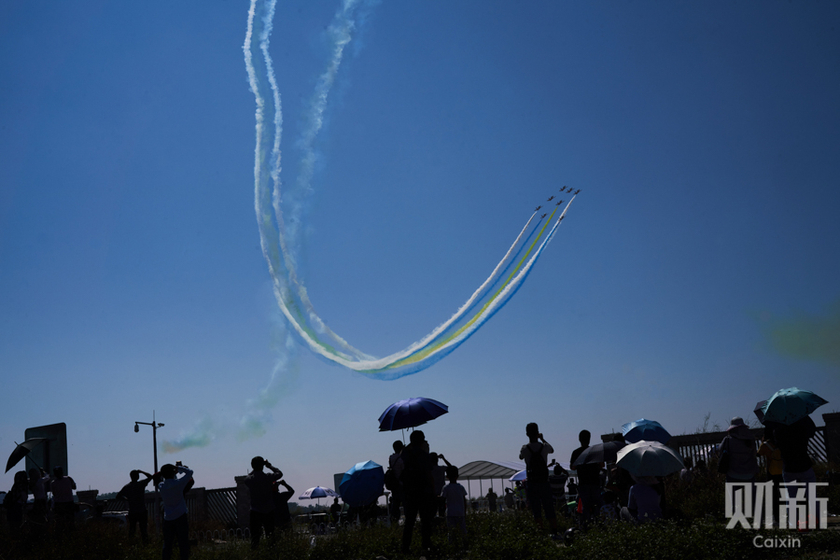 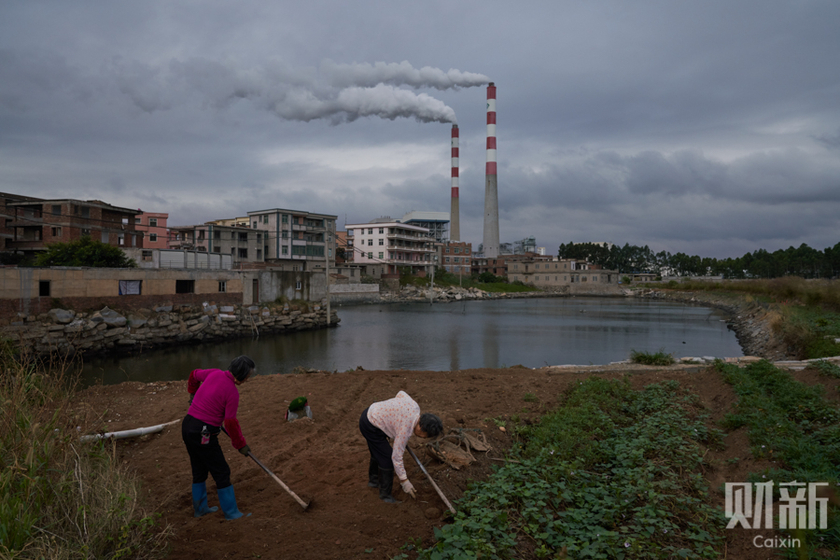 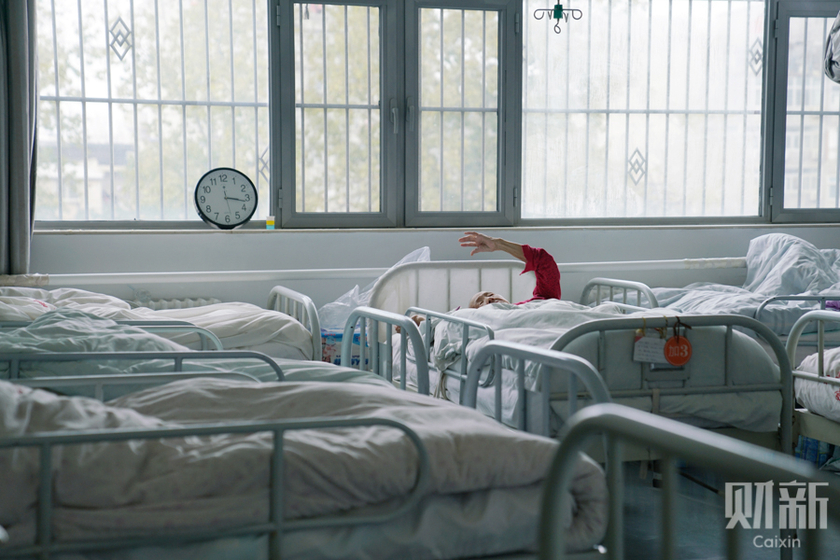 An elderly patient stretches her hand out toward the rail of her bed in Songtang Care Hospital, one of China's first end-of-life centers, in Beijing’s Chaoyang District on Nov. 24, 2018. Though the number of people over 60 in China eclipsed 240 million or 17% of the nation’s population at the end of 2017, there are only a few dedicated hospices in the country equipped to provide this kind of palliative care. Photo: Cai Yingli/Caixin 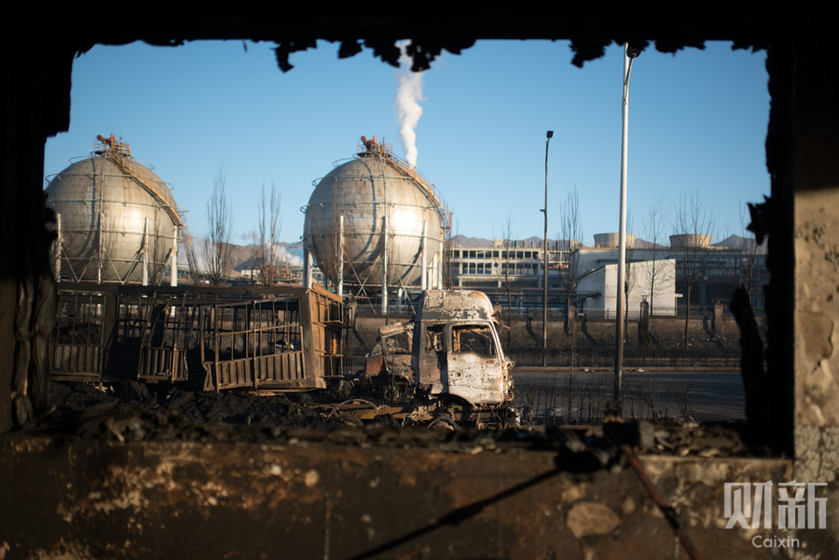 A burnt-out truck is seen outside Hebei Shenghua Chemical Co. Ltd. after an explosion which killed 23 people and injured 22 in Zhangjiakou, in North China’s Hebei province. The explosion was caused by a vinyl chloride leak at a plant run by a subsidiary of the China National Chemical Corporation, the state-owned chemical manufacturer. Photo: Ding Gang/Caixin 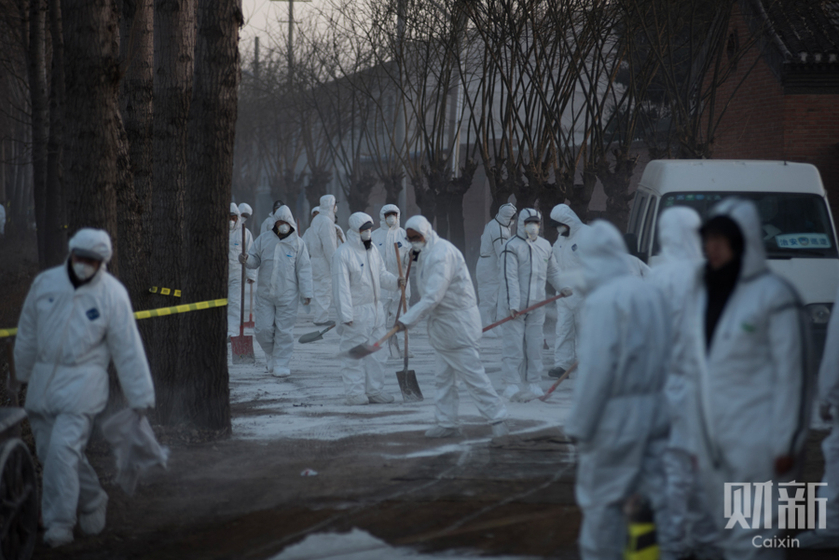 Cleanup crews in protective suits disinfect a suburban pig farm in Beijing’s Tongzhou district after an outbreak of African swine fever, on Dec. 4, 2018. Since the first cases of the disease — which is deadly for pigs but does not affect humans — were discovered in Liaoning province, around 600,000 hogs have been culled around the country. China is the world’s largest pork producer and consumer. Photo: Ding Gang/Caixin