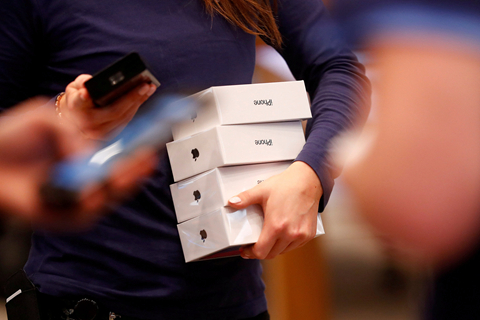 The iPhone maker estimated revenue of about $84 billion for the quarter ended Dec. 29, down from a previous projection of $89 billion to $93 billion.

In a letter to investors, Apple Chief Executive Officer Tim Cook attributed the reduction to a slowdown in the Greater China region, which accounts for almost 20% of its revenue.

“Most of our revenue shortfall to our guidance, and over 100% of our year-over-year worldwide revenue decline, occurred in Greater China across iPhone, Mac and iPad,” Cook said.

The announcement further fueled concerns over the tech giant’s growth outlook, especially under the shadow of the trade war between China and the U.S.

Several of Apple’s suppliers, including the biggest one, Foxconn Technology Group, have announced cost cuts due to gloomy projections for iPhone sales.