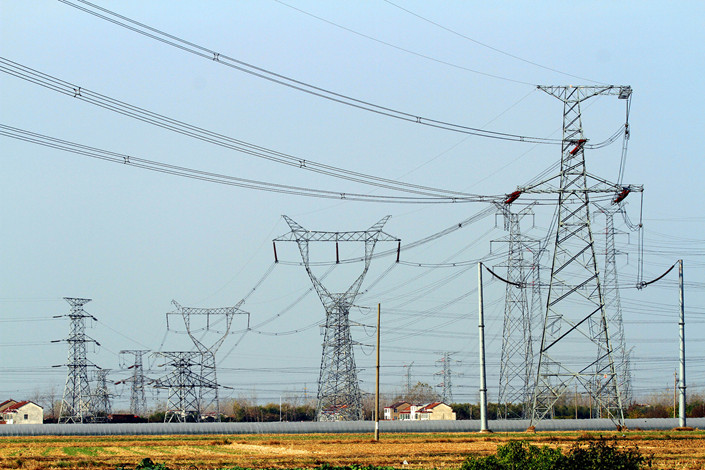 The building of power grids has been removed from China's 2018 negative list for foreign investors. Photo: VCG

At the end of 2018, China finally introduced a major reform initiative. On Dec. 25, the National Development and Reform Commission and the Ministry of Commerce issued the “Market Access Negative List (2018 Edition),” marking China’s full implementation of the market entry “negative list” system. The system was tested out in four provinces and cities in 2016, and the following year the pilot program expanded to 15 provinces and cities. This instance of comprehensive opening signifies the fulfillment of the State Council’s 2015 pledge to implement the national market access negative-list system from 2018. This detailed list is a significant, hard-won achievement that represents a commitment to continued reform and to the spirit of the rule of law. However, it can be expected that the negative list will face serious difficulties as it is implemented.

Such a comprehensive transformation of the market access system is not easy. It is revolutionary to the investment management system left over from the planned economy. The negative-list system of market access means that the State Council clearly lists the industries, fields and businesses in China where foreign and private investment and operational activities are prohibited or restricted. All industries, fields and businesses not included on the negative list can be legally entered equally by all market participants. Obviously, without such a list, market access opportunities are unequal, and it is impossible for all kinds of market participants to have equal legal status, receive equal protection of rights and equal development opportunities. Over the years, the central government has advocated a policy of “no bans to entry.” However, various “glass doors” and “glass ceilings” make it difficult to fully implement. The release of the negative list has rekindled expectations from all walks of life. After the obvious barriers to market access have been gradually weakened, the focus of reform should be shifted to eliminating various implicit barriers.

Beyond promoting equal competition, the most significant aspect of this reform is that it provides an “operational specification” to clarify government and market boundaries, thus specifying the concept of “making the market play a decisive role in resource allocation.” It is well-known that the government’s authority has for a long time been absent, has overreached, or has been misplaced, often all at once. A clear and consistent negative list helps eliminate local or sectoral interventions, and results in stable, transparent and predictable institutional arrangements. Without the authorization of the State Council, regional departments are forbidden from publishing a negative list of market access by themselves, nor may they increase or decrease or change the entry list of negative market access. Therefore, it is also a support system for building a unified, open and competitive modern market system.

Internationally, the negative-list system is mostly aimed at foreign investment, which the Chinese government has now endowed with richer connotations. This demonstrates the good will and pioneering work of modernizing the national governance system and governance capacity. Of course, in order to turn good law into good governance, we still need to eliminate obstacles at all levels, supplemented by supporting reforms.

The biggest obstacle is the intricate entanglement of the interests of local protection and industry monopolies. Market access is the gateway to building an interest network. Equal entry for market entities will inevitably impact existing monopolistic interests, and vested interests will naturally not sit idly by. Over the past few years, with the help of extremely asymmetric power and capital advantages, those with vested interests have been cruel and fierce in exerting pressure on their competitors. Market access in industries such as energy, railways, electric power, and civil aviation has long been relaxed. However, private capital has done little and has come nowhere near to becoming fully competitive, and the division between upstream and downstream parts of the value chain remains rigid. After the implementation of the negative list, the monopoly forces will inevitably find more covert means to protect their dominance. Therefore, next, we need to further establish and improve the mechanisms concerning access, approval, supervision, social credit, incentives, discipline, and commercial registration that are compatible with the market access negative-list system. Systemic engineering requires systemic construction.

The dynamic adjustment of the negative list should be timely and scientific. Future adjustments to this 83-page negative list according to economic and social development are inevitable. Relevant officials have acknowledged that there is still much room for further liberalization of market access. Market entities, industry associations, experts and scholars must be included in the development of a complete adjustment process; third-party evaluation mechanisms must be used to continuously improve the legitimacy and openness of dynamic adjustments. To this end, we must listen carefully to the voices of market players before and after adjustments are made, and we must pay close attention to the interests of various market entities.

Over the past few years, the central government has promoted reforms to “simplify government and decentralize power, combine decentralization with regulation and optimize services.” The effect of these reforms is gradually becoming more apparent. The negative-list system is an integral part of this reform and is dependent on its success in order for the negative list to be effective. Facing increasing downward economic pressure, the ongoing Sino-U.S. trade war, and the difficult situation for private enterprises, it is undoubtedly the right choice to create a market environment of equal access and fair competition, along with stimulating the vitality of companies, for both present and long-term benefit. 2019 is destined to be an extraordinary year, but how can we solve our worries? Only through reform.