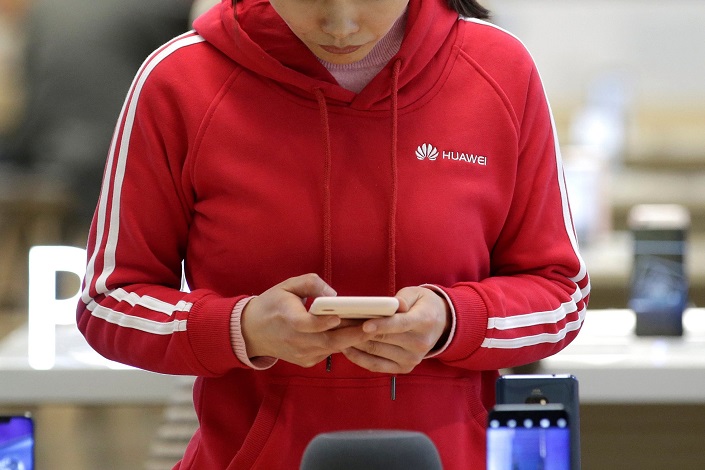 Huawei employees who allowed their company to tweet New Year wishes from an iPhone are now in trouble.

One employee will be demoted and have their pay docked, while the other will be passed over for promotion this year, the Chinese telecommunications company said in an internal document Thursday.

Twitter users noticed on New Year’s Eve that Huawei’s official account had tweeted new year wishes labeled with “via Twitter for iPhone.” The tweet was soon deleted, but screenshots were widely circulated online in China and abroad.

Apple’s iPhone has been the target of patriotic displays since Huawei’s CFO Meng Wanzhou was arrested in Canada late last year.

The circulation of the screenshots has “negatively affected the brand reputation of Huawei smartphones,” the company said.

Huawei explained that a marketing company called Sapient Corporation was in charge of the Huawei Twitter account. Due to some “VPN connection issues,” the team was unable to tweet the wishes using a computer. In order to publish the tweet in time for the new year, Sapient’s team inserted a Hong Kong SIM card into an iPhone and posted the tweet without checking how the published tweet would look, Huawei said. Huawei didn’t disclose where the Sapient team was located.

China’s internet management policies mean some foreign sites including Twitter, Google and Facebook cannot be accessed on the Chinese mainland without a virtual private network (VPN) or a non-mainland SIM card.

Sapient will be held accountable, Huawei said. The two Huawei employees are from the public relations department, and are being punished for “poor vendor management” in connection to the tweet, the company said, without specifying the employees' role in the incident.