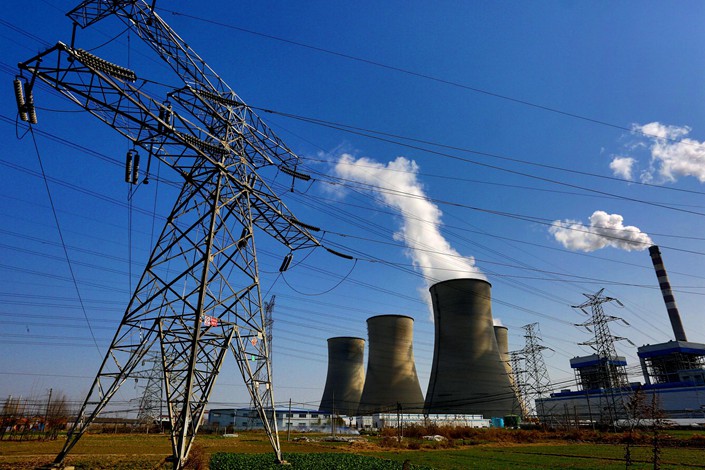 In the 1980s, when China started to open up to the outside world and sought to give up the Soviet-style planning economy and embrace market reforms, the World Bank sent a team of economists to help assess the Chinese economy and give development advice. Former World Bank economist Adrian Wood is one of the major coordinators and authors of a report that the team came up with in 1985. The report and its following reports had deeply influenced Chinese government’s policymaking in the early years.

At the invitation of Comparative Studies magazine, Wood recently wrote an article titled “Long-Term Development Issues and Options, Past and Present” (link in Chinese) to look back at what that report got right or wrong. He also offers insights into China’s current long-term development issues, including how to improve public capital management, strengthen business competition, and narrow income inequality. The following is an excerpt of his 10,000-word article — the part that focuses on the reform of state-owned enterprises （You can find the full article here）.

Public ownership of enterprises in China far exceeds that in any developed country, generating 30% to 40% of gross domestic product, and is seen by the government as a basic ingredient of socialism. There is much scope for debate, however, about whether and how a large state-owned enterprise (SOE) sector could help to reduce the total factor productivity gap between China and the developed countries. The performance of SOEs around the world has usually been poor, and official thinking in China about SOEs has changed a lot in the course of the reforms, but the dominant view of China’s policymakers is apparently still that SOEs should lead the country’s economic and technological catch-up.

It has been recognized in China since 1984 that in a socialist market economy, most SOEs must be encouraged to seek profits and be separated from regulatory and other functions of government. But as the World Bank’s 1985 report summary said, “establishing independent and appropriately motivated enterprises may be the hardest single aspect of reform,” and this has proved true. Large numbers of small SOEs were merged, sold or closed; from 1993, the remaining SOEs began to be transformed into modern corporations and sometimes listed on stock markets; and in 2003, responsibility for the capital of central nonfinancial SOEs was given to the State-owned Assets Supervision and Administration Commission (SASAC) under the State Council, and to similar institutions at lower levels of government.

Although these reforms greatly improved its performance, the efficiency and innovativeness of China’s SOE sector remains below that of its private sector. The average profit rate on capital of SOEs rose after the 1990s, but is still less than half the average rate in private enterprises, partly because some SOEs persistently lose money. The average total factor productivity of SOEs also rose relative to that of the private sector, due partly to the exit of inefficient SOEs and partly to the efficiency increases in continuing SOEs, but it still lags that of the private sector. Many SOEs innovate, and in some sectors they are technological leaders, but on average, SOEs invest less in research and development (R&D), collaborate less with other innovation partners, and extract fewer innovative outputs from their R&D inputs than foreign-invested and domestic private firms do.

Recognizing the scope for further improvement, a new phase of SOE reform was initiated by a Third Plenum decision of 2013 and elaborated in the 2015 “Guiding Opinions of the Central Committee and State Council.” Its distinctive feature is to shift emphasis from the management of state enterprises to the management of state capital by rearranging the ownership of shares in corporatized SOEs. This rearrangement is intended to weaken the links between SOEs and government departments (both central and local), and hence to strengthen the incentive of SOEs to improve financial returns, to reduce pressures on them to pursue other objectives, and to reduce their ability to influence policies that might affect their performance.

The “Decision and Guiding Opinions” endorsed two different but complementary approaches to ownership rearrangement: using specialized public institutions to exercise the state’s ownership role in SOEs through representation on their boards of directors; and mixing public with private ownership — for instance, through selling shares in SOEs to private investors. Given the huge number of SOEs and the challenge of finding or creating suitable public-ownership institutions, this reform is still in progress, and information on what has been done is limited. At the central level, SASAC has delegated its ownership role in some SOEs to holding companies or to other SOEs; it has transferred shares to social security funds; and it has allowed private investors to buy shares in SOE subsidiaries. At the provincial level, private-public programs predominate, though some provinces are also using public ownership institutions.

There is apparently no evidence as yet on the effectiveness of these ownership rearrangements in improving the profitability, efficiency or innovativeness of the SOEs concerned (or of other enterprises in the markets in which they operate). As with earlier Chinese reforms, the plans that have been implemented are often described as pilot programs but are not designed as randomized controlled trials and will be difficult to evaluate, especially because it will take several years for their full effects to emerge.

It seems likely that these ownership reforms will strengthen the incentives of SOEs to improve their financial performance. It is less clear that their boards of directors will be given all the powers needed to achieve improved performance; for example, choosing the CEO or making large investment decisions. Perhaps the biggest question is whether these reforms will succeed in breaking the links between SOEs and other functions and interests of government — which undermined state holding companies in other countries, with the remarkable exception of Singapore’s Temasek. Particularly hard is for any government to refuse help to an SOE at risk of closure, even if the public capital in it has already lost all its market value, because of the associated loss of employment.

In any event, the best strategy is clearly to persist with this new phase of SOE reform for several more years. Its effects should be systematically evaluated by funding research that compares the efficiency and innovativeness of SOEs with different patterns of public ownership, relative to the performance of privately owned enterprises, domestic and foreign. It is to be hoped that this research will find that rearranged ownership has improved SOE performance, though with some sorts of rearrangement being more effective than others, and so require only minor shifts in direction. But if it turns out that none of the rearrangements has yielded much improvement, a more basic rethink of the form and scale of public ownership will be needed.

The influence of government policies on strictly independent profit-seeking SOEs controlled by their directors would be entirely indirect — though taxes, subsidies, credit, information and indicative plans affecting all enterprises in a market. However, the Third Plenum’s decision and guidelines imply that purely indirect influence is appropriate only for some SOEs — especially enterprises with commercial objectives in competitive markets. Direct government influence on other sorts of SOEs is seen as necessary to achieve noneconomic objectives and “to develop forward-looking strategic industries.” In many SOEs, in other words, the official view is that China should not leave decisions simply to directors seeking improvement of the financial performance of their own enterprises in response to market pressures and opportunities.

The total amount of public capital invested in the categories of SOEs that are believed to need direct control is huge, and direct control is likely to cause this capital to be used less efficiently than in profit-seeking SOEs in competitive markets, so it is important to make well-informed decisions about whether and when direct control is necessary. Noneconomic objectives are achieved in other countries by enterprises without any public ownership, let alone direct control: Most of the world’s best military equipment is produced by profit-seeking firms in competitive markets; abuse of natural monopolies is prevented by regulation; market failures such as pollution can be corrected by taxes or subsidies; and provision of services in remote areas can also be incentivized by subsidies.

Of most relevance to this article’s focus on the catch-up of China’s total-factor productivity, however, is the belief of Chinese policymakers that direct control of many enterprises in strategic sectors is essential to accelerate innovation. Top-down resource-push industrial policy, with SOEs required and funded to move in pre-identified new directions, has had strong appeal in many other countries, too, but experience suggests the need for great caution. Planned, publicly funded and broadly disseminated research provides a vital foundation for all innovation and has yielded important new products, such as the touchscreen display, but there are many examples — including in China — of sector-specific failures.

The vast majority of successful innovations are made spontaneously by enterprises in response to the needs of customers and actions of competitors. The evidence on this point goes back a long way, but is confirmed by much recent experience, ranging from Apple Inc.’s iPhone to the commercial strategy that led to Huawei Technologies Co. Ltd. becoming the world’s most prolific patenting firm. It suggests that, whatever their sector, China’s SOEs will be more successful innovators if they are allowed to make their own choices, motivated by the search for profit, the avoidance of losses, and market pressures.

China’s policymakers are probably familiar with this argument and with some of the evidence, but wish to maintain direct control of many SOEs. They are right to be impressed by the past growth of directly controlled SOEs — about 50 of the SASAC’s are among the world’s 500 largest companies. They may also be right to believe that China’s future experience with SOEs, as in other areas of its success, will be different from that of foreign countries. But if this belief turns out to be wrong, catching up with developed countries will require further changes in SOE policy. It will therefore be important to collect and analyze evidence on the comparative performance, especially in innovation, of directly and indirectly controlled SOEs.

Adrian Wood is a professor emeritus of international development at the University of Oxford. From 1977 to 1985, he was a senior economist at the World Bank in Washington, D.C., working on China, Turkey and the 1980 World Development Report. From 2000 to 2005, he was chief economist of the U.K.’s Department for International Development.

Read more on Caixin’s special coverage on 40 Years of Reform.