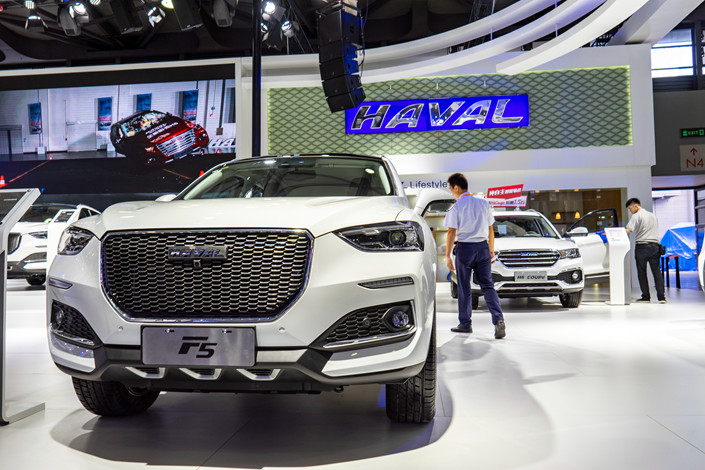 *This led stocks in the mentioned industries to spike, with shares across the home appliances sector rising by an average 4%

Authorities will take measures to “further let consumption play its fundamental role in (supporting) economic development,” Ning Jizhe, a vice chairman of the National Development and Reform Commission, said in an interview with four major state media outlets, including the Xinhua News Agency and the People’s Daily, the Communist Party’s official newspaper.

“(The government) will introduce measures to stabilize consumption of popular products such as cars and home appliances,” he said, according to a transcript of the interview carried by Xinhua late Tuesday. The government will also institute policies to encourage online shopping among the country’s vast rural population and to increase the income of less wealthy groups to “enhance their ability to consume,” said Ning, who also heads the National Bureau of Statistics.

Investors snapped up shares of carmakers and appliance producers in hopes government policies will drive up the companies’ sales and profits.

The benchmark Shanghai Composite Index gained 0.71% at close Wednesday. Home appliance manufacturers topped the list of sectors with the highest rise — an average 4% jump across the sector. The auto sector ranked fourth with an average increase of 1.35% according to figures provided by Chinese news portal sina.com.cn. A total of 13 home appliances and auto stocks, including Great Wall Motor Co. Ltd. and Hisense Home Appliances Group Co. Ltd. — or almost one in every 10 listed companies in the industries — rose by the 10% daily limit.

The sectors’ companies also soared in Hong Kong. Great Wall Motor and Hisense were each up around 10%, making them the best performers among all firms listed on both the H-share and A-share markets. They were followed by GAC Group, the state-owned automaker based in the southern city of Guangzhou. Geely Auto, which fell in its last five trading days in Hong Kong after the New Year holiday, rebounded Wednesday by climbing over 8%.

The measures are part of the country’s plan to expand the domestic market to counter the impact on external demand from the trade war with the U.S. — a policy set by Chinese leaders at a key meeting last month on economic work this year.

In 2009, the Chinese government rolled out a policy nationwide to hand out cash subsidies to rural buyers of home appliances to fend off economic woes caused by the global financial crisis. By the end of 2012, one month before the policy ended, 720.4 billion yuan ($105.4 billion) worth of appliances had been sold under the program. This was more than the country’s total sales of home appliances and audio and video gadgetry in the three years prior to the launch of the subsidies, Chinese official figures showed.

From 2009 to 2011, policymakers also cut the tax on purchases of small-engine cars by half in another bid to boost consumer spending. The measure helped the country to overtake the U.S. to become the world’s largest car market in 2009. The government resumed the policy in 2015 to stimulate sluggish auto sales and then extended the incentive in 2017 with a less generous tax cut.