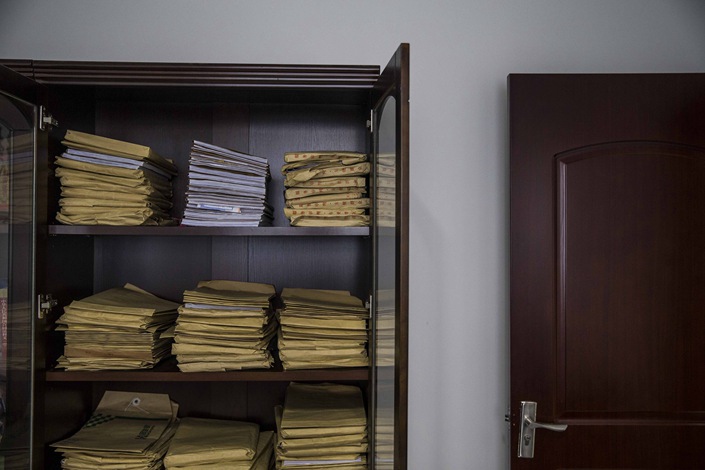 China’s top anti-corruption watchdog together with the Supreme Procuratorate, or prosecutor general’s office, and the Ministry of Public Security will conduct a joint investigation of the lost documents in a long-running dispute over a mining project worth hundreds of billions of yuan. The political and legal affairs commission oversees the nation's prosecutors, courts and police.

Results of the investigation will be made public, the commission said. The Supreme Court responded with a brief statement saying it will fully cooperate.

The mining project dispute has been going on since 2006, and the documents went missing from the high court two years ago. But the matter came to public attention only in late December, when the prominent former television host Cui Yongyuan revealed the case on social media.

Following Cui’s post, a video recording of a man believed to be Wang Linqing, one of the Supreme Court’s 340 judges, went viral online. In the video, Wang confirmed the disappearance of the documents.

The missing papers include key details of a contract dispute between a private company and a state-owned enterprise in Shaanxi province. The case was filed in 2006 by a private miner, Kechley Energy Investment, and accused state-owned Xian Institute of Geological and Mineral Exploration of breaching a contract on a joint coal-mining project in Yulin city. The project was worth about 380 billion yuan ($55 billion), Caixin learned.

Kechley sued the Xian Institute for unilaterally terminating a contract signed in 2003 and inviting a third party into the project without Kechley’s agreement. The case has gone through different levels of courts and has yet to be fully settled because of disagreements among the parties.

In the video, the judge Wang says he noticed the disappearance of the documents in November 2016 from his office when he handled a second review of the dispute and prepared to issue a verdict in favor of Kechley.

Wang said he reported the missing documents to his supervisor, a judge surnamed Cheng. The surveillance video in the office area where the documents were filed was found to contain a gap. Wang said in the video that he made the recording “to protect himself and leave some evidence.”

Following an initial denial, the Supreme Court later issued a statement acknowledging the incident and pledging an internal investigation.

Caixin was unable to reach Wang and the Supreme Court for comment.