China’s ‘Supreme Court at Your Doorstep’ 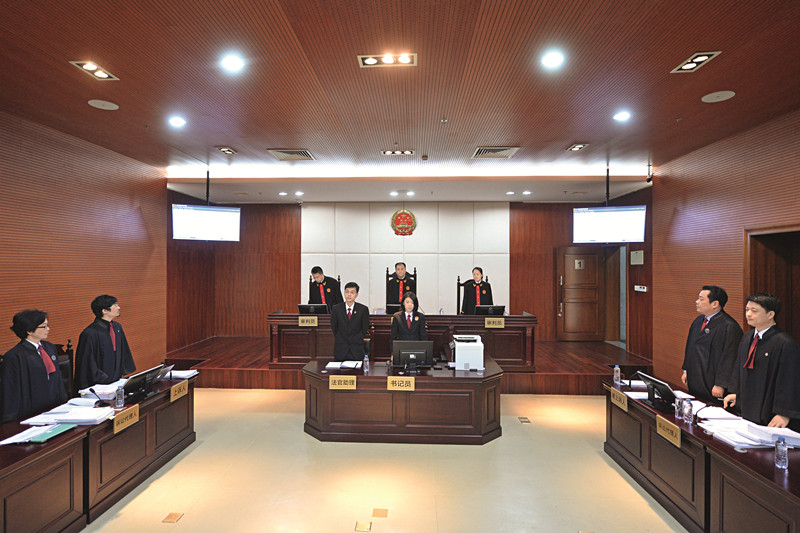 Last December, the conviction of Nie Shubin, executed 22 years ago after being found guilty of rape and murder, was overturned. But it wasn’t in the solemn gray-brick building of the Supreme Court in downtown Beijing where the wrongful conviction was corrected – it was in one of its six satellite courts, part of China’s effort to reform its judicial system.

The reversal is one of a number by so-called Circuit Courts, which were set up two years ago to handle such appeals and free up time for the nation’s top court to handle only the most significant cases.

The Circuit Courts’ decisions are final and considered nationwide precedent, equivalent to those made by the headquarters in Beijing. Circuit judges will serve in their posts only two years before being rotated to other posts, a mechanism intended to enhance the power and independence of the judicial system while wringing out interference by local officials.

In rapidly developing China, the courts face making trail-blazing legal decisions in fin tech, for example, which no doubt will prove controversial. But the pilot program is heralded by legal activists as bringing justice to the doorsteps of ordinary people.

The six courts are busy: In the first half of this year, they processed 5,730 cases, or 44.8% of all cases that were filed during that time with the Supreme Court.

How the satellites work

The model for China’s Circuit Courts originated in the West, when hundreds of years ago judges and lawyers began traveling to regions with no local courts to hear cases and conduct trials.

The first Circuit Court in China was inaugurated in January 2015 in Shenzhen, in the southern province of Guangzhou. The Shenzhen Circuit Court handles appeals and petitions against rulings made by local high courts in Guangdong, Guangxi, Hunan and Hainan provinces. It also acts as the first court for major administrative, civil and commercial cases.

The Circuit Courts dispense with the complicated bureaucratic structure that plagues the traditional court system in China and give individual judges greater say in their specialized area.

Judges of the Circuit Courts have greater power, but also greater responsibility, said Zhou Lunjun, a judge of the No. 3 Circuit Court in Nanjing, which was set up in December to oversee Shanghai, Jiangsu, Zhejiang, Fujian and Jiangxi and eastern China.

“If people can’t depend on the Supreme Court judges at their doorstep to help them, then how can they feel assured they will receive justice,” Zhou said.

In addition to the two-year term limits for judges in a circuit, the satellite courts also have a supervisory ombudsman and a lifelong accountability system to track the records of judges and make them accountable for misjudgments.

On Aug. 28, China’s top legislator began the process of making the pilot circuit-court project written into China’s Law on the Organization of People's Courts, a move that will make the pilot project a concrete part of the judiciary in China.

A ‘not-welcome’ mat for local interference

Legal experts see the establishment of Circuit Courts as a significant step in reducing local officials’ influence in court cases.

Smaller countries such as Japan have adopted a unified judicial system, while many larger nations have tiered systems. In the United States, for example, there are state and federal court systems, and then the Supreme Court to handle the most significant disputes.

China adopted a centrally controlled judicial system, with levels of courts throughout its vast territory.

China has 3,573 local courts, most of which correspond to the division of administrative regions. The local party committee oversees the personnel and property of local courts. That has meant that court interests are closely tied to the local government.

It has always been a tough job for ordinary people to win battles against government agencies or officials.

In the Nie rape-murder case, for example, Nie’s family and lawyer had always contended his was a miscarriage of justice. They said his confession was solely due to being tortured by police, and accused local officials of pressuring the local court in Shijiazhuang to deal with the case quickly and later blocking a second look at the conviction.

It took the No. 2 Circuit Court to reopen the case. It set aside Nie’s conviction for lack of evidence.

The Circuit Courts, which fall beyond administrative divisions, provide alternative channels for the public to pursue legal protection.

Over the past eight months since it opened its doors in late 2016, Nanjing-based No. 3 Circuit Court has received 886 administrative litigation cases that filed by ordinary people against government agencies. That is half of the total cases it has handled, according to Jiang Bixin, presiding judge of the court.

Circuit Courts will help reduce local authorities’ interference in the court system, said Ying Songnian, a professor at the China University of Political Science and Law in Beijing. But under China’s current system, wringing out local interference will not be easy or swift, said Ying.

Too many top opinions?

A major mission of China’s Supreme Court is to unify law that is applied clearly and fairly throughout the land.

But with six Circuit Courts acting as satellites of the Supreme Court, the possibility of many and conflicting opinions is added into the mix.

“Different opinions are inevitable in the application of law. With the establishment of six Circuit Courts (that branch out the Supreme Court’s responsibilities), the problems may be more significant,” said Guo, the court director. Since Circuit Courts are given greater power and independence in settling cases, ensuring law is applied uniformly will require effort, Guo said.

Circuit Court judges will face a tough challenge in dealing with cases in such a diverse country and at a time when cutting-edge legal issues are being presented.

For example, as innovative financial products and businesses mushroom, it is increasingly difficult to use existing law to solve disputes, according Zhou, the judge of the No. 3 Circuit Court.

“The capital market has become increasingly virtual with technology development, with traditional laws based on physical transactions difficult to fit. Judges have to work out convincible solutions,” Zhou said.

Some Circuit Courts have quickly adapted to local conditions. Circuit Court No. 3 has set up teams specializing in finance, internet and the environment because disputes in these areas are prominent in the eastern region.

Judges at Circuit Courts with wider visibility and understanding of regional development are at the frontier in tackling such new legal issues and are already playing an important role in working out rules that can be applied nationwide, said Liu Haijun, a commercial law professor at Renmin University.