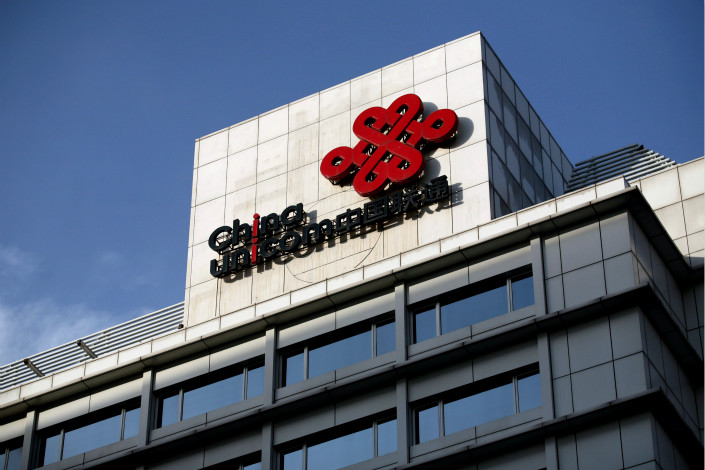 China Unicom has benefited from being the first state-owned enterprise in its class to roll out a mixed-ownership plan, allowing it to attract the nation’s four largest internet names as investors. Photo: IC

Observers and investors are generally positive about the prospects for large state-owned enterprises participating in a pilot plan to become more innovative through private partnerships, though time will be needed to show the new tie-ups can be effective.

Nearly two years after the program was first announced, at least three big state-run firms have unveiled plans to become more dynamic by selling stakes in themselves to private investors. The most recent of those saw China National Gold Group Corp. say it will sell 41% of its jewelry unit to eight private investors last week. Before that, telecom service provider Unicom Group announced a similar plan to sell shares in its Shanghai-listed unit. And in June, China Eastern Air Holding Co. said it will sell 45% of its cargo unit to a similar group.

Analysts and investors generally welcomed the first round of announcements, noting that the plans looked well-conceived to bring in strategic A-list investors like internet leaders Alibaba Group Holding Ltd., Tencent Holdings Ltd. and JD.com Inc. on terms that will benefit both strategic partners and small shareholders of existing publicly listed companies. Billions of dollars in new fundraising from stake sales will also provide the new partnerships with plenty of cash to experiment with new ideas.

“This shows that the government is ready to push this mixed-ownership reform for state-owned enterprises, and opens a window for these enterprises to absorb private funds into their ownership,” said Zhao Yang, an economist at Nomura. “Theoretically, it’s supposed to improve the governance of state-owned enterprises, and improve their resource allocation and enhance their market performance. That’s why the market at this stage takes it as a positive.”

Word of the mixed-ownership reform plan first emerged nearly two years ago, with about 10 companies named as the first to participate. All three plans announced so far have seen participants sell a large stake in one of their major respective units to strategic investors, and also make stakeholders of key managers and employees. Next, the companies will work with their new partners to try to develop new products and services that play on each other’s strengths.

Shares of two of the three companies in the program have performed well since the start of the year on high expectations for the plans. But they have also given back some of their gains after announcements of actual plans, as investors take profits following the longer run-ups.

Hong Kong-listed shares for China Unicom, the most widely watched of the plans announced to date, initially rallied 3.5% after the announcement, but then gave back those gains and are down by 3.8%. But they are still up 27% year-to-date on anticipation of the program. Similarly, China Eastern’s Hong Kong-listed shares initially rose 9% after its June announcement, only to give back all those gains to currently trade 5.6% lower. But they are still up 17% year-to-date.

Unicom has benefited from being the first in its class to roll out a plan, allowing it to attract the nation’s four largest internet names as investors, along with other high-pedigree partners like retailing giant Suning and ride-hailing leader Didi Chuxing, said Minsheng Securities in a research note. China National Gold also benefited from its early enrollment in the program to attract big names like e-commerce giant JD.com and leading brokerage Citic Securities.

“As the only entire group-level company in the pilot program, Unicom has been able to bring in some of the strongest strategic partners, pairing itself with their strength to improve itself and speed its ability to innovate and advance,” Minsheng said. “This will allow it to promote the reform of its mechanisms and systems, and improve its efficiencies and returns.”

Most of Unicom’s plans were roughly in line with market expectation, though its $11.5 billion fundraising target and decision to invite all four of China’s top internet companies to participate was slightly unexpected, said Jefferies analyst Edison Lee in a research note. “This may help lock them in to pre-empt future competition,” he wrote.

“I think it is an unprecedented (state-owned enterprise) reform in the sense of the amount of funds raised, proportion of board seats to be given to private investors, and the scale of the staff option plans,” Lee said. “I am particularly impressed by the design of the stock option plan, which set a low exercise price but very high operating targets with a three-year vesting period.”

Nomura’s Zhao commented that companies in the program so far are attractive to strategic partners because of their large size and often national reach. But such a model could be difficult to replicate among smaller state-owned enterprises that have far less influence and thus could offer much lower returns, he said.

“This kind of model may not necessarily be good enough for the local state-owned enterprises,” he said. “But it could work for the large ones.”