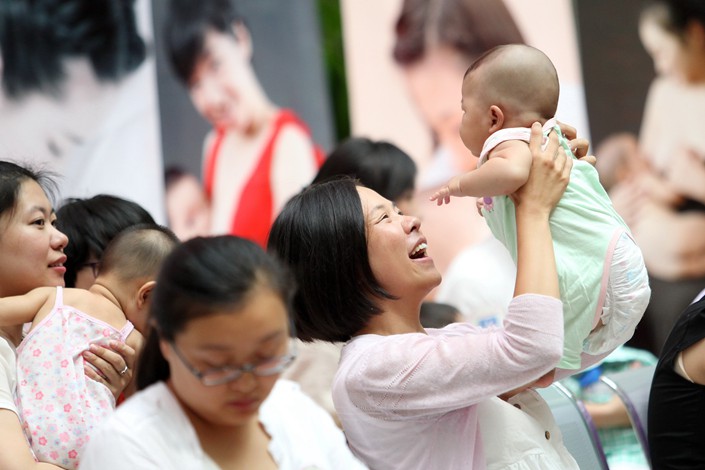 The number of women of childbearing age in China peaked in 2011 and is in decline, corresponding with the declining number of births. Photo: VCG

A population expert has painted a grim picture of China’s future demography as rumors swirl that the nation’s population is shrinking.

Tao Tao, a population researcher at Renmin University in Beijing, said the number of women of childbearing age, defined as 15-49, peaked in 2011 and is in decline, corresponding with the declining number of births.

The researcher was invited to speak at a routine press conference held by China’s National Health Commission (NHC) on Thursday, in which the government health planner indirectly responded to research that suggests China’s population is in decline.

“This issue is indeed of particular concern to society and the media. I have also seen that the media has recently reported some related issues,” NHC spokeswoman Song Shuli said in response to a question about claims China’s births were down 2 million last year. Official demographic figures for 2018 have not yet been released.

Last week, a report by two demographers went further — predicting that China’s fertility rate in 2018 could have been as low as 1.05, and crucially that deaths outnumbered births for the first time since the 1960s. The same day, a report by the government-backed Chinese Academy of Social Sciences predicted that China’s population will begin to shrink by 2027, three years earlier than the United Nations prediction.

The Chinese government abolished its one-child rule in 2016, replacing it with a rule that families have no more than two children, in efforts to mitigate the effects of a declining fertility rate, an aging population and dwindling work force. While births did rise that year, they fell again in 2017, when about half of babies born were second children.

As Tao listed factors affecting China’s declining fertility rate, she noted that the average age of women who give birth was rising because many are choosing to marry later in life — and more are choosing not to marry at all. Factors causing these delays include urbanization and higher education, she said.

Tao said there were around 10.63 million marriages in 2017, a decrease of 7% year-on-year. In the last three years, the average age at which women had their first or second child increased by a year, impacting both the number of births and the fertility rate.

“In surveys, people have found that there are some concerns about having children,” Tao said. “There have been loud calls for economic and social policies, such as in housing, employment, female labor protection, taxation, maternity leave, infant care, and so on.”

Song said that the National Health Commission will continue to closely monitor fluctuations in the population and work to implement “related economic and social policies.”

The National Bureau of Statistics is expected to release official statistics on China’s 2018 demographics later this month.