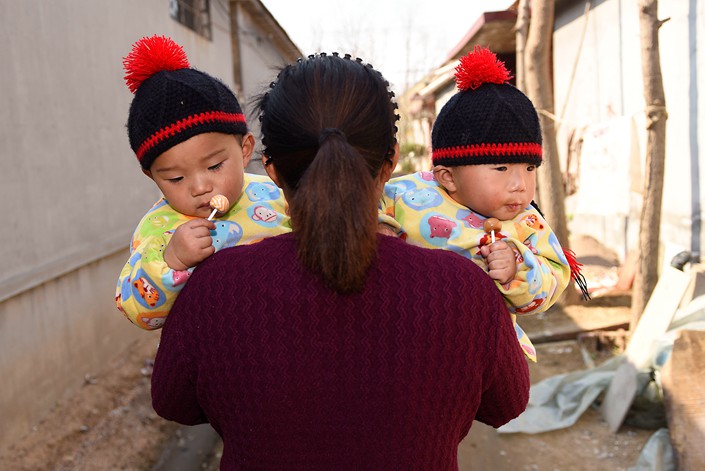 China’s labor force will face major turbulence in the coming decades as the working age population and overall population begins to shrink, according to a paper released yesterday by the government-backed Chinese Academy of Social Sciences (CASS). Meanwhile separate research says the population may have already started to dwindle.

The CASS paper, edited by Zhang Chewei of the Institute of Population and Labor Economics, warns that the slowing birth rate, dwindling workforce and aging population will “deeply and broadly influence socioeconomic development,” according to a statement (link in Chinese). The report predicts that China’s general population will “experience negative growth” — that is, begin to shrink — by 2027, three years earlier than a United Nations projection.

A shrinking working-age population is a “major variable for China’s economy,” the academy said in its statement. The growth of the digital economy also brings unique challenges to China’s work force, with the paper stressing that the government must place importance on digital talent and digital skills training.

“China must lower the threshold for digitization on a national level, improve low-skilled workers’ ability to use the internet, launch a large number of internet skills training courses, and lower the ‘technological divide’ between different groups,” the paper suggests.

But looming larger than the technical skills gap is the prospect of population decline, which the United Nations estimates will occur for the world’s most populous country in 2030. The CASS paper posits that if the total birth rate holds steady at 1.6 per year, the population will instead start to shrink by 2027.

Some experts view this timeline as optimistic. In an article published in Chinese outlet Securities Times, two demographers suggest that 2018 was China’s first year of negative population growth since the early 1960s. Authors Yi Fuxian from the University of Wisconsin-Madison and Su Jian of Peking University contend that inaccurate census results since the 1990s have skewed Chinese population estimates. Using UN data, data from China's National Bureau of Statistics, and independent research, they estimate that the fertility rate in 2018 may have been as low as 1.05. By their calculations, China had a withering 10.31 million births and 11.58 million deaths last year — which would make 2018 the first year the population shrunk since famines in the early 1960s.

This was disputed by demographer He Yafu, a longtime birth policy reform advocate often quoted in Chinese media, who claimed it was “not very likely” that deaths had yet outnumbered births, and estimated negative population growth might occur in 2023 at the earliest. Though official statistics will be announced in a few weeks, He said that births in 2018 may have dropped by as many as 2 million from the official 2017 figure of 17.23 million, which would be the second consecutive annual decrease.

Meanwhile, the CASS paper also warns of a decrease in China’s dependency ratio, which measures population productivity by comparing age groups not typically in the workforce — children and the elderly — with groups that are. The growing proportion of elderly dependents will weaken productivity, the press release said.