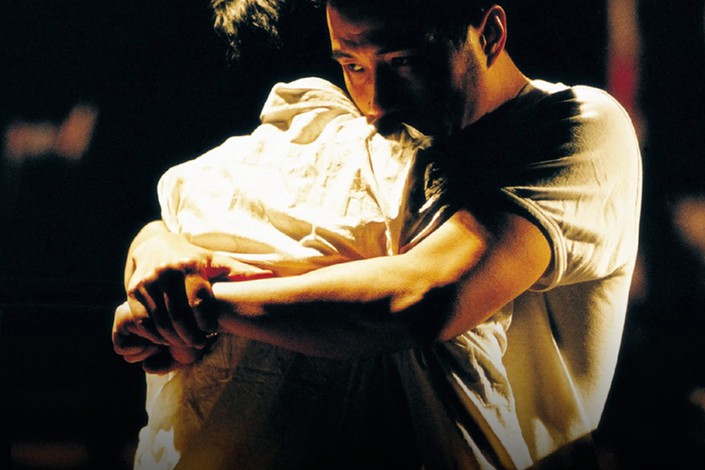 When Pan Suiming began studying China's gay community in 1993, there was so little awareness of homosexuality that people would stumble right into Beijing’s busiest cruising spots without ever noticing.

(Sixth Tone) — In 1993, I was appointed by China’s Ministry of Health to carry out a multicity survey on the country’s population of men who have sex with men, usually abbreviated MSM. Although I had been researching gender studies and sexuality for eight years by that point, I remember worrying about my fitness for the job.

The survey was part of China’s then-nascent HIV/AIDS prevention work. In those days, China not only had no LGBT organizations or openly queer celebrities to speak of, but the vast majority of Chinese, whether gay or straight, had never even heard of the word “homosexual,” which was generally in use only among psychologists.

Awareness of homosexuality was so low that people could stumble right into Beijing’s busiest cruising spots and never even notice. One time, while I was carrying out fieldwork in a small wooded area popular with the MSM community, a man and a woman walked past. Staring inquisitively at all the men scattered throughout the woods, the woman asked her companion what they were doing. He gave it a moment’s thought before concluding, “They're practicing qi gong,” referring to traditional Chinese breathing exercises.

Prior to working on the survey, I knew next to nothing about China’s gay population. I wouldn't have even known where to start had it not been for Wu Zongjian, a professor of Marxist studies at a Beijing university who researched sexuality in his spare time. Wu put me in touch with a gay friend of his, and this friend later introduced us to several other members of the community.

We spent the first few evenings standing around in various cruising spots, hoping to acclimate the men there to our presence. Eventually, some of them came over and struck up a conversation, giving us an opportunity to explain the survey and show them the questionnaire. Virtually everyone rejected us at first, and within a few days I realized that, no matter where we went, someone would quickly point us out and warn the others, “The survey guys are back.”

Still, the more curious among them would come chat with us, occasionally even agreeing to answer our questions. As time went on, we began to meet with a number of men who had actively tracked us down.

The reluctance of some to take part in our survey had to do with well-founded fears of exposure. Until the practice was officially ended in 1997, police officers would occasionally raid cruising spots and charge the men they found with “hooliganism.” Although the men we met quickly concluded that we weren't plainclothes police — reasoning that no cop would go through so much trouble to arrest them — they remained skeptical of our motives.

However, there was another factor for why the men we met would refuse to take part in our survey: Many said they just couldn’t believe straight people would ever take a genuine interest in their lives. A surprising number thought we were secretly gay and assumed the whole thing was some elaborate plot we had cooked up to get laid.

These concerns naturally led a few of them to test us. One time, we were rushed to a bathroom to confront two outsiders who, we were told, were posing as cops to extort money from some of the men, under threat of arrest. I never found out if that was in fact why the pair were there, or why we were assumed to be able to resolve the situation, but the two indeed ran off soon after our arrival — and we apparently passed.

At another point, a man who had already met me a few times — but previously expressed little interest in me or my survey — rushed over and began groping me to see if I would show signs of arousal. After a few awkward moments, he stopped, and I assured him I wasn’t lying about my sexuality.

Others refused to participate because they were disappointed in our unwillingness to advocate for gay causes. The sad truth was, back then, neither Wu nor I would have ever dared speak up on their behalf: The legal restrictions and social taboos surrounding homosexuality were too strong. Our evident aversion to activism understandably compelled some men to keep their distance.

The specter of HIV/AIDS also cast a pall over our work. Few Chinese understood the nature of the crisis, and even fewer knew how the virus was transmitted. We didn't make any attempt to conceal the fact that our survey was in the interest of HIV/AIDS prevention. This led some to resent our presence. Not wishing to be stigmatized as ill, a few of them even lashed out. “What damn illness?” a man once yelled at us. “I'm not sick! Get away from me!”

Today, some Chinese assume the most awkward moments we experienced during the survey must have been when men tried to pick us up. Nothing could be further from the truth: I only encountered this on one occasion, and it ended about as quickly as it began.

No, the most awkward situations were the result of my inability to balance my role as an objective observer with my human impulse to care for the men. Neither Wu Zongjian nor I were prejudiced against gay people, and we continually reminded ourselves not to pry into the lives of those we met. However, sometimes they would open up to us of their own accord, and I was constantly at a loss as to how to respond. Should I give them a shoulder to cry on? Could my meaningless words of comfort really bring them any solace? The next time we met, should I pretend nothing had happened, or should I ask them how they’re doing?

It was not until 1997, when I began a series of live-in studies of female sex workers, that I gradually began to get comfortable with this aspect of fieldwork. Only then did I realize just how much my brief interactions with the MSM community would come to define my academic interests and methods.

China’s LGBT population is in a much better situation now than it was 25 years ago. Although surveys I carried out from 2006 to 2015 show that social support for gay rights remains limited, today there are openly gay celebrities and a small but burgeoning activist movement.

When I first began my MSM studies, I was a young researcher just starting to get acclimated to fieldwork. Looking back, I owe a significant debt of gratitude to the men I met that year. Not only the hundred or so who took part in the survey — one of the first of its kind in Chinese history — but also the more than 1,000 who treated me with kindness and warmth, despite fears of exposure. Their words and deeds opened my eyes and changed the way I look at the world. When I think about the importance of equality, I think of them.

This article was originally published in Sixth Tone. It was excerpted and adapted from the book “Wo Zai Xianchang: Xing Shehui Xue Tianye Diaocha Biji” (I'm on the Spot: Field Survey Notes on the Sociology of Sex), which was published in 2017 by Shanxi People’s Publishing House.