China Confident It Can Double New-Energy Vehicle Sales by 2020

By Liu Yukun and Timmy Shen 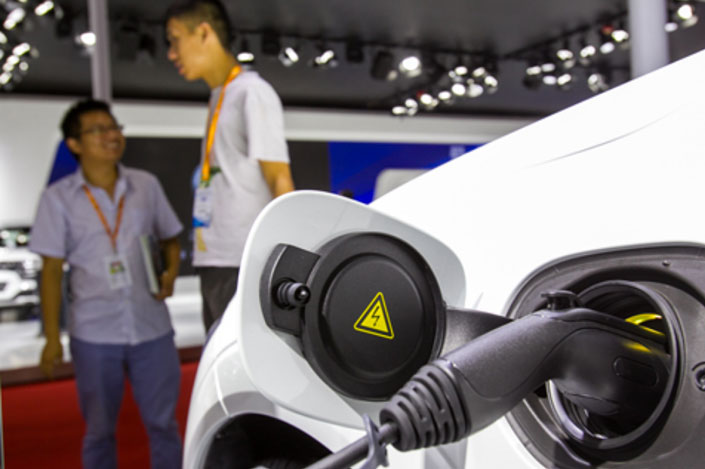 The domestic industry’s sales boom has been largely the result of government support. Photo: VCG

China’s automotive industry will be able to reach the goal of producing and selling 2 million new-energy vehicles in 2020, even though the industry continues to rely heavily on government subsidies to sell them, Miao Wei, China’s minister of industry and information technology said Thursday.

In an interview with state broadcaster CCTV, Wei said that ministry will pay close attention to the quality and safety of new-energy vehicles, and that he’s confident that their production and sales numbers will reach the 2 million mark in 2020.

China has seen a rapid rise in new-energy vehicle sales, with last year’s sales jumping 83% year-on-year to 1.01 million units, according to data from the China Passenger Car Association (CPCA).

Shi Jianhua, deputy secretary-general of the China Association of Automobile Manufacturers (CAAM), has said publicly that the industry expects sales of new-energy vehicles in China will exceed 1.6 million units in 2019, putting the 2 million vehicle goal within reach.

However, the domestic industry’s sales boom has been largely the result of government support, and strong underlying consumer demand has yet to materialize, according to a report by the Center for Strategic and International Studies, a U.S. think tank. Between 2009 and 2017, Beijing spent a total of 393 billion yuan ($56.6 billion) to promote the development of new-energy vehicles, according to the report. Such measures included sales subsidies, government procurement, sales tax exemptions, and research initiatives, among other things.

In early 2018, however, Beijing started to cut back on its subsidies as part of its broader plan to abolish all subsidies after 2020. The government has also instituted a “dual-credit” system, under which all automakers must obtain a specific number of credits that are linked to how many new-energy vehicles they produce. Those who fail to meet their quota are fined or required to purchase credits from other car makers. In effect, the policy requires all automakers to produce a certain number of new-energy vehicles.

Automakers have raised concerns that the dual-credit policy mainly drives the production side of the industry but does not mean that the new-energy vehicles can be sold given demand is not yet mature enough. Ji Qiwei, Chevrolet China’s head of marketing, told Caixin earlier that there is a gap between the government’s desire to boost new energy vehicles — to jump-start a new growth industry and reduce pollution — and the actual consumer desire for the product. There needs to be as sufficient desire from consumers to purchase new-energy vehicles to match their production, which may be thrown into question if purchase subsidies are phased out completely.