By Tang Ziyi and Liu Denghui 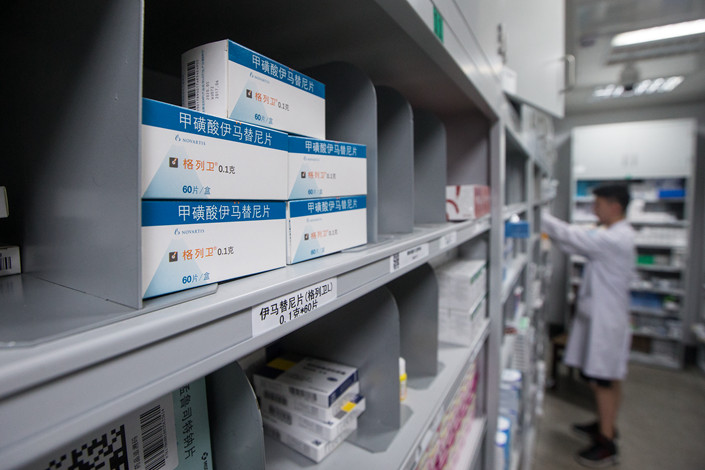 China had 4.29 million new cases of cancer in 2015 and 2.81 million deaths, according to figures from the National Cancer Center. Photo: VCG

A provincial government will allow three pharmaceutical companies to continue setting their own prices for a high-profile cancer drug in a rebuke of central health authorities’ efforts to roll out a centralized procurement plan.

China’s State Medical Insurance Administration and the National Health Commission released a regulation in August requiring cancer-drug manufacturers to bid for the right to supply hospitals across the country in an attempt to put downward pressure on prices.

Three pharmaceutical companies that supply hospitals in Central China’s Henan province with the leukemia drug imatinib, better known by the brand name Gleevec, failed to bid, and continued selling their drugs there in violation of the regulation.

Now, a local government office in Henan province has said that due to a failure to reach agreement with the firms, they will be allowed to continue supplying the medicines to prevent a shortage.

The decision means that unlike cancer patients elsewhere in China, those in Henan will not see the cost of treatment drop. Jiangsu Chia Tai Fenghai Pharmaceutical Co. Ltd. in Shanxi reportedly cut the price of its Gleevec generic by 33% early this week.

According to the Wall Street Journal, which cited data from Credit Suisse, bid winners in China cut their drugs prices by 46% on average, and some taking cuts of more than 90%.

The bidding procedure in Henan province requires pharmaceutical firms to apply for prices no higher than the lowest national price, and to have industry experts suggest a price.

Gleevec is well-known for having had a fictionalized pseudonym featured in the hit Chinese film “Dying to Survive,” in which desperate patients who cannot afford to pay for the foreign import resort to smuggling generic drugs into China from overseas. The surprise hit brought attention to the plight of many in China who cannot afford drugs for major illnesses, and led China’s State Council to call for action on the price of cancer drugs.

China had 4.29 million new cases of cancer in 2015 and 2.81 million deaths, according to figures from the National Cancer Center. Lung cancer was the most common cause and rural residents were the worst affected.