Editorial: Weathering a Slowing Economy is Not Just About Austerity 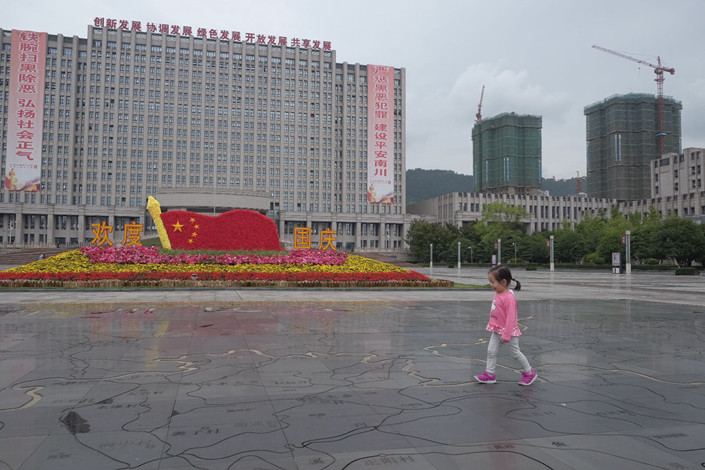 “Tightening our belts” has become a hot catchphrase for officials from central ministries and local governments. Since the 2008 economic crisis, the term has been looming and fits with the ups and downs of China’s economy. Nowadays, it is mentioned quite frequently — and this significant signal naturally deserves attention.

The mentions of austerity are related to the more-vigorous tax- and fee-reduction measures announced in recent years. But they also relate to increasing downward pressure on China’s economy, the sharp drops in fiscal revenue, and the rigidity of fiscal expenditures. In addition to careful calculations and improvements to the quality and efficiency in the use of funds by governments at all levels, China must fundamentally improve its economic efficiency and the distribution structure of national income so that enterprises and the people can live a better life. In other words, we need a deeper understanding of “tightening our belts.”

While the push for austerity has been brought about by the current economic situation, the government has also taken the initiative. After many years of “good days,” days of “tighter belts” are inevitable and beneficial. According to the latest official data, in the first three quarters of 2018, the national general public revenue increased by 8.7% year-on-year. However, in October and November, it declined year-on-year for two consecutive months, with tax revenue seriously declining relative to the same period in 2017.

The stage of high-speed growth in national fiscal revenue has passed. On the basis of previous policies, the State Council has recently decided to introduce a number of preferential tax-reduction measures for small and micro enterprises. The finance and taxation bureaus have often said that they will implement larger-scale tax and fee reductions this year, which will inevitably increase financial pressure. If this austerity can make the government have more strict financial discipline and more stringent budget management, this is a good thing that should become the norm. Governments at all levels must not regard “tightening our belts” as an emergency measure during an economic downturn.

The issue of local debt should also be taken into account during these days of austerity. Though initial steps to control the scale of China’s local debt have seen some success, the next few years will see debt repayments peak. Some scholars estimate that 2021 through 2023 will be the most stressful years for local governments to repay their debts. Local governments will have to live through days of austerity and strengthen debt management, control implicit debt, and take steps to replace debt. Only in this way can they survive the hard days of debt repayment, ensure financial sustainability, and gradually resolve the debt risk.

Many years ago, the government put forward the idea of austerity, mostly starting by reducing general expenditures, including calling for the suspension of the construction of large halls, and by reducing extra costs incurred by officials while traveling or when receiving guests. Subsequently, with the greater consciousness of austerity comes the understanding that we should not continue to invest inefficiently and build infrastructure with an unsatisfactory cost-to-benefit ratio. Instead, we should deepen reform in an all-around way to significantly improve the efficiency of China’s economic growth.

To some extent, isn’t the current austerity the result of years of inefficient investment? Recently, domestic monetary, infrastructure, real estate and other policies show signs of easing, causing concern from all walks of life. If the monetary and fiscal stimulus continues to increase, but the effectiveness is weaker and weaker, the days ahead may be even more difficult. Recently, there has been much debate about whether China’s deficit rate should exceed 3% in 2019. This important issue deserves to be discussed in depth and in detail. However, since the government is going to “tighten its belt,” the deficit rate should not be allowed to run unchecked.

Of course, in order to be more economically strict, we must maintain pressure, optimize the structure of fiscal expenditure, and not spend money that doesn’t need to be spent. Today, China’s economic development has witnessed tremendous achievements, but there are still a large number of historical overdue debts in the form of poverty alleviation, agriculture, rural areas, people’s livelihood, structural adjustment, scientific and technological innovation, ecological and environmental protection; and shortcomings still remain — especially in the areas of pensions, health care, education and housing. In the future, it is necessary to further increase relevant financial input, gradually realize the equalization of basic public services, and better maintain social equality. At the same time, we should implement budget performance management in an all-around way, continue to reduce unnecessary government expenditures, and improve the efficiency and transparency of the use of financial funds.

Although the conclusions of the specific data are different, scholars at home and abroad generally agree that if China can significantly reduce systemic costs through structural reform, China’s economic growth rate can significantly increase even with the same input. Passive austerity is the price that China’s economy pays for the slow progress of key reforms and the poor matching of various reforms. There is no way to improve the efficiency of China’s economic growth except through further reform.