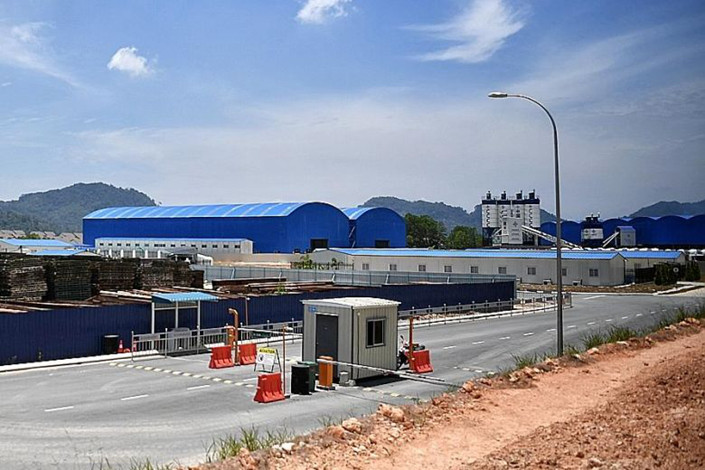 Work on the 688 kilometer (428 miles) railway line linking the east and west coasts of Peninsular Malaysia has been suspended since last July, as part of the new Pakatan Harapan administration's review of large-scale infrastructure projects after the coalition won the elections in May.

Negotiations to reduce the project cost — initially pegged at 55 billion ringgit when the plans were launched in November 2016 — have continued with CCCC since then, with government adviser Daim Zainuddin leading the talks.

The Straits Times understands that the government laid down a maximum cost of 40 billion ringgit and asked for more local products and services to be included in the works. However, CCCC could not meet these requirements, resulting in negotiations coming to an end.

CCCC did not respond to a request for comment.

Daim told reporters yesterday that the railway project is still on, with negotiations still ongoing. He did not elaborate who the ongoing negotiations were with.

CCCC was originally awarded the engineering, procurement, construction and commissioning contract for the ECRL, which was to be funded by Malaysia taking a soft loan from Export-Import Bank of China to cover 85% of the cost. The remaining sum was to be raised from local bond issues.

The ECRL was among a handful of China-funded mega infrastructure projects entered into by the previous Barisan Nasional government that was scrutinized by the new administration in a bid to tackle state debts totaling over 1 trillion ringgit.

Two pipeline projects with China costing 9.4 billion ringgit were cancelled after the government found that only 13% of the works had been completed despite nearly 90% of the project sum being paid out.

Prime Minister Mahathir Mohamad had described the ECRL contract as "strange" in an interview last July.

"That contract is strange," Mahathir told business paper The Edge.

"The contractor must be from China and the lending is from China. And the money is not supposed to come here but (kept abroad) to pay the contractor in China," the paper quoted him as saying.

Touted as a game-changer when it was first launched, the ECRL was meant to be a land bridge linking Kuantan Port with Port Klang that would allow shipped cargo to bypass Singapore.

Construction sites along the 12-passenger station route have been left abandoned since the stop-work order was issued in July.