Pork in China Is Now Selling for Less Than Cost Price 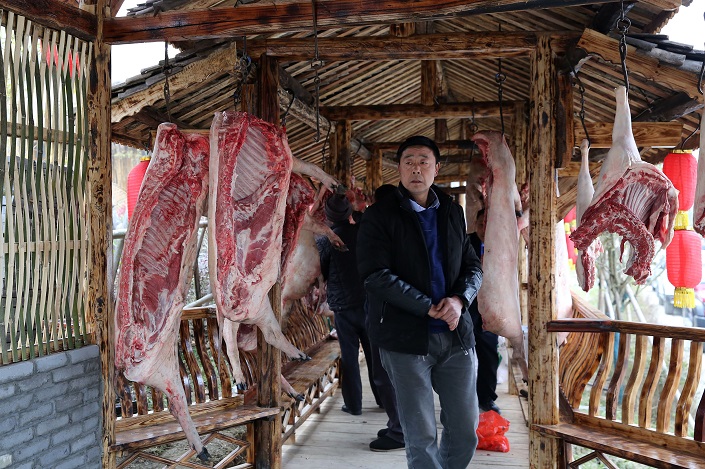 Pork prices in China have fallen below their production cost, meaning farmers are selling their animals at a loss, data released Tuesday shows.

The price of lean pork meat in northeastern China and Inner Mongolia, two of the top pork-producing regions, were at 8.5 yuan ($1.25) and 7.5 yuan per kilogram, respectively, as of Tuesday, according to industry consultancy Soozhu.

On average, a kilogram of pork in China costs 12.5 yuan to 13 yuan to produce.

Pork prices have been plummeting since late last year after farmers rushed to slaughter their pigs before they were contaminated by African swine fever. By mid-December, prices in the northeast provinces had fallen 31% from a year earlier, Bloomberg reported.

Because farmers worried about the disease aren’t restocking their farms with as many pigs, fears are growing that pork prices could rise significantly again later in 2019 due to reduced supply.