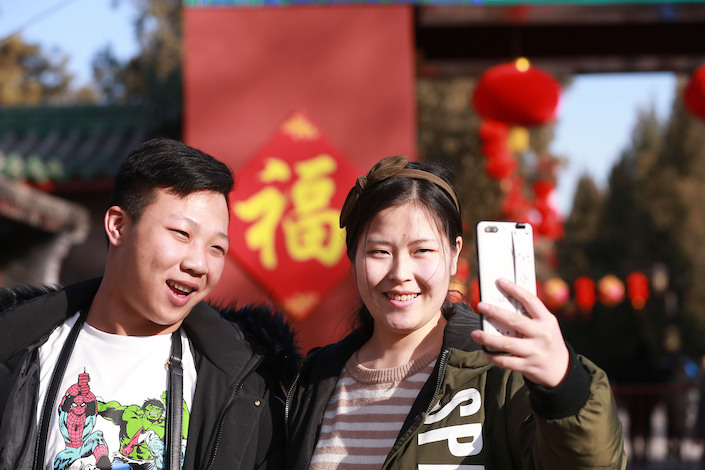 They are confident, carefree and spend over $7,000 a year on luxury goods - even before they turn 21.

Meet China’s Generation Z. Spoiled by parents and grandparents for being the only child in their families, these youngsters are living it up compared to their cautious, conservative peers in the West, according to a new survey. They are pumped up about the future and not worried about their career prospects or international politics, notwithstanding a trade war at their doorsteps.

A study by research firm OC&C Strategy Consultants, reveals marked differences in attitude and lifestyle among young Chinese adults. The findings also help explain why the largest luxury brands are so dependent on continued splurging in Asia’s biggest economy.

“This is a generation that has never known worry, so they spend more and save less,” said Adam Xu, a partner at OC&C based in Shanghai. “We don’t know if they’ll grow up to be successful but we do know that they are already a significant spending force that consumer brands must pivot towards.”

China’s Generation Z landed in an unusually sweet spot. Products of the country’s one-child policy and its astronomic economic growth in the 1990s and 2000s, these children didn’t have to share while growing up and saw only an ever-rising wealth creation.

By contrast, their peers in the U.S. and Europe witnessed the 2008 financial crisis and its brutal aftermath, are graduating with historically high student debt, may not earn enough to afford a roof over their heads and are seemingly more politically conscious than in the past.

The survey questioned 15,500 people born in 1998 and after, across nine countries including Brazil, France, Germany, Italy, Poland, Turkey, U.K. and the U.S. Almost 2,000 youngsters were from China.

Chinese Generation Z accounts for 15% of their household’s spending in the survey compared with 4% in the U.S. and the U.K. Although the vast majority are not yet drawing a salary, they’re big on consumption.

Related: Shanghai’s ‘Golden Era Is Over’ for Mom and Pops as Economy Struggles